Taliban agree to a 14-month period for troops’ withdrawal: sources 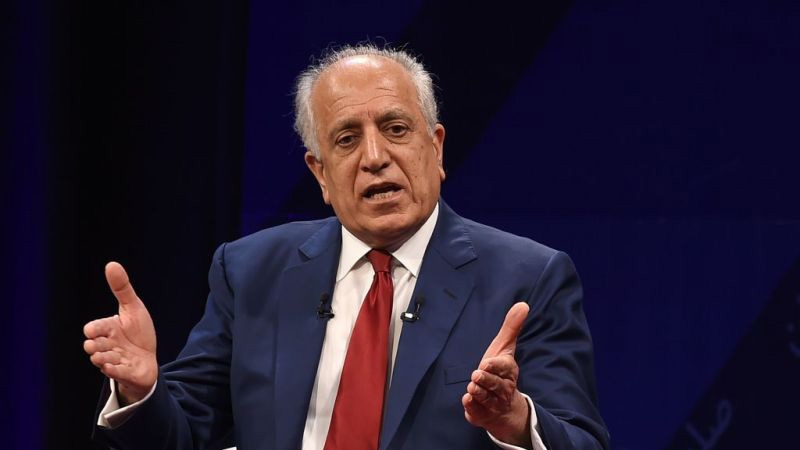 Taliban negotiators have offered the United States a 14-month timeframe for withdrawal of foreign forces, sources familiar with the peace talks in Qatar have said.

Decision on a specified period of time for withdrawal of the American and other countries troops had been one of the key issues the Taliban and the US have been discussing since they started talks in October.

Daily Times has learnt that head of the Taliban political office Mullah Abdul Ghani Baradar had agreed to the 14-month timeframe for withdrawal of the US and NATO troops. Senior Taliban leadership was not happy at Baradar’s flexibility as the leaders were not informed about his offer, a Taliban source said.

“Baradar has conveyed the decision to the top leaders,” according to the sources, adding Taliban had earlier agreed to a nine-month period while the US had suggested 18 months.

A Taliban official in Qatar, however; said all issues are under discussions and there has been no final decision so far.

“As consultations are continued on all these issues, so we cannot offer any formal response. We will make announcements after we finalized these issues,” the official told Daily Times. He requested not to be identified as he is not authorized to speak to the media on-the-record.

The US had initially demanded a three-year time for withdrawal of the NATO forces; however, Taliban political representatives did not agree and wanted withdrawal in few months.

Both sides have held eighth rounds so far and there is strong possibility the peace deal is concluded in the next round.

Taliban political spokesman Suhail Shaheen has, however; said no date has been decided for signing of agreement with the US.

“A decision for the announcement of a date to sign the agreement will be decided when several remaining details are finalized. We are confident that Afghanistan will once again got real independence and the nation will be proud of it,” the Taliban spokesman said in a tweeter post at the weekend.

Taliban and American negotiators were confident to finalize the agreement during the eighth round of talks earlier this month but they could not remove difference regarding ceasefire, sources told Daily Times.

A Taliban source said the US envoy had earlier agreed that the Taliban would declare ceasefire in those areas from where the US and NATO troops would start withdrawal, but he changed mind. Taliban disagreed with the US demand on ceasefire and reiterated their stance that ceasefire will be decided in the intra-Afghan dialogue, which will start within two weeks after the US and Taliban formally conclude the peace deal to end the 18-year of war in Afghanistan.

The US side had been insisting on ceasefire as part of a comprehensive peace deal but the Taliban had refused to accept this condition and insisted that they would discuss this issue in the intra-Afghan dialogue.

Taliban had serious concerns that the US condition for ceasefire at early stage was aimed at weakening the Taliban fighting capability in the presence of NATO forces but Taliban had ruled out ceasefire until the US publicly announces withdrawal of troops.

Sources said Taliban are involved in hectic consultations to accord approval to the possible deal that is expected to be finalized in the next round.

The political has formed a three-member team to brief the leadership about the progress in negotiations. The team is comprised Qari Deen Muhammad, Shahb ud Din Dilawar and Jan Muhammad Madani.

Last week President Donald Trump met with his key security aides on Afghanistan, who later tweeted he had a “very good meeting on Afghanistan. Many on the opposite side of this 19 year war, and us, are looking to make a deal – if possible!” As the Taliban and the US are closer to conclude peace deal, diplomatic efforts have been stepped up for the intra-Afghan dialogue to be followed by the announcement of the peace agreement. Chinese Special Envoy for Afghanistan Ambassador Deng Xijun met Afghan Foreign Minister Salahuddin Rabbani in Kabul on Sunday and discussed offer to host the intra-Afghan dialogue, the Afghan foreign ministry said.

China is among several countries which had offered to host the intra-Afghan dialogue if all sides agreed to such a role. China hosted Taliban political representatives in Beijing in June as part of its efforts to help in Afghan peace process.

Ambassador Xijun assured Rabbani that China will continue its assistance in the Afghan reconciliation process. Rabbani lauded the role of China in the peace process and described the country as the best friend of Afghanistan, according to the Afghan foreign ministry.

Officials in Islamabad told Daily Times that the Chinese special envoy will also visit Pakistan soon for talks on cooperation of the two countries in Afghan peace process.

Meanwhile, US Special Representative for Afghanistan Reconciliation, Zalamy Khalilzad, tweeted late Monday that the priority must be an honorable and lasting peace and a sovereign and united Afghanistan at peace with itself and posing no threat to any other country.

In earlier tweets he condemned the deadly blast at a wedding ceremony in Kabul late Saturday which killed 63 people while injuring over 180 people, and called for intensifying peace efforts. Daesh had claimed responsibility for the attack that was also condemned by the Taliban political spokesman Suhail Shaheen as a “barbaric act.”

“We must accelerate the Afghan Peace Process including intra-Afghan negotiations. Success here will put Afghans in a much stronger position to defeat ISIS,” Khalilzad tweeted.