Opp set to hold protest rally in Lahore against ‘rigging’ 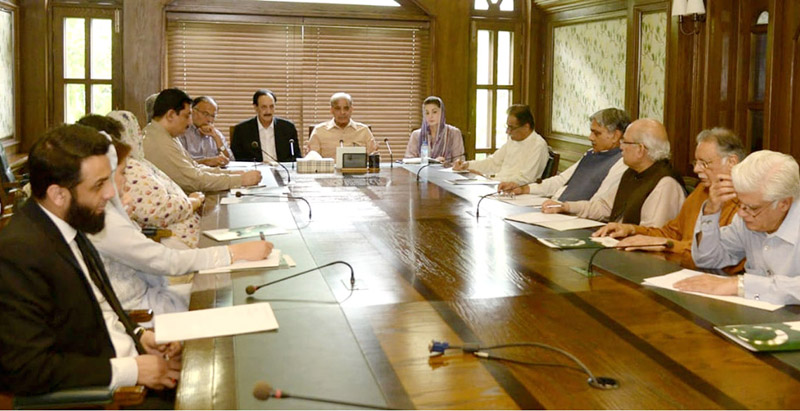 The stage of protest rally will be set at Lahore’s historical Charing Cross on Mall Road. The event will be hosted by PML-N’s local chapter, and all the opposition parties are likely to attend.

Briefing media after the meeting, Ahsan Iqbal said the government is trying to escape from the no-confidence motion against the Senate chairman. He said Sanjrani should morally resign as he has lost the confidence of the Upper House.

Ahsan Iqbal said the PML-N’s alternate leadership is ready in case the existing leadership is arrested by the government. “We condemn the arrest of former prime minister Shahid Khaqan Abbasi as it shows a sheer vengeance against the PML-N,” he said. “Such arrests cannot make us budge from our demand of seeking justice for incarcerated supreme leader of party Nawaz Sharif,” he said.

He urged the chief justice to take notice of the video of accountability court judge Arshad Malik and demanded that Nawaz Sharif be released from the jail immediately.

Talking to media after the CEC meeting, Maryam Nawaz said she will definitely go to Faisalabad to lead the protest rally against the government despite all the restrictions being imposed on her. “It is my first protest rally but the government is creating hindrances as the district administration of Faisalabad isn’t allowing me to hold the rally,” she said. “PML-N is the party of masses and we cannot be suppressed by such arrests and detentions,” she said. Rejecting any sort of deal with the government, Maryam said that no one can dare to contact her for any ‘deal’. She was of the view that Nawaz Sharif wouldn’t have been in the jail if he was interested in making a deal. “Nawaz Sharif and Maryam Nawaz cannot ditch the democracy by making a deal with the government,” she said, and added that she continues to receive certain messages from here and there. “The entire military leadership is with Imran Khan on the US tour which shows that the world powers know very well to whom they should talk to … and therefore Imran had to take them along,” she concluded.