What could Jordana Brewster’s return to ‘Fast & Furious’ franchise mean? 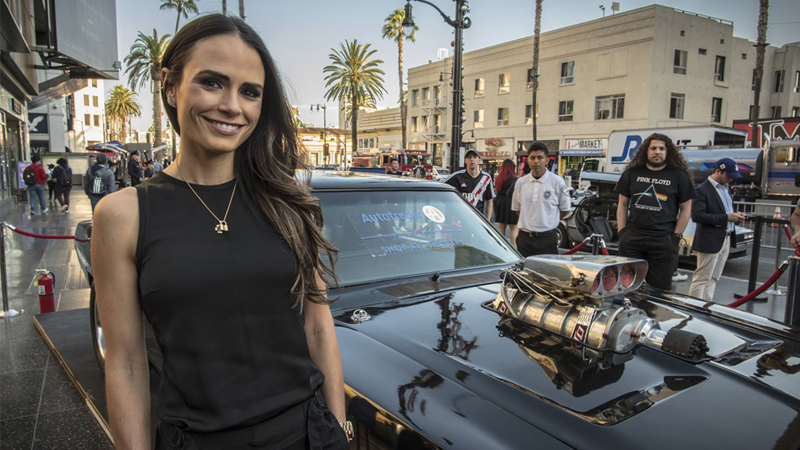 With the death of actor and philanthropist Paul Walker in 2013, Brian O’Conner, one of the three protagonists of ‘Fast & Furious’ series, had to take leave. Another character who had to go off the screen because of this incident was that of Brian O’Connor’s girlfriend Mia Toretto, played by model-turned-actress Jordana Brewster. We remember that in the end of the seventh film of the franchise, Brian decided to leave the business and live his life with Mia Toretto and his son in peace. This change in the script was made by the franchise in order to take a less sad route after the sudden and shocking death of Paul Walker. But it has been reported that Mia would rejoin ‘Fast & Furious’ franchise along with her young son in ‘Fast 9’. The filming has begun in London and the film is being directed by John Lin. Vin Diesel who is playing Dom Torreto, the most famous character of this car-centric film series, posted a video of himself and Michelle Rodriguez on his Instagram page, after completing the first day of shooting, thanking their fans for believing in them and supporting this franchise over the years. Although, Jordana Brewster played Mia in five of the eight ‘Furious’ films, the importance of character has always remained questionable, in fact, in the last few films, Mia’s role was just reduced to a caring partner present often on the other side of the phone giving emotional support to Brian. Would Mia’s reunion with the ‘Furious’ family, in the absence of Brian, be able to improve the importance of her role in the film remains the question. Whatever might be the case, we all know that Brewster was not able, in point of fact she wasn’t even ready, to give a proper goodbye to the ‘Fast & Furious’ family because of a sudden change in the story after Brian’s demise. Bringing her back, I think, is a fair move because it’s not certain that rather she is going to be a part of the 10th film in the series, she can at least give a proper goodbye in ‘Fast & Furious 9’. She herself said, “I didn’t say ‘goodbye’. It wasn’t a choice.