Modi, the Zia-ul-Haq of India

The most divisive and the biggest electoral exercise on the planet is over. Modi is back with a bang as Bharatiya Janata Party (BJP) has bagged 302 of the 542 seats; up from the 282 seats in 2014 Lok Sabha elections. The opposition Indian National Congress (INC) trails far behind with 52 seats. Apart from other factors, it is the result of the Congress-led baffled opposition’s spectacular failure to put up any powerful counter-narrative to Modi’s brand of politics underpinned by communal bigotry and jingoism.

By putting the seal of approval on his Hindutva-oriented policies and posture, the majority of the Indian electorate has handed Modi an emphatic mandate to rule India with an enhanced constitutional legitimacy. The question, then, arises: what does Modi’s landslide electoral victory mean for India, Kashmir and Pakistan?

Arguably, his tainted past as the Gujrat chief minister and the lacklustre performance of his last tenure as the PM do not inspire any confidence. Modi was unable to materialise his development agenda, so he advertently veered towards the politics of exclusion and hatred by letting the genie of communalism out of the bottle at the cost of secular ideals critical to territorial unity of India. Consequently, the Hindutva forces unleashed a reign of terror against the minorities with a strategic focus on Muslims who remained the worst victims of Modi’s politics of religious fanaticism. The founding ideal of India’s First Republic shall face a greater onslaught as the proponents of Hindu supremacy, shall see the victory as some sort of general endorsement. The Hindu extremists had long sought to alter the socio-political and constitutional fabric of the country by institutional and societal de-secularisation of India. 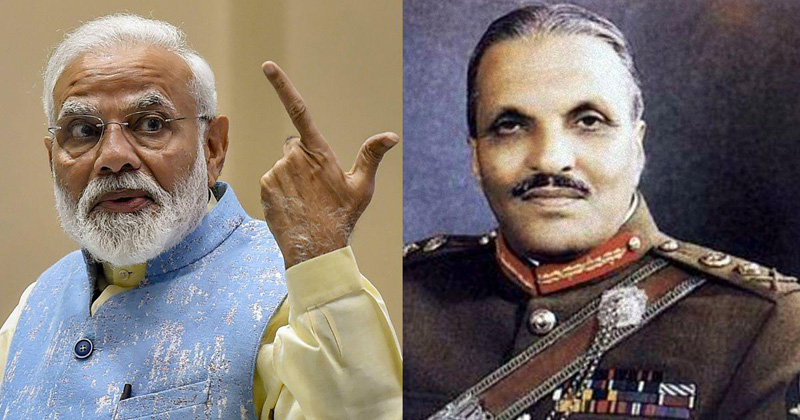 Some elements in Indian intelligentsia, strategic community, media and politics mourn the hundreds of years of so-called humiliation of Hindus at the hands of Muslim invaders and rulers. Such bigoted quarters view the creation of Pakistan as the vivisection of ‘Mother India’ and unholy extension of Muslim rule in the Indian sub-continent. Thus, India under Modi is set to suffer further de-secularisation of state and society with disastrous consequences for its social cohesion and territorial integrity anchored in its democratic and secular ethos. Unfortunately, dissenting voices, civil society, liberal media sections, secular intelligentsia stand hounded and haunted by both state and the purveyors of Hindutva. The current electoral win for Modi implies that the majority of Indian voters have bought Modi’s Hindutva Doctrine by endorsing his ‘Hinduization of India’ project that will continue apace with increased momentum and reduced resistance. Considering his mad march to the Hinduization of the state, he is the Zia-ul-Haq of India in the making.

Buoyed by the economic growth and the US appeasement, India, under Modi, wants to be viewed as a great power with absolute regional hegemony

Kashmir continues simmering with violence and unprecedented human rights violations by the Indian security apparatus. Modi wants to break the status quo on Kashmir by stripping it of her special status under article 370 of the Indian constitution. In the wake of resounding electoral success, the BJP govt shall tend to show greater arbitrariness by readily resorting to brute force against the indigenous resistance movement in Kashmir. Such policy of oppression and repression is bound to create a further backlash from the Kashmiris, with grave repercussions for Indo-Pak ties.

Notwithstanding the optimism shown by Pakistani PM Imran Khan, India, under Modi, finds no incentives in peace with Pakistan as the latter is the antithesis to the Indian regional and global agenda. It is important to note it was the national security focused on Pakistan-bashing and the concept of muscular India that Modi sold to the voters. Now firmly secure in high office, he is likely to adopt a more muscular and aggressive policy towards Pakistan. Being buoyed by the economic growth and the US appeasement, India, under Modi, wants to be viewed and treated as a great power with absolute regional hegemony in South Asia. The Indian hegemonic designs are in conflict with Pakistan’s desire for peace and dialogue. India considers Pakistan as the biggest barrier in the way of its regional dominance. Therefore, Modi seems to have resolved to solve the ‘Pakistan Problem’ once and for all by multi-pronged kinetic and non-kinetic pressure on Islamabad. Under a well-planned and long-term strategy, Modi will continue bleeding Pakistan by beating the war drums and mounting pressure along LOC. The unfolding economic meltdown of Pakistan shall be exploited by India to its advantage by maintaining the menacingly offensive posture towards the former that will find it harder to meet the escalating cost of defence. Therefore, it will be unreasonable to expect any meaningful and result-oriented engagement with New Delhi as Modi tend to mobilise anti-Pakistan narrative for political mileage by diverting public focus away from domestic issues of human security to national security. Any Pulwama-like attack in Kashmir shall motivate Modi to blame Pakistan and go for another military misadventure with unknown consequences in the presence of nuclear weapons.

However, Modi can make the constructive use of his inflated electoral mandate by resuscitating secular India, promoting communal harmony, ending human rights violations in Kashmir and reviving peace dialogue with Pakistan. With the opposition electorally vanquished and his fortified mandate, he is in a better position to make bold and positive domestic and foreign policy choices that shall ensure an inclusive India and peaceful region. It is time Modi acted like a statesman, not like a medieval maharaja to the detriment of India and the region.