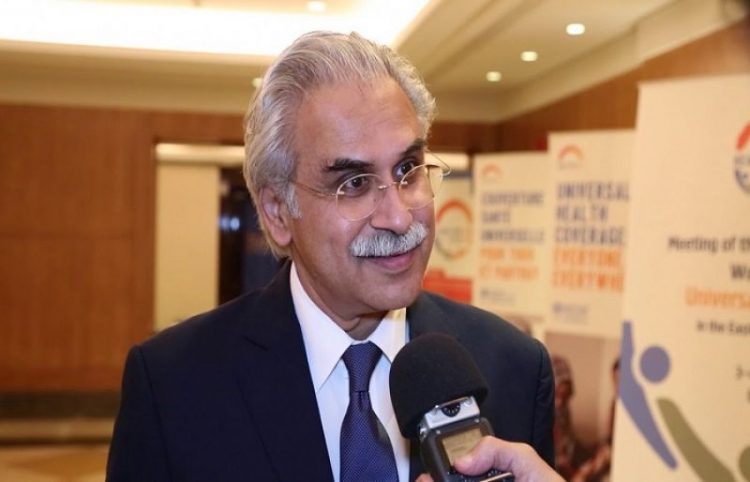 Adviser to the Prime Minister for Health Dr. Zafar Mirza has said that outbreak of HIV in Ratodero has not only shaken the country but entire world adding when he was in Geneva he was also asked about surfacing of HIV.

He said root cause of large number of children must be detected. He was addressing press conference at Darbar Hall here on Thursday after presiding over high level meeting on the issue with Sindh authorities. He said his purpose for coming to Larkana was to see what Sindh government had done but he was satisfied with the work of health department.

Dr. Zafar said that some of the causes are very common such as usage of same syringe, transfusion of contaminated blood, infection in the hospitals, unsafe sex and so forth. He said when the parents of affected children were tested most of them were negative, which means they were infected from other sources.

He said federal government along with UNICEF, WHO, UNAID, Aga Khan Foundation, Aga Khan University Hospital and other organizations is cooperating with the Sindh government in this connection and they will continue to coordinate till root cause is detected, he added. He said we should keep away health issue from the politics. He said we have 5,000 kits in stock at the moment which will be provided to the provincial government.

He said if more kits are needed then these will be imported because it is our collective issue. Dr. Zafar said that instead of relying on Global Fund we should rely on our own resources which should be our priority. He suggested that health department needs improvement not only in Sindh but across Pakistan.

He said soon a meeting will be held with the manufacturers of disposable syringes so that these could be wiped out of Pakistan after a time limit; for which regulation will also be revisited. He also reiterated that media should refrain from disclosing names of affected persons and report responsibly.

Sindh Health Minister Azra Pechuho said that kits and other related facilities have been requested from the federal government. She said till Eid we will be able to get final number of HIV positive cases in Ratodero and adjoining areas and if cases increased then screening will continue even after Eid.

She said three teams of Aga Khan Hospital are working here free of cost. She disclosed that auto-lock syringes stock is not even available but we will ensure that in future these syringes are used in all government and private hospitals.

Dr. Zafar Mirza and Dr Azra accompanied by senior doctors later visited HIV/AIDS Treatment & Care Center and ART Ward. Dr. Mirza on the occasion also directed the concerned authorities to check the record of affected children of 1-5 years whether they were vaccinated or if there was any issue in the vaccination syringes. They also visited Ratodero camp and talked to the children and their parents.