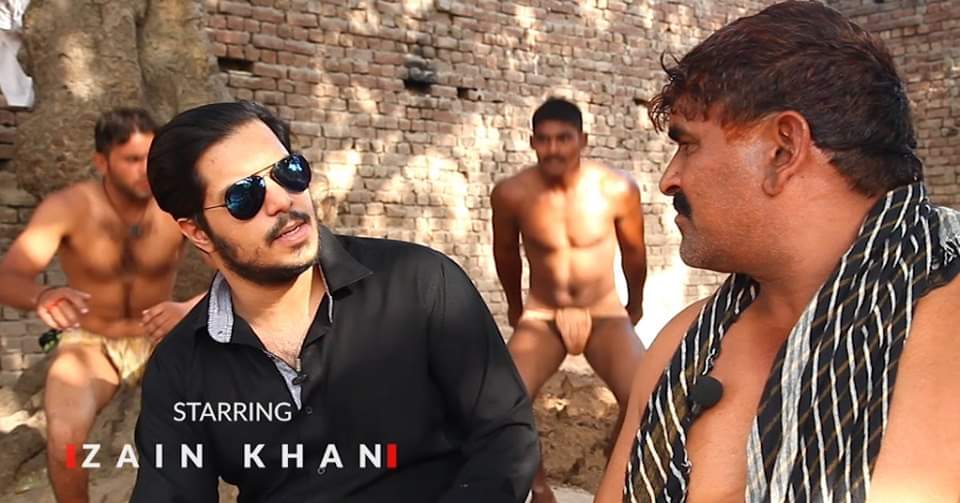 Kabaddi and Kushti are the Asian Forms of wrestling which are very popular in Indo-Pak sub-continent over the centuries. In Pakistan, there are annual Kabaddi and Kushti formal matches arranged at different levels, especially at Punjab and some regions of Khyber-Pakhtunkhwa province.

The Gujranwala district of Punjab is considered as the main hub of sports like these and it has produced globally recognized and famous Pehlwans (Wrestlers).

But these sports are slowly losing its popularity and are going out of the limelight because of lack of support, as the organizers of these games have low or no financial resources to properly advertise the events.

Besides this, they don’t have funds even to arrange good venues and offer reasonable awards to the winners of the contest.

Despite these issues and barriers whenever there is a Kabaddi or Kushti match hundreds of people are coming to watch and enjoy these matches and it is one of the good characteristics of these games that it always attracts a large number of crowd from nearby localities which shows that despite ignorance these games are still very much popular among the people of Pakistan.

Like all the other games training is the most important part of these games which needs time, proper diet, financial support, and government back up, but no government or private organizations have supported these traditional games and its players because of which these games are losing their glamour and popularity.

According to Muswer khan who plays Kabaddi on a national and domestic level, No government had supported them nor they were given any attention and that was the reason that these games are losing its popularity in Pakistan.

Talking to Daily Times exclusively, he further said, “People of Pakistan and even India love these games very much because these are a type of traditional or folk games of sub-continent but due to lack of facilities these games are limited to some regions now.”

New #Trailer of my upcoming #documentary #Film – ZOR: The World Of Pakistan Wrestling. Starring: @zkhanofficial @jquasto @tinyironofficial @belgianbigb AND many big names in the #Pakistani Khushti/Kabbadi (Forms of #wrestling) world! Currently being #filmed. Also #featured on @imdb And numerous mainstream newspapers. This #documentaryfilm tries to examine the #wrestling scene in #Pakistan and also critically comprehend the rise and fall of the great sport, What elements are required for the sport to revive in Pakistan. #ZorTheMovie #ZorTheFilm #ComingSoon

He elaborated that the government must pay attention to the revival of these games and should provide financial support to these games otherwise these games would be disappeared from the society which was not a good sign.

Talking about the lack of facilities he said, “We don’t have any basic facilities and this is the reason that I have established a separate spot for my daily training on my own expenses and I spend almost 4 hours daily while exercising along with my other friends.”

In this backdrop, a Pakistani-American filmmaker is endeavoring to fetch financial support for Pakistani Kabaddi and Kushti from Pakistan and non-government as well as international organizations for the revival of these traditional or folk sports.

Zain Khan, who has a rich family background in the Pakistani film industry, Lollywood, is shooting a documentary to bring to the forth the challenges and barriers faced by the Pakistani wrestling and to explore ways to bring back its lost popularity.

The documentary is scheduled for the release in 2020 and will be showcased in the same year Dubai International Film Festival (DIFF). Zain Khan has earlier produced many popular documentaries including ‘A Sufi Shrine’ and ‘Inside the Azadi March’.

Zain Khan who is also a broadcast journalist for an international digital news channel said that they were active in Lollywood since long, as the first feature film under Zain Khan Films came out in the 1990s titled ‘Maidan-e-Jang’ and starred by Reema Khan and Sultan Rahi.

He further said, “Now I am focused on highlighting the social issues and will soon come up with documentaries on topics like women right to inheritance; a challenge to girls education; reasons behind prostitution in the country.”