It is literally quite painful to witness our Muslim brothers bathing in blood within and without the Muslim world. It reflects that the blood of the Muslims has gotten cheap that it is being spilled all around the globe with impunity and without any remorse. On one hand, Muslim thrones in order to perpetuate their dynastic rule and to remain immune to any possible revolution against their despotism are massacring their co-religionists and on the other, the anti-Muslim islamophobes impressed by the writings of Samuel Huntington’s clash of civilizations (1993) are subjecting the Muslims to ethnic cleansing and genocide.

Look at the pitiable condition of Muslims today, In Myanmar, they are butchered under the watchful eyes of Nobel Laureate Aung San Suu Kyi, in India, the so-called democracy, they are denied to their fundamental rights and are brutally decapitated in state-patronized pogroms, in china, they are, in the name of re-education, forced to renounce their religion, in Palestine and Kashmir, they are mowed down on daily basis, in Europe and US, they are subject of mushrooming demonization and persecution.

Let’s elaborate some of the aforementioned cases of bloodletting and genocide of Muslims around the world.

In Myanmar, where the party of Nobel Laureate Aung San Suu Kyi rules, the Muslims are the victim of worst type of state-sponsored terrorism. Since 2016, the Muslim majority Rohingya in Rakhine state have been targets of Myanmar armed forces, which have been accused of ethnic cleansing and genocide by the United Nations, ICJ officials, human rights groups, journalists and the governments including America. Add to that the UN described the military offensive, which provoked the exodus as a “textbook example of ethnic cleansing”. Moreover, the government of Myanmar, a predominantly Buddhist country, denied the Rohingya citizenship and even excluded them from the 2014 census, refusing to recognize them as people. It sees them as illegal immigrants from Bangladesh. In addition, as a result of the ethnic cleansing of the Rohingyas, The Medicines Sans Frontiers reported that at least 6,700 including 730 children under the age of five, were killed in the month after the violence broke out and the numbers ever since are increasing on each passing day. And what is more melancholic is the claim made by Amnesty International that says that Military also raped and abused Rohingya women and the girls. Aung San Suu Kyi, the de-facto leader of Myanmar, while papering over the matter and denying the charges of ethnic cleansing, said: “I don’t think there is ethnic cleansing going on. I think ethnic cleansing is too strong an expression to use for what is happening”.

Donald trump has rejuvenated the anti-Muslim campaign in the US. He unleashed the most hateful campaign of terror and intimidation against the Muslims in the United States. His infamous Muslim ban, maintained by the US apex court, is the legal manifestation of his abusive treatment of Muslims

Let’s talk of India now; Muslims of India are in deep trouble. Their status in their country is of third class citizens. They are denied their fundamental rights and are confronted with varied kinds of political, social, economic and religious discrimination. The forceful conversion of Muslims into Hinduism is covertly patronized by the state. This trend has gained unprecedented momentum ever since Modi was sworn in as a premier of the country. Modi is an ardent advocate of Hindutva, an ideology that is based on the notion that Hindustan is meant only for Hindus and those other than Hindus living in India should either embrace Hinduism or leave the country.

What is more shameful is that Muslims in India are regarded worse than the cattle. The life of a cow is considered more sacred than that of a Muslim. That’s why, whenever any Muslim sacrifices a cow as a part of his religious duty, a large number of Muslims are beheaded in retaliation. 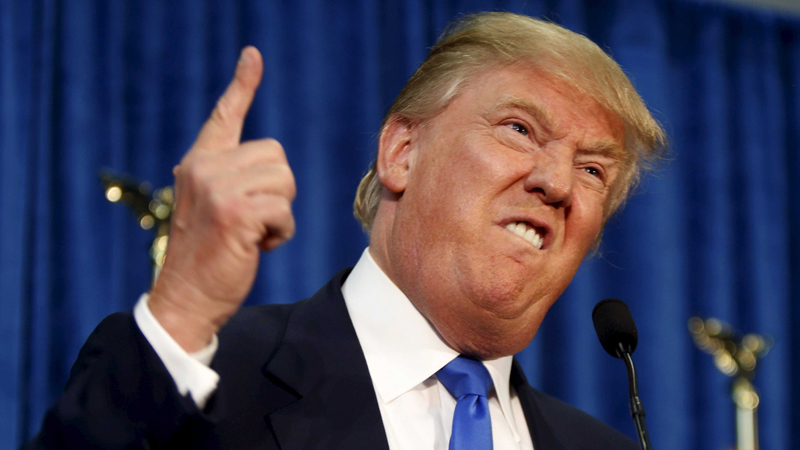 ‘Cow vigilantes’ is a repugnant euphemism that has entered the lexicon of Indian media lately. It has become a temporary shorthand for murderous right-wing mobs who kill Muslims simply for being Muslims.

Of course, the roots of Hindu violent mobs attacking Muslims in India are as old as British incitement of violence to sustain their own rule. The list of systematic Muslim massacres is gruesome: From 1964 in Kolkata and 1983 in Nellie to 1987 in Hashimpura all the way to the Gujarat slaughter of Muslims in 2002, in which the then chief Minister of Gujarat and now the prime minister of India, was allegedly involved in orchestrating violence.

Moreover, Indian atrocities in Kashmir are also horrifying. Thousands of Kashmiri Muslims have been killed ruthlessly by Indian army so far. The human rights abuses perpetrated by Indian soldiers range from mass killings, enforced disappearances, torture , rape and sexual abuse to political repression and suppression of freedom of speech. In a nutshell, Massacre of innocent Kashmiri Muslims is the worst example of genocide and state-sponsored terrorism in modern history.

Now look at Palestine: Muslims have been victim of systematic ethnic cleansing in their own homeland. Benjamin Netanyahu’s son has recently remarked that he would prefer if all the Muslims leave the land of Israel. Due to his virulent propaganda against Palestinian Muslims, this despicable thug has temporarily been banned by the facebook and his call for genocide of Muslims has been deleted at once. The fact of the matter is that he was airing the same ideology what his father and other Zionists warmongers have been practicing for decades in Palestine.

Let’s turn to the other side of the globe, the historic xenophobia of the racist white supremacists in the US, the chief supporter of the Israeli settler colony, resulted in two major and many more US-led invasions of Muslim states in which hundreds of thousands of Muslims were slaughtered. Further, Donald trump has rejuvenated the anti-Muslim campaign in the US. He unleashed the most hateful campaign of terror and intimidation against the Muslims in the United States. His infamous Muslim ban, maintained by the US apex court, is the legal manifestation of his abusive treatment of Muslims.

Dolefully speaking, the fate of Muslims in their own homeland is also not the rosier one. From one end of the Muslim world to the next, Muslims-in Syria, Egypt and Saudi Arabia are living under tyrannical regimes, ruthless dictators and murderous military juntas.

In Yemen, Saudi Arabia and its sidekick, the UAE, have led a coalition of Muslim states to slaughter tens of thousands of Yemenis and drive millions more to starvation. If one journalist dared to raise his voice against such appalling barbarism, he was chopped up in his own country’s consulate.

In Syria, Bashar-al Assad in league with his Iranian and Russian backers have killed hundreds and thousands of Syrians and have driven the rest to refugee camps in and out of their war-ravaged homeland. Turkey’s war with the Kurds amounts to even more Muslims murdering Muslims.

To conclude, Muslims should first of all set their own house in order by putting the wars financed and supported by the anti-Muslim forces to an end. They should, by putting their parochial interests aside, think and act as Ummah and thereby forge invincible bond of unity and brotherhood. To Islamophobes, Muslim scholars and intellectuals should leave no stone unturned to portray the true image of Islam which promotes peace, pluralism and inter-faith harmony.

The author is a Legal Practitioner-cum-columnist based in Quetta, Balochistan