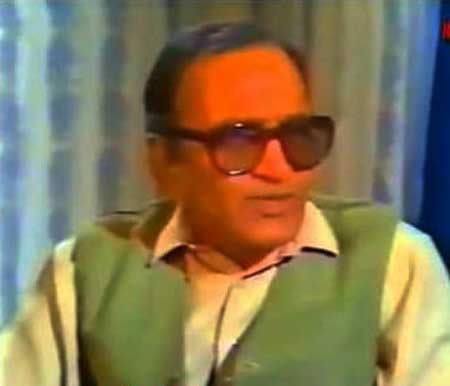 Whenever I think of Rangila, the comedian’s role as a singer, the name of music composer Kemal Ahmad comes to mind.

The thought of Rangila singing songs was not really a plausible idea but when he sang for his films ‘Diya Aur Toofan’ and ‘Rangila’, his songs were liked by masses. His song from the film ‘Diya Aur Toofan’ “Ga Mere Manwa Gata Ja Re” was appreciated immensely. It was rendered in a straight tune like songs sung by tonga drivers. It was a success for Kemal Ahmad as well though he had entered the film industry in 1967 by composing music for the film ‘Nadira’ but he went unnoticed at that time. The second time I noticed Kemal was his use of Tassawar Khanum as a background voice in his films. Her song “Vei Sab Taun Soheya Haye Ve Mun Mohnia” became an instant hit from the film ‘Rangila’. Tassawur Khanum was famous on the small screen at that time when she used to give a twist to her nose while performing on television. Her song “Dil Main Ik Lehr Si Uthi Hai Abhi”, a Nasir Kazmi ghazal composed by Altaf Hussain was already a popular number. My opinion about Kemal improved when it was revealed that he was the disciple of music composer Rahman Verma who was a melodious music composer in his own right.

Before proceeding further, I would like to quote few lines from my profile on Rahman Verma. Before Pakistan came into being, a jori (duo) became popular as music composers on the silver screen namely Verma Ji and Sharma Ji. The word ‘Ji’ stood for ‘Sahib’ (Mister) out of respect in Urdu/Hindi languages. Verma opted to stay in Pakistan and Sharma in India. Verma became a successful music composer of the Pakistani film industry and the latter became a highly successful music composer in the Indian film industry namely Khayyam.

As a sample we shall talk about his few films.

Its song “Teray Meray Pyar Ka Aisa Nata” was penned by Riaz Arshad and singers were Mehnaz, Mehdi, A Nayyar and Asad Amanat Ali Khan. Its song “Pyar Ka Matlab Nahi Samjhati” was sung by Mehdi and picturised on Mohiduddin. The male version was filmed on Muhammad Ali.