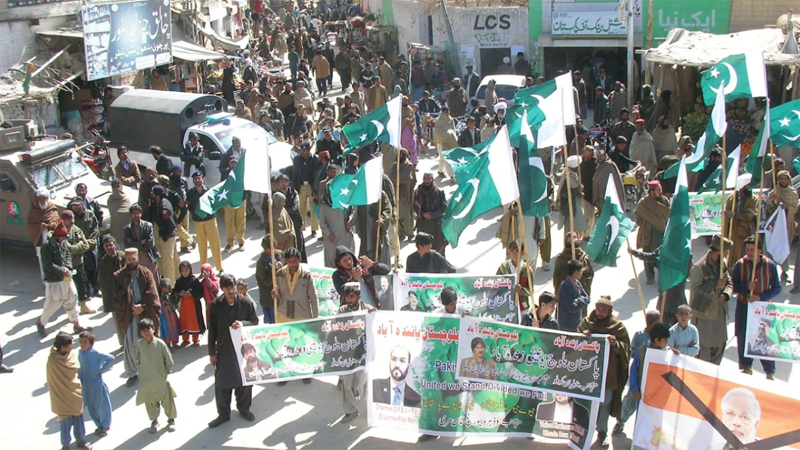 An organisation named ‘Pakistan Baloch Unity’ was launched here on Thursday to counter anti-Pakistan propaganda unleashed by the ‘Baloch Sub-Nationalists’ as well as to bring the disgruntled elements back to the national mainstream.

Dr Jumma Khan Marri addressed the gathering from Moscow and thanked the people of Pakistan especially his supporters and Vice Chairman Mir Khuda Bux Marri for arranging such a ceremony. He said that the projects like Gwadar port and China-Pakistan Economic Corridor (CPEC) will change the fate of Balochistan province. “All those who are opposing these projects are not only enemies of Pakistan but are also enemies of the people of Balochistan,” he said, and requested all the misguided Baloch to lay down arms and start contributing towards these ongoing projects for development of Pakistan as well as Balochistan.

Dr Jumma said enemies are opposing development projects in Balochistan for their own geopolitical interests and are using Baloch youth to achieve their nefarious designs. “India is paying huge amounts of money to these so-called Baloch leaders who are enjoying luxurious lives in Europe while the common Baloch people are suffering the brunt of extremism and terrorism here,” he lamented. “Both the attackers as well as the victims are the common Baloch people most of the times,” he added.

Dr Jumma said he has launched Pakistan chapter of the Overseas Pakistani Baloch Unity (OPBU) named as Pakistan Baloch Unity (PBU) which will be working to expose and confront all such so-called Baloch leaders on all the forums and fronts. He requested the people of Balochistan to help him in his mission of peace, prosperity, unity and brotherhood.