The sound of population explosion 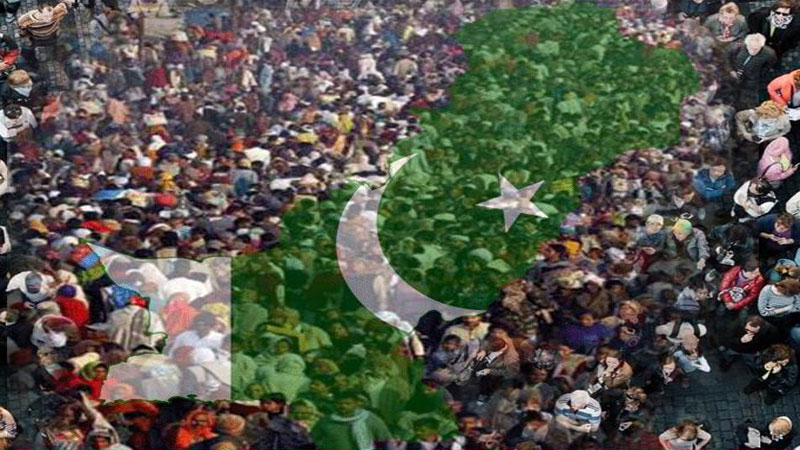 During the late 1990s, experts started to forecast the population-driven crises that we are facing today, but, unfortunately, our governments, healthcare professionals, media and clergy paid no attention on that.

Instead of sitting together and working on any containment approach, different segments of the society unleashed a vehement propaganda against each other, terming the population control as an nonreligious and westernised approach. Resultantly, the balloon kept expanding until it is at the brink of explosion. As per unofficial figures, the numbers have soured up to 250 million.

In December 2018, Chief Justice of Pakistan took up the cause and called a national conference on population control. All segments of the society were engaged in the discourse and a declaration was issued, sensitizing people to limit the number of childbirths. According to the experts, the change is not likely to occur until the government implements the declaration in form of a law on the model of China.

Bearing more children than available resources is not just the problem of a family, it affects nation as a whole. More population means more food, more educational and healthcare facilities, more houses and more roads. This eventually leads towards unprecedented exploitation of resources. The consequences are starting to become obvious. Urbanisation is at rise with a few big cities getting bigger at the cost of quality of life, water is becoming scarce, agricultural lands are turning into housing societies, hospitals are overburdened with patients and roads are choked with traffic mess.

The overall quality of life is getting worse day by day. We are eating unhygienic and inorganic food, drinking polluted water, living in shabby houses and fighting with unbridled diseases like cancer, hepatitis and diabetes. Due to economic constraints, many families are unable to let their children seek education because they need more helping hands

The overall quality of life is getting worse day by day. We are eating unhygienic and inorganic food, drinking polluted water, living in shabby houses and fighting with unbridled diseases like cancer, hepatitis and diabetes. Due to economic constraints, many families are unable to let their children seek education because they need more helping hands. This is producing a generation of illiterates who will be a liability on nation instead of being an asset.

We seriously need to control the population growth. The healthcare professionals must spread awareness about the use of contraceptives. The clergy should come forward for this cause. Moulana Tariq Jameel’s participation in the population conference was a good gesture but unfortunately, some religious segments discouraged it. This is the time to think and plan for our future that is at stake. Regardless of ideological, religious and political differences, all should sit together, make a law and implement it strictly.

The outgoing Chief Justice, in his last address, clearly told that there could be no way of controlling the population growth until 2-child policy was imposed. He also argued that population, thus far, was at top of all the problems, being faced by Pakistan.

Come what may, we need to develop and national discourse on this very soon. All stakeholders including government, administration, healthcare professionals, civil society and clergy should be part of that discourse. A unanimous policy needs to be built and implemented. This is the only way forward. There is no denying the fact that if we manage to control our population for next 20 years, we will be able to accomplish many developmental goals. Once the basic issues are addressed and key pain areas are cured, the country will jump on the track of sustainable and smooth growth.

Today is the time we should choose between more children and quality life. We need to understand the fact that providing quality life to 2 children is far better than bearing 5 kids and making them starve for food and healthcare and education. This will be a hard choice for most of the families but this is the only chance of survival and progress for Pakistan.

The writer is a campaign strategist