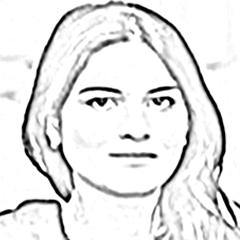 Are women in Pakistan really empowered?

Pakistan is determined to work towards achieving the targets set for gender equality and empowerment of women by the Sustainable Development Goals (SDGs). Women comprise approximately half of the total population of Pakistan. Most women live in rural areas, and are mainly engaged in the agriculture sector as mostly unpaid contributing family workers or on low wages, with scant attention paid to their property rights, economic or social rights. Rural women are the backbone of agriculture and economy and the status of rural women working in agriculture as farmers must be acknowledged.

Pakistan, with the population of 64 percent residing in “rural areas”, depends on agriculture and allied activities for its livelihood. According to the official agriculture statistics, agriculture accounts for 21 percent of the Gross Domestic Product (GDP) and for just under half of the total employed labour force. However for rural women, agriculture is their main labour activity. Approximately 75 percent of women and girls (ages 10 and above) in the labour force are employed in the agriculture sector. Women in agriculture work an average of 34 hours per week in addition to their reproductive and care work in Pakistan. With an average family size of 6.8 persons and frequent childbearing, it is clear that the reproductive work burden is not only taxing but also takes a considerable toll on women’s health especially where there is often poor access to health and malnutrition rates are high. The empowerment of rural women and girls and the realization of their human rights and gender equality are essential to the achievement of the Sustainable Development Goals (SDGs) as well as the Government of Pakistan’s Vision 2025.

The Social Action Program (SAP) has been a major initiative undertaken by the Government to improve social indicators in elementary education, primary health, population welfare, water, and sanitation. It is disheartening to see that the SAP had only a very small impact on basic social indicators

The status of rural women with respect to work highlights significant aspects of women’s rights and wellbeing: agricultural work is undergoing feminization; women’s work remains largely unrecognized, unpaid or underpaid; women’s work in agriculture is mostly out of need and often without choice; law, policy and activism need to address the rights and wellbeing of women agricultural workers. The majority of women who live in rural areas, are mainly engaged in farming, livestock management, and fisheries, mostly as unpaid contributing family workers or on low wages. Rural women have less access to technology, to public service (health, education, training and transport) and little, if any, social protection and are more likely to experience gender based violence.

College education is a catalyst for women to enter into formal, paid employment. 4 percent of rural women have college degrees, and 57 percent of them are employed, primarily as teachers. Women’s empowerment is essential in achieving sustainable development and prosperity. We cannot succeed without involving women in socio-economic activities and bringing them into the mainstream. Young women ages 15-24 have better literacy rates: 54 percent of rural and 84 percent of urban young women are literate with an overall national female literacy rate of 65 percent. The returns to education can be higher in rural areas for women, given the inroads being made through technology.

Skills Training Programmes for the young population with few skills and fewer economic opportunities, the government has undertaken steps to overhaul the skill training institutes spread across the country. The National and Vocational Training Center (NAVTC) has been revamped and technical, vocational education training (TVET) has become the focus of the provincial TVET Authorities, set up to fast track curriculum reform, and create industry linkages and industry demand driven skills trainings for employability. A number of institutions provide skill training. The provincial Social Welfare and Women Development Departments operate training centers almost in every district.

The Government has been making efforts to improve the literacy rate by involving communities, the private sector, and funding agencies. The Social Action Program (SAP) has been a major initiative undertaken by the Government to improve social indicators in elementary education, primary health, population welfare, water, and sanitation. It is disheartening to see that the SAP had only a very small impact on basic social indicators.

Women are the most significant part of our social structure, but despite this fact, they usually face a number of obstacles in their way to avail their rights. Power, prestige and status should be given to women to avail their rights of jobs, skills, education, security, health, better standards of living etc. Gender is one of the organizing principles of Pakistani society. Patriarchal values embedded in local traditions and culture predetermine the social value of gender. An artificial divide between production and reproduction, created by the ideology of sexual division of labour, has placed women in reproductive roles as mothers and wives in the private arena of home, and men in productive roles as breadwinners in the public arena. This has led to a low level of resource investment in women by the family and the State.

Health policies have been fraught with urban, curative, and tertiary hospital-based health care biases. These policies fail to respond to women’s basic health needs, particularly their reproductive health needs. However, in recent years there has been a conceptual shift from curative to preventive, from tertiary to primary health care, and towards an integrated life cycle approach to women’s health. Pakistan has taken certain initiatives in the health sector to redress gender imbalances. The SAP was launched in 1992-93 to accelerate improvement in the social indicators. Closing the gender gap is the foremost objective of SAP. In the health sector the focus has been on the provision of primary health care and basic health facilities in rural areas.

Pakistani women are trapped in a web of dependency and subordination due to their low social, economic, and political status in society. The majority of women suffer from all forms of poverty. In order to change women’s position and societal view of their inferiority, structural changes need to be brought about in the social and economic order that shape our world.

Connectivity, through roads and communications (internet, mobile phones, and mass media) is generating a demand and positioning suppliers to provide to a growing and aware population that is also young and has more education than their parent’s generation. Add the changes that are likely to be shaped by the China Pakistan Economic Corridor (CPEC) as it cuts across large swathes of rural and urban countryside and the investments, and one looks at an economy that will be greatly transformed a decade from now. There is one caveat of course. All these changes, and those brought about by climate change, urbanization and population growth, have the potential to adversely impact the economy and rural lives, increasing inequality and poverty. How governments, both federal and provincial, plan for the future now will have consequences for rural women, and for Pakistan.

The writer is a research scholar based in Islamabad. She is Master of Philosophy (MPhil) in Governance and Public Policy. Her areas of research incorporate regional as well as extra regional subjects especially United States, Russia, China and Central Asian Republics. She can be reached at dhanakfatima@yahoo.com