* More than 70 workers died in workplace mishaps since May 2018: labour leaders 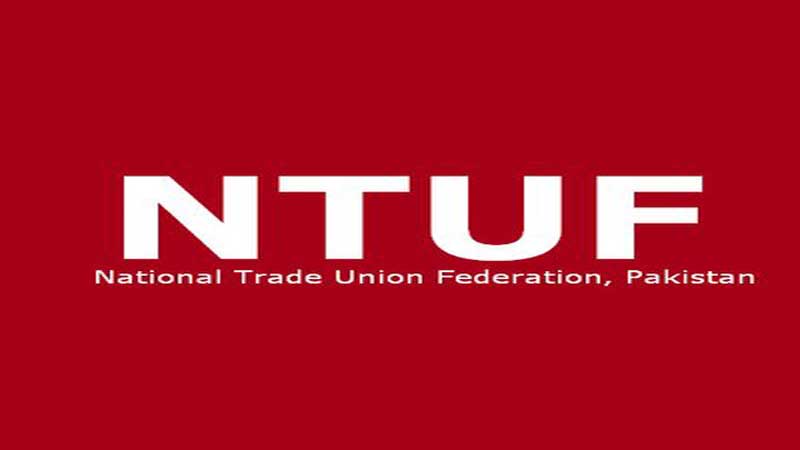 KARACHI: Mine workers are dying because the government and employers have failed to introduce workplace health and safety standards, said labour leaders during a press conference at National Trade Union Federation (NTUF) office on Thursday.

During the press conference, labour leaders belonging to different unions expressed their concern over the lack of health and safety measures at workplaces. “Recently a deadly blast occurred in a coal mine at Sanjdi area of Balochistan and so far 8 dead bodies of miners have been recovered. Thirteen workers had been working in the mine and 5 rescue workers also entered it to save them,” deputy general secretary of NTUF Nasir Mansoor told the media. Mansoor added that 13 miners and 2 rescue workers had already passed away in this sad incident.

He said that this was not the first incident of its kind and just in May this year, 27 miners had died of suffocation following a blast in their mine. “From May to now, more than 70 workers have died in different industrial and workplace mishaps and the responsibility of these deaths rests on the shoulders of government, owners, related departments and corrupt officials of Inspectorate of Mines, who issue licenses to kill workers after taking heavy bribes,” he said. Mansoor added that there was nobody to hold these officials accountable.

He further said that the violation of labour laws and health and safety standards at workplaces by owners and employers and the criminal carelessness of the government officials in this regard were pushing workers to death traps.”Almost every day workplace mishaps occur in our country, resulting in deaths and maiming of innocent workers,” he said.

Other labour leaders also spoke on the occasion. They said that NTUF and several other labour organisations had been protesting over this dismal situation since long but nobody had taken notice of it. The labour leaders said that workplaces including factories and workshops were no longer safe for workers. The speakers said that nobody had learn any lesson from the martyrdom of 260 workers in Eli Enterprises Factory Fire in Baldia, and the death of 30 workers in November 1 2016 incident at Gadani ship-breaking yard. They said that such incidents occurred almost every other day and the departments and agencies tasked to keep a check on such incidents seemed powerless.

The speakers said that the mines in Pakistan had turned into blast mines. They said that since most of these mines were situated in far flung areas, information regarding them did not reach the public. They further asserted that the number of these incidents was constantly rising and no step was being taken for the health and safety of workers. Citing the constitution, the speakers said that the Mines Act was being violated but no action was being taken against those involved in subjecting workers to terrible conditions.

The labour leaders said that a large faction of the labour force was employed in sectors of textile, garments and hosiery and they were earning trillions of rupees for their employers but the implementation of labour laws and health standards in these sectors remained a distant dream. The speakers pointed out that these sectors reported the highest number of the industrial mishaps but despite that the owners, employers and government were not taking steps to ensure the safety of workers.

The labour leaders said that the situation was not very different in cotton fields and farms. They said that the workers of agriculture and fisheries sectors had already come into the orbit of SIRA2013, but in these long five years no ‘rules’ had been devised to implement SIRA. They said that millions of workers were still deprived of their legal rights and just like industrial workers, the agricultural workers were also being deprived of health and safety standards and proper training.

The labour leaders told the media that unsafe fumigation and improper use of pesticides and fertilisers posed a serious threat to the life and health of agricultural workers. They explained that agricultural workers did not have access to proper medical treatment and their families did not receive any compensation in case of their death. They warned that if this malpractice was allowed to continue in mines, textile sector and other workplaces, more deadly mishaps could occur in the future.

Concluding the press conference, the speakers demanded that serious steps be taken to ensure health and safety measures in factories, shops, mines, other workplaces, and agriculture and fisheries sectors. They urged the government to ensure the strict implementation of labour laws and demanded that workers be given adequate training about safety measures and usage of machinery and equipment.

The speakers also demanded that health and safety laws be passed in other provinces of the country, just like Sindh. The demanded an end to the private social auditing system and urged the government to improve labour inspection. They also demanded that a compensation of Rs 3 million (mn) be offered to each bereaved family of Baldia factory fire tragedy.