From the common man’s point of view, at least, Pakistan Prime Minister Imran Khan’s political dilemma mirrors his economic problems. Let’s start with the latest needless storm he’s managed to kick up. The opposition is all corrupt, naturally, so there’s no point in indulging in any sort of law-making in parliament. Why? Because that would amount to condoning their corruption, wouldn’t it? It’s another thing altogether, of course, that corruption cases against them have not yet come full circle. Hence guilty until proven innocent?

And sure that does throw a monkey wrench in the works, of sorts, when it comes to promises about pro-people legislation, but there’s a way around it. We’ll just go the way of presidential ordinances; or leverage a constitutional technicality — meant for emergencies and then, too, with limited scope — and bypass everybody across the aisle entirely.

It’s not surprising, of course, that this announcement did not prompt any cheers from the opposition. Already their tug of war has paralysed the National Assembly, since the speaker has so far failed to form committees that take care of much of the business of the House.

Now, for the average Joe fed up with decades of PPP and PML-N corruption Imran’s decision not to indulge “looters and plunderers”, even in the confines of parliament, might be the right, even noble, thing to do. But what about campaign promises that made people vote his party into this parliament in the first place?

How long must people, none of whom endorse corruption or corrupt politicians, wait for legislation for early disposal of cases, like Imran Khan promised again and again, or strengthening inheritance rights of women and widows?

And Imran most likely shot from the hip about ‘ruling by ordinance’, as sections of the press are putting it, since there’s no way really of not involving the opposition in parliamentary affairs. So which position should people who voted against corruption, principally, advocate? Say no to corruption, since everybody knows they are corrupt, or let’s just get on with law-making, please? There are similar issues on the economic front. Finance Minister Asad Umar may have declared the economic crisis over the other day, but the market seems to have stopped believing him as well as the prime minister. 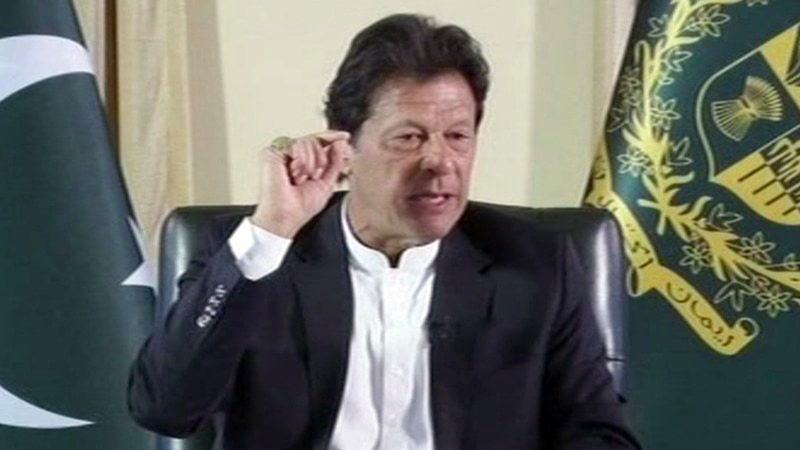 Everybody knew that the economy was unsustainable. The deficit was out of control, the rupee was over-valued, exports too low and imports unacceptably high. And tough measures will be required which, as always, would squeeze the working middle and lower classes the worst. But here’s their point. Since the unsustainable debt, money laundering, off shore accounts, deficit — you name it — was not their fault, yet still they will pay for most of it, the least they deserve is transparency. That, unfortunately, is where the government has left a little something to be desired.

Simply announcing that all troubles were over, even as the currency went through the floor again and the stock market tanked, amounted to burying his head in the sand.

Wouldn’t it have been better to simply lay the cards on the table? There’s so much debt we need, to pay back maturing debt, of course, not for any fancy nation-building, and there’s only so much we’ve been able to get from friends. And since there’s still a gap, failing to fill which we will most certainly default, we must now engage with the IMF and accept such and such austerity demands.

Instead the government tried to play the tough guy, appearing non-committal about the Fund even as it clearly went about implementing its prescriptions — devaluing the currency suddenly, raising rates beyond expectations, contracting growth and stoking inflation, etc. The subsequent ‘will we, won’t we?’ caused uncertainty that spread like wildfire through the market, which is on way to ending a second year running as the region’s worst performer.

Ironically, by trying to appear strong in front of its core working class constituency, the ruling party actually clipped their wings for no reason at all. Now we must still march into another IMF program with a more drained economy than three months ago.

You wouldn’t have believed it on the campaign trail, but more than a few of the new government’s positions seem to come right out of Nawaz Sharif’s book. There’s not much life in parliament already and nobody seems to care. And the economy is being beaten to death and everybody seems in denial. And the burden of all of this will fall on the common working man, who finds little real representation in government or opposition.

Shahab Jafry is a senior journalist based in Lahore