The world seeks justice for the murder of Jamal Khashoggi

Jamal Khashoggi, a well known Saudi journalist, and a contributing columnist for the Washington Post, was brutally murdered on October 2, 2018, as he visited the Saudi Consulate in Istanbul to collect the documents pertaining to his forthcoming marriage with his Turkish fiancée. He was murdered within the precincts of the consulate. The only fault of the journalist was that he was a great critic of the Crown prince for stifling dissent in his country.

Although there are several cases where political rivals have been killed, but,this is the first time that a murder has taken place inside a consulate.First, the Saudi government denied that he was ever killed, stating that he had left the consulate after getting his papers stamped. However, due to intense pressure from the Turkish government, who threatened to release the audio tapes, the Saudi government finally admitted to the pre-mediated killing. In fact, according to Turkish sources, prior to his visit to the consulate, a hit squad consisting of 11 persons was sent on a government plane to Istanbul with the express purpose of eliminating Khashoggi.

The Saudi King, father of the Crown Prince, Muhammad bin Salman (popularly known as MbS), in an effort to diffuse the bad publicity generated by the killing,temporarily took over from the Crown Prince, which later proved to be eyewash to deflect the issue.  A sham investigation was conducted which absolved the culpability of the Crown Prince in the murder and instead arraigned four intelligence officers for the murder. In tapes given to the Central Bureau of Investigation by the Turkish government, the needle of suspicion pointed clearly to the Crown Prince. One of the members of the hit squad had called up an aide to the Crown Prince and told him to convey to his boss that the ‘job was done’. The US intelligence officials believe the term “boss” alluded in the call “almost certainly pointed to Prince Mohammed”. In a latest twist to the case, the Saudi government has alleged that the Crown Prince had only ordered the hit squad to bring Jamal back to Saudi Arabia, and not to kill him. It was naïve on the part of the government to believe that the world would be taken in by this absurd story. They also alleged that an argument lead to a scuffle, where the overzealous officials had killed him. It is to the credit of the Turkish Government that the involvement of MbS has been exposed. Had they not mentioned the tapes, the Prince would not have been subjected to such international condemnation and scrutiny.

Trump felt the US economy would be badly affected with any confrontation with the Saudis. He also felt any stoppage of export of arms would drive the Prince to look towards Russia and China to meet his requirements. It is a real travesty of justice that business interests have clouded Trump’s decision to such a great extent

Jamal,who was once a close adviser to the Royal family, fell out of favour of the family, especially with MbS, and fearing arrest, especially, after the crackdown on the dissidents by police at the behest of the Crown Prince, escaped to the United Sates, where he was living in a self-imposed exile. In his very first article in the Washington Post, he called for freedom of expression, not only to his people, but to all the people living in the Arab world. In his column, he criticized the crackdown on dissidents for expressing their thoughts.  Further, in an interview to the BBC, he said“The people being arrested are not even being dissidents; they just have an independent mind”. This was three days before he was murdered.

In the United States,intense pressure was building up on Donald Trump to act against the Saudi government in light of the CIA report,which had implicated MbS in the murder. Unfortunately, Trump chose not to condemn the Crown prince, driven by business interests and his reliance on the Crown Prince to counter balance Iran. Moreover, as the United States meets the bulk of its oil requirements from the Kingdom, Trump felt the US economy would be badly affected with any confrontation with the Saudis. He also felt any stoppage of export of arms would drive the Prince to look towards Russia and China to meet his requirements. It is a real travesty of justice that business interests have clouded Trump’s decision to such a great extent.

Ever since the Saudi King made his son responsible for running the country, the Crown Prince has not acquitted himself well with his high handed and reckless behavior by clamping down on dissidents. He did not even spare his own family members, and arrested them on corruption charges.  He agreed to release them only after they agreed to cough up billions of dollars.

The author has read most of the writings of Jamal Khashoggi and nowhere had he demanded a regime change. All he had asked for in his column in the Washington Post, was more freedom for his people.  It is unbelievable that the Crown Prince had become so insecure with the writing of Khashoggi that he decided to eliminate him, but this is a sad reflection on the state of affairs in the Kingdom. In fact, many Saudi intellectuals have openly questioned MbS’sability to lead the country because of his unpredictability and recklessness.  One example is his decision to allow women to drive cars, but,at the same time,arresting several women activists demanding more freedom.

It appears that the members of the Saud family too, want a change in leadership. The return of King Salman’s brother, Prince Ahmed bin Abdelaziz, after his six years of self imposed exile,is probably part of a larger plan to divest MbS from his position. If reports emanating from the House of Saud are to be believed, most of the members want the younger brother Abdel aziz to take over the reins from MbS. However, it is unlikely that the King would hand over the reign to his brother as he has restored all the powers back to his son, prompted by Trump’s support to MbS. 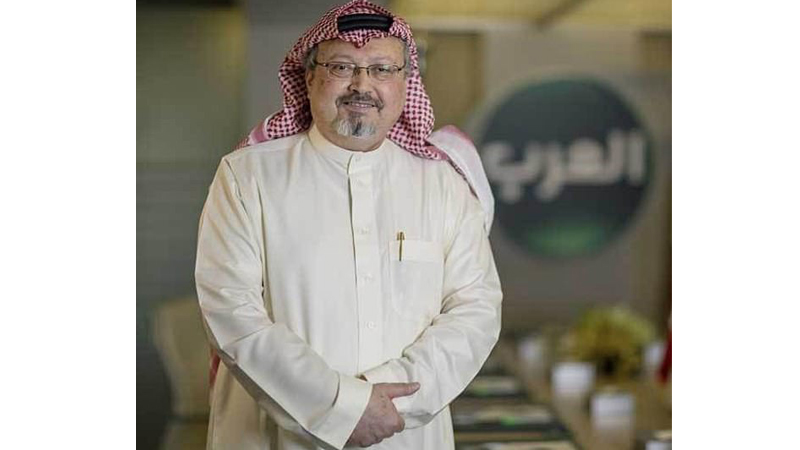 The Crown Prince can’t wish away pressure being built in the family for a change in leadership. The only way the prince can salvage the situation he finds himself in, is to admit to his guilt and take steps to take his family members and other critics of the regime into confidence. He should also take steps to usher in more freedom to the people, especially the women, and free the academics and the intellectuals arrested for expressing their opinions on his leadership. This is the only way to bring both economic and political stability in his country. If he fails to bring the reforms, he will soon push his country into the precipice of instability and collapse.

The writer is an independent columnist and a political commentator