The nuclear posture review: a product of 20th century

Last week, senior officials of the Defence, State and Energy Departments presented the 2018 Nuclear Posture Review (NPR). However, a great opportunity was lost. Instead of a serious evaluation whether or not the current Triad should be kept or modified, the NPR simply assumed continuing the current structure. Key recommendations followed respecting the limits imposed by the New Start Treaty of 1550 deployable warheads for both Russia and the US

The price tag for these programs is at least $1.5 trillion. However, given the past history of cost growth, the bill could reach as high as $3 trillion. And with the Intermediate Nuclear Forces Treaty (INF) in jeopardy of being abrogated as well as New Start, clearly the number of nuclear weapons could increase.

The fact is that in not questioning the continued utility of the Triad, the NPR could have been written by any prior administration from John Kennedy to George H.W. Bush before the Cold War ended. That might have been a wise choice in the 20th century. The 21st century is far different.

Russia (or China) has no intent of launching an attack against the West as the West has no reason to strike Russia. Today, as during the Cold War, what actually would ‘deter’ Russia (or China) from armed attack against NATO and the US is at best a guess when neither Russia nor China has any interest or reason for a major clash with the West. The same is true of North Korea and Iran who does not have any nuclear weapons.

War of course could happen by miscalculation or accident. However, the scenario of Russia deciding to annex the Baltics as it did with Crimea is the stuff of a Hollywood block buster. The script goes like this.

Fourteen Ohio Class nuclear ballistic missile submarines (SSBN’s) would be replaced by a dozen Columbia-class SSBN’s; 46 B-52H and 20 B-2A nuclear capable bombers with the new B-21 Raider; and 400 Minuteman III ICBM’s with 400 new missiles. The review also called for developing a low-yield air launched nuclear cruise missile (ALCM). The rationale for the new ALCM along with modernizing B-83 and B-61 nuclear bombs was hedging against Russian numerical superiority in tactical or shorter range nuclear systems

With a huge numerical advantage in theatre nuclear weapons, Russia launches a quick strike to occupy the three Baltic States. It then threatens the use of nuclear weapons if NATO responds. Without some sort of countervailing nuclear force, NATO and the US would have no option except to submit. Article 5, the centrepiece of NATO, would be rendered useless and NATO would probably dissolve.

This is the man from Mars case. Russia has no earthly reason to strike West or even to claim it was coming to the defence of Russian minorities in the Baltic’s. If NATO were genuinely serious, it would alter its strategy for the Baltics now based on reinforcing a handful of ‘speed bump’ US, British and Canadian troops with a Porcupine Defence that would make any Russian adventure quite costly. And NATO could quietly infer that any Russian thrust was vulnerable to high altitude nuclear explosions in the east where Electromagnetic Pulse (EMP) would take down communications and electrical power grids halting any attack. 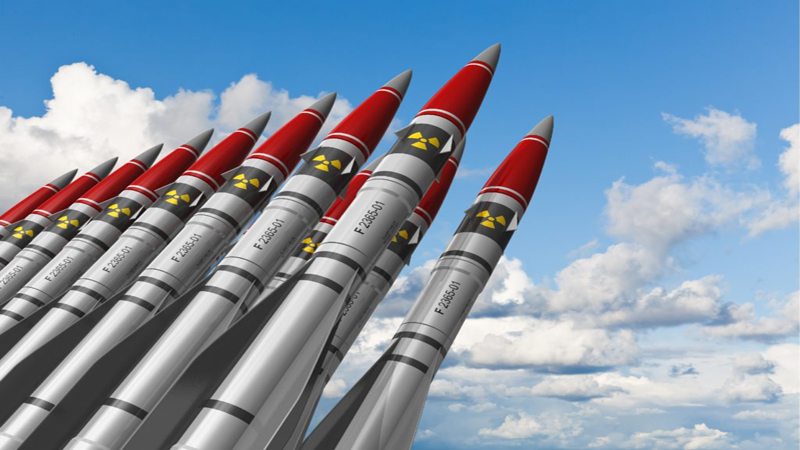 Three actions are needed now. Updating and modernising nuclear command and control systems are imperative. A prior column discussed past instances of near failure of command and control. In an age when cyber and hacking are ubiquitous and not limited only to states, this is essential.

Second, high level discussions with Russia on nuclear modernization, arms control and confidence building measures are also essential. It may well be that the US will have no choice except to spend trillions on nuclear modernization. The problem is that we still have no idea of what it takes to deter Russia or China or whomever and apply that to what forces are needed.

Third, in the 21st century, the old Triad is not sacrosanct. To save money, SSBN’s need not be nuclear powered. Rather than a very expensive high-tech B-21, why not buy a B-53 — a conventional bomber with stand-off missiles? And why are 400 land based ICBM’s still needed?

Perhaps it is impossible in Washington today to engage in a serious debate on most any issues, national defence being paramount. But without first understanding what it takes to deter and how relevant military deterrence alone is today, we are likely to come up with solutions that are incomplete or simply wrong.

The writer is UPI’s Arnaud de Borchgrave Distinguished Columnist and served as Senior Advisor for Supreme Allied Commander Europe for twelve years and currently at the Atlantic Council and at Business Executives for National Security (BENS) and chairs two private companies. His latest book is Anatomy of Failure: Why America Loses Every War It Starts and he can be reached @harlankullman