Taxing, not banning, companies can make them adopt eco-friendly practices 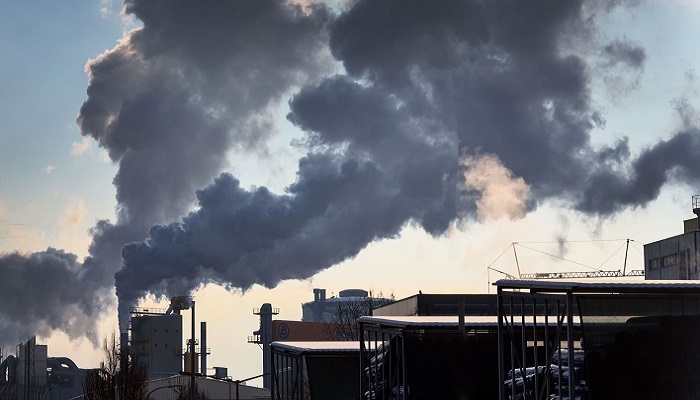 Cement factories, in Katas Raj case, and steel mills in Islamabad are under heightened scrutiny and the proceedings of these cases have unleashed some important findings.

The first one is that violating environmental laws pays off even when a company anticipates all the legal consequences of its behavior as these companies made profits worth billions of rupees for almost eleven years without paying for social costs, for they knew that responsibility wouldn’t be attributed quickly as the water shortage in the pond wouldn’t appear there and then.

Similarly, shareholders of steel mills in Islamabad continued to make huge profits by polluting the air without being caught for years, because health consequences of hazardous emissions were much less immediate and discernible, and it took thirty years to bring their operations to halt.

The second finding is that the main way corporations succeed in reducing their expected liability is by suppressing or giving incorrect information, for instance, one of the cement plants prior to installation had said that they will bring water for their use from Malkana, a nearby village but Environment Protection Agency confirmed that they later deviated from their commitment and started consuming pond water. Secondly, regulators didn’t know that – until the matter reached the Supreme Court – a cement factory’s usage of water is greater than the entire population of Chakwal and that’s why EPA couldn’t prove water scarcity while confirming this company’s U-turn from her promise made in environment impact assessment report.

This, together with the rest of corporate sector – damaging the environment – which hasn’t come under check as of yet shows that such decisions – on the part of corporate entities – were rather rational shareholder-value-maximizing decisions ex ante.

Notably, Supreme Court – in Katas Raj case – was spurred to intervene only by media reports, however, it becomes evident that – when dealing with large firms – diffusion of information can happen only through intermediaries such as media but it seems that two conditions have to materialize before we get wide diffusion of information: someone needs to feed national media reporters with reliable information, and someone needs to convince national reporters that the information is newsworthy, therefore, electronic media is good at spotlighting an already existing smoking gun; but it cannot always be counted on to reveal the smoking gun. But why does the external system of regulation, all the way, fail to deter socially harmful activities?

First, by managing the regulators companies are able not only to slow down or prevent enforcement, but also to use the regulator as a defense against allegations in the courtrooms and in the court of public opinion. They are good at manipulating multiple questions relating to allegations as one and thereby, in response to that one question, succeed in tipping the scale of their pseudo-abatement measures by doing little, for instance, when EPA confirmed that a cement factory has departed from her obligation, that company made a settlement to plant some trees to combat pollution for illegal use of the worthy water. Further still, EPA continues to fail to stop industrial exploitation in time not necessarily because of explicit or implicit bribes, but rather because of information scarcity and asymmetric monitoring.

Likewise, regulation fails because of the existing pell-mell condition of environmental laws, for example, in compliance with the Environmental Protection Act 1997, it is mandatory for the project sponsors to conduct a comprehensive EIA study along with project feasibility study, and accordingly propose and implement mitigation and remedial measures to ensure sustainable development, however, such studies flop to become a source of major information breakthroughs and, thus, become ineffective as back in time, it was observed that WWF declared cement plants’ EIA reports as non-informative, for it lacked details.

This happens as the project proponents take refuge in section 12 of EPA, 1997 which states that no information would be disclosed that would relate to trade, manufacturing or business activities, processes or techniques of a proprietary nature, or financial, commercial, scientific or technical matters which the proponent has requested should remain confidential, however, what is the scope of these exceptions has been left undefined to the companies’ advantage.

Furthermore, implementation mechanism has become completely a basket case because of the presence of strong sanctions as well as pursuant to regulation 19 of Review of IEE and EIA Regulations, 2000 a company not complying with the plan approved by an environment agency should be given a chance to be heard and, in case of an unsatisfactory answer, its construction or operation must be ceased all the way and nothing lies in between operation and cessation. Despite the fact that corporate misconduct damages the environment, however, it is yet socially inefficient to impose an absolute ban on companies which are greatly supporting the country’s economy and, therefore, it doesn’t seem to happen quite often.

What can be done, then, to realign private incentives with social incentives? Above all, there exists a subtle need to lower the severity of sanctions to enhance their practical relevance. A fundamental principle in public finance is that any divergence between private and social incentives can be alleviated through a tax or a subsidy. Therefore, companies that deviate from their commitment made in the environmental impact assessment report should be taxed – rather than being banned – until they complete their obligation. Besides, gag settlements discouraging the way forward for litigation must be monetarily penalized, for such settlements become an effective tool for suppressing useful information.

In addition, the government should subsidize the whistle-blowers – as FBR does to target tax-evaders – who warn the regulators of all the evil practices of an industry, which they manage to conceal in their periodic reports. Also, lawmakers should propose some amendments in Section 12 of EPA, 1997 as well to clarify the scope of ambiguous terms in order to make environmental impact assessment reports more thorough and specific to ensure improved implementation thereof.

Jahangir Rauf is a tax lawyer based in Lahore.