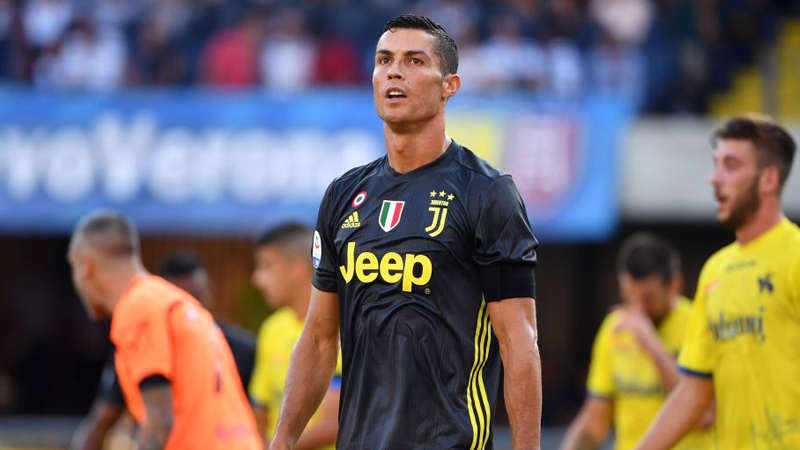 Juventus forward Cristiano Ronaldo could not impress the Italian media with his debut on Sunday as his team managed a late-winner in a thrilling contest with Chievo Verona.

Media house Il Messaggero termed Ronaldo as Juventus‘ most dangerous player, but it also added that the Portuguese can not do it all alone.

Gazzetto Dello Sport, who announced Ronaldo‘s transfer to Juve, said that the Italian league is just as tough as the Spanish one if not more but it won’t be easy for the 5-time Balon d’Or winner.

The Repubblica gave a 6.5 rating to Ronaldo for his performance saying that he was just as good as Argentinian forward Paulo Dybala.

It is fair to say that Cristiano Ronaldo‘s debut was not the best one, but he would certainly need some more time to get into the mood and get acquainted with football in Italy.