Different is not wrong

'Peace is attained where differences are embraced' 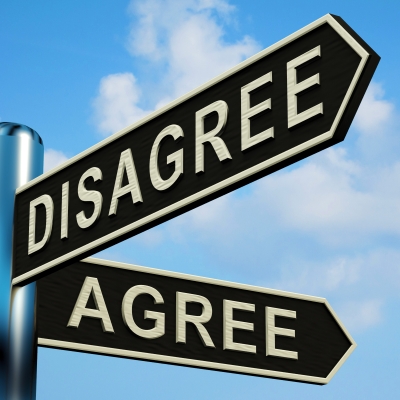 Similarity is comfort but difference is threat; this is the opinion of our society. Be it the difference of opinion, the difference of choice or the difference of approach; in their presence even the most tolerant and patient individuals can never land on the same page. We are aging, we are developing, we are even progressing but our thought process is still caught up in the paradigm that differences lead to anarchy. Who is to be blamed for this, our ancestors, our culture or our deep-rooted egos, which just do not allow us to embrace diversity?

Our fingerprints, our physical features, the way we think, the way we react, all is distinct because we are unique creations of God, then why do we fear embracing differences?

Today’s world presents bellicose rhetoric, hostile debates and poisonous arguments as manifestations of denial of differences in any society.  Hence, the quest for authority only increases when everyone wants to acquire that one righteous status, righteousness predetermined by people themselves.

Humans cherish and guard their opinions with armor; when we break through this armor we simply break the law of human nature.  When their armor is daggered, they are left infuriated with the desire to attack you in return with the words as bitter as you used, intending to win back their armor. Be it the Small domestic arguments, boardroom disagreements, regional conflicts or war at large, the major cause is the denial of differences and the resultant disrespect towards dissimilarities. The day world starts acknowledging and respecting differences, our personal, national and international issues will be resolved.

Also Read: Transformation of women from coffee-makers to policy-makers

In some beliefs, black cat crossing your way is considered a bad omen whereas others consider it a mindless incident. To some, animal rights are as vital as the basic human rights, whereas others feel that the mute should remain mute.

Decades ago, Gandhi had taught that selflessness and sacrifice leads to peace while today even the most selfless administrators believe that ensuring self interest and balance of power is an only way to peace.  That is to say that none is right or wrong, they are just different.

Akbar was the most successful Mughal emperor because he not only acknowledged cultural distinctions, but also embraced different practices and views in the subcontinent. It was only this recognition of differences, which made him Akbar-the Great.

Decades after that when the United Nations was made, the main intention behind its inception was again the identification and safeguard of global differences to attain peace.  Even today, when the parties present their election manifestos, acknowledgement and respect towards cultural varieties is on the top of to do list.  Question that repeatedly arises is that when we realise that differences do exist, then why do we not respect them? Why are we left with nothing but an option of considering one right and the other wrong?

Pakistan today is encountered with number of problems, the major being exacerbating extremism and separatism.  Difference of belief and opinion has merely lead to varieties in our society but disrespect towards this difference has lead to division. Sindhi, Balochi, Pashtun and Punjabi are the braches of same tree; the only way these branches will remain intact is to embrace that how beautifully different they are from one another.

Aggravated ideological warfare in our country will only come to an end when we as a nation will realise that different isn’t wrong.

Now, what to do? How do we take a full control from now onwards to prevent further damaging of our society and personal lives? When in conversation with differences, let’s not give our biased opinions voices, if not support; let’s stand in unison to not end respect. Let’s think before challenging a man’s armor and honour.