One of the recurring themes of Agatha Christie’s books is that, everyone (when push comes to shove) is capable of murder 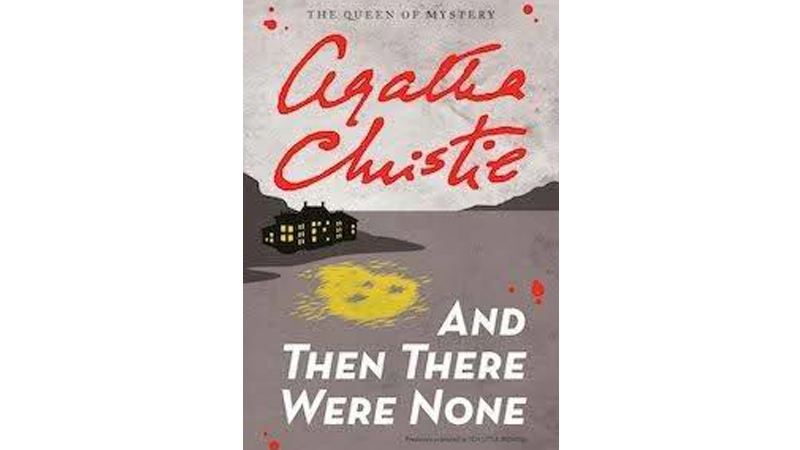 Agatha Christie is rightly called the ‘Queen of Crime,’ her ‘who dun its’ and murder mysteries will keep the reader guessing until the end. She is the master of misdirection and the ultimate smoke and mirror technician. But it is not the shocking twist at the end that makes her works so popular and stick deep in the readers’ conscious; it is her understanding of the frailties of human nature. One of the recurring themes of her books is that, everyone (when push comes to shove) is capable of murder.

Agatha Christie is known for her 66 detective novels and 14 short story collections, particularly those revolving around her fictional detectives Hercule Poirot and Miss Marple. Christie also wrote the world’s longest-running play, a murder mystery, The Mousetrap.

Christie’s empathy and fondness for her main protagonists the Belgian Poirot, forced to flee his homeland to a place that regards foreigners with suspicion, and Miss Marple, the inquisitive elderly spinster lady a character we all are familiar with from our own personal experience –is evident in her novels.

The motive behind the crime is not some convoluted or tortuous reason, but stems from the character’s baser instincts, in other words–the motive is obvious

Her works reflect the time period that the British Empire was going through a great upheaval. England was changing fast due to the combined reasons of the industrial revolution, the First World War and the collapse of its empire. Christie books are full of the people most affected by this altering landscape. The British colonels who had served in India, and were used to a luxurious life full of servants while living in huge houses, returned to England to a life of mundane struggle –the ‘genteel’ class whose fortunes had dwindled with time and who were unequipped to deal with the ‘modern times.’

Christie was not constrained by the politically correct times that we live in now, hence some of her descriptions might seem downright racist to the reader but a great hallmark of any author is to reflect the times they live in. (The England of Christie’s time reminds me a bit of Pakistan today. Women are becoming more work oriented, the feudal system (in Punjab at least) is beginning to crack and a person’s worth is being judged not by their last name but by their achievements and accomplishments.)

Another area where Christie’s works can be separated from other crime fiction or murder mysteries is that the motive behind the crime is not some convoluted or tortuous reason, but stems from the characters’ baser instincts, in other words – the motive is obvious. Her murderers are usually the first people the reader suspects, the younger husband of an older rich woman or the ambitious self-centered actress to whom taking a life is just a minor obstacle to her goal. In the novel Lord Edgeware Dies, the character of the actress Jane Wilkinson is one of the best villains written by Christie. When at the end of the novel she is finally revealed as the murderer by the brilliant Hercule Poirot, the beautiful and ruthless actress delivers a line of childish simplicity and cunning, “It was so easy.”

Although, Christie wrote six romance novels under the pseudonym Mary Westmacott, some of her murder mysteries can also be classified as love stories. Christie herself suffered an extremely unhappy romance with her first husband who left her for another woman, perhaps that is the reason why she is able to write about the despair and anguish felt by the pangs of unrequited love in the poignant tales –The Sad Cypress, and Murder on the Nile.

Christie also possessed a lighter side as her works are full of humour and the ridiculous; she uses the well known crime fiction trope of the blundering but loyal detective’s sidekick in the character of Captain Hastings. ‘Mon ami Hastings you are too trusting, it’s because your nature is so good,’ Poirot would often say to soothe his best friend’s vanity when invariably Hastings would be led astray in search of the real culprit – a beautiful woman often being the reason why.

Christie’s thrillers though fewer in number are full of atmospheric suspense and tension that keep the reader on knife’s edge. And Then There Were None takes place on a deserted island where one of the ten people is a murderer and the only ones eliminated from suspicion are those that are already dead. One by one, as each character is killed in sync to a nursery rhyme that becomes more ominous than the screech of Freddy Krugger’s nails –the reader’s apprehension of who is next grows. And Then There Were None is a must read for all thrill seekers.