Political manifestos and advertisement appeals in political campaign for GE 2018 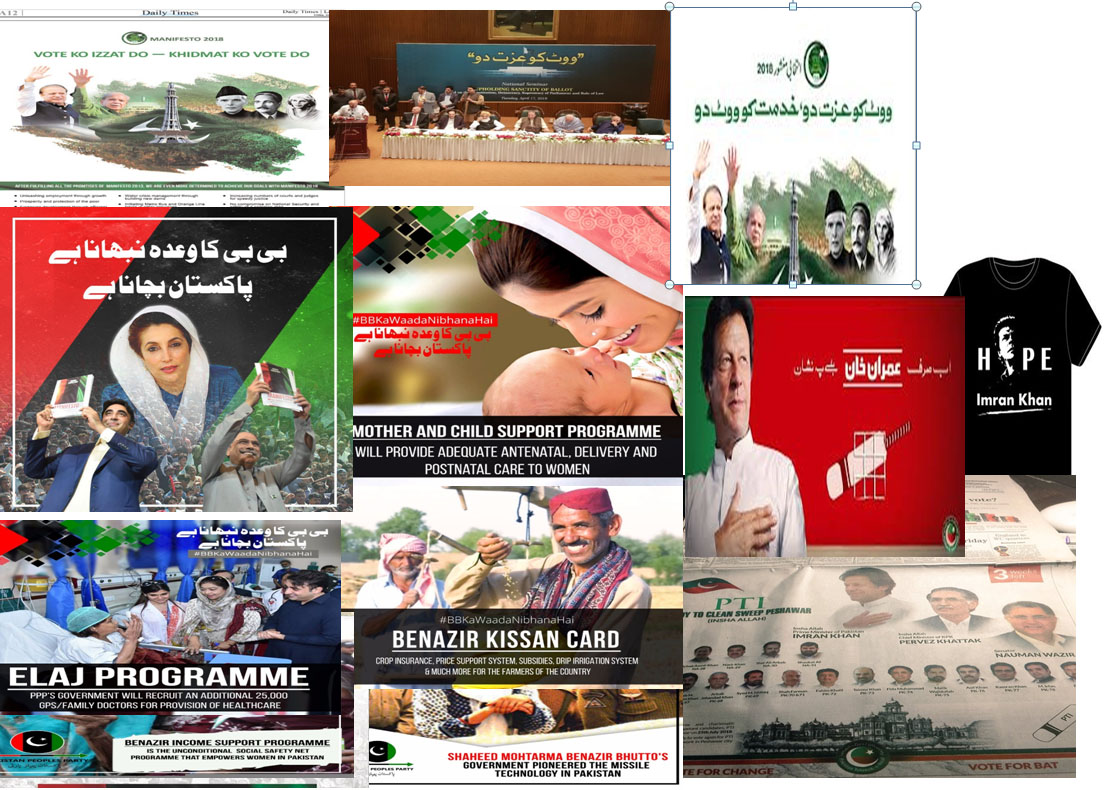 In the modern advanced era of technology, the battle for gaining votes is not confined to ask voters for vote through door to door campaign by politicians,but the campaign of politicians is being run using the modern means of communications with the voters as well. These days, social media plays an important role in convincing potential voters who to vote for. As an observer, we are still playing catch-up when it comes to measuring these conversations, but as they are becoming an increasingly important part of any holistic campaign or political strategy, we would be remiss if we did not attempt to measure them properly.

A total of five advertising appeals identified for the July 2018 elections in Pakistan by major political parties. Rational appeal employs logical information and arguments in order to gain the support of the people.

A total of seven advertising themes emerge during campaign of general election  (GE) 2018 run-off upon which political campaigns of the major political parties are being executed.