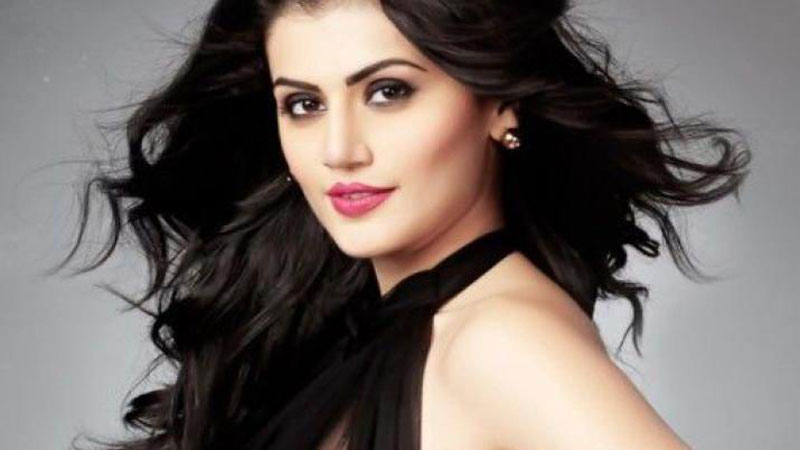 Taapsee Pannu, the heroine who is popular for her films Baby and Naam Shabana, says that she has been told stories of sexual harassment in Bollywood, but can’t disclose them because they aren’t her own.

She went on to say, the reason why female actors have not called out sexual abusers in the Hindi film industry is because they fear being judged and shamed.

There are only a handful of Bollywood actors who have come out in the open and spoke about sexual harassment in the industry, without taking any names.

“It’s not that it doesn’t happen, it does. I am aware of it because I hear from people who tell me this but they probably aren’t ready to openly talk about it because there are a lot of taboos attached to it”

Taapsee Pannu further added, “Fortunately or unfortunately” she did not face any sexual harassment; otherwise she would’ve “probably helped voicing it.”

“It’s not that it doesn’t happen, it does. I am aware of it because I hear from people who tell me this but the same people probably aren’t ready to openly talk about it because there are a lot of taboos attached to it.

“They feel whatever little momentum their career has gained, because of this a lot of people will not support them, (they) will think this is a cheap way of publicity. Their ethics and characters will be questioned,” she told PTI in an interview.

While Hollywood had actors are naming and shaming their abusers, the film fraternity in India has been silent on the topic, thereby inviting criticism from fans.

“It’s not who was wrong and right in that situation. They will look at the person with a doubt that ‘you are exploiting this situation for your benefit’.

“Especially for girls who have no family here or someone supporting them here. It’s not like that. So may be that insecurity really haunts them and that holds them back,” she adds.

Over the years with her films such as Baby and Naam Shabana, the actor has earned the image of an action heroine. The actress believes that she views this label rather positively.

“In this industry, for an outsider to have any image is a big thing. People do so many things, just to have an image, whether it’s through PR or films. To have such a strong image, without any acting, off-camera, I feel blessed.

“The fact that my audience relates to me and has brought me so far, and you all have come to watch my short film, I think the image is working well for me,” she said.