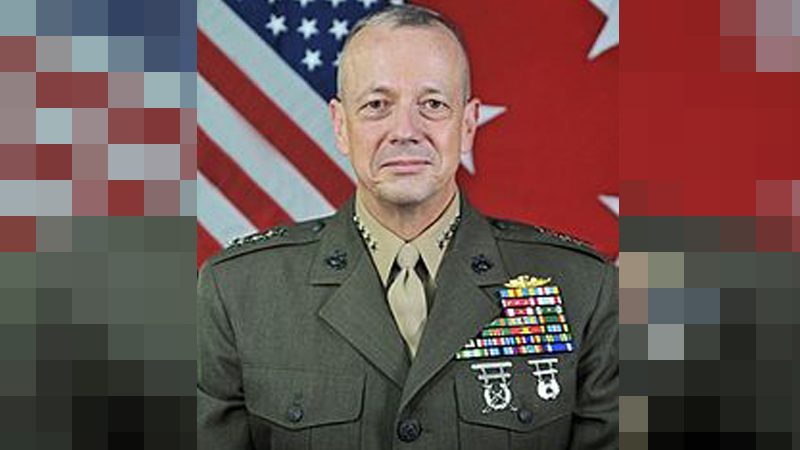 Nearly four days before Pak-Afghan officials met in Islamabad to continue their revived dialogue under the Afghan Pakistan Action Plan for Peace and Solidarity (APAPPS), most in the local and foreign media missed a unique , though stringing critique – near indictment – of the US-led Nation-Building project in Afghanistan.

It came from none other than- John Sopko, the current US special inspector general for Afghanistan reconstruction (SIGAR), and the four-star General John Rutherford Allen, who commanded 150,000 U.S. and NATO forces (from July 2011 to February 2013) in the war-battered country.

Both Sopko and Allen also – by default – came to the rescue of Pakistan and poked holes in the US-Afghan narrative on Pakistan too.

Here is what John Sopko, who has since 2012 meticulously been laying bare the systemic fraud and lacunas in the US security and development efforts, said when asked about Pakistan’s role in the Afghan insurgency.

“We keep referring to Pakistan as being the key problem. But the problem also was that the Afghan government at times was viewed very negatively by their local people and what you really need is to insert a government that the people support, a government that is not predatory, a government that is not a bunch of lawless warlords. That is a key thing and that was one of the things I did not talk about. When we poured so much money into these unstable environments we contributed to the problem of creating more warlords, more powerful people who basically take the law into their own hands. So, in essence, the government we introduced, particularly some of the Afghan local police forces, which were nothing other than warlord militias with some uniforms on, were just as bad as the terrorists before them.”

Sopko continued: “the sheer amount of money spent … had no correlation with outcome.” He characterised past reconstruction efforts as trying to build ‘a diplomatic Norway’ that emphasised the construction of ‘schools, highways, etc’. The question to be answered should have been, “what were the services the insurgents were providing” that gained the public’s trust in a village, district or province and go from there.

General John, the president of the Brookings Institution, who had commanded the US-NATO International Security Assistance Force (ISAF) in Afghanistan (July 2011-Feb 2013) also offered a sobre assessment of the intricacies of US-Pakistan relations.

For a long time, I believed that peace in Afghanistan passed through Islamabad and Rawalpindi. In many respects, I now think that the longterm stability of Pakistan passes not just through Islamabad and Rawalpindi but also through Kabul. So, getting the Pakistanis, the Afghans and the international community to have a similar view that a stable Afghanistan, one that has the capacity both for governmental stability, security to the population, and very importantly, a viable reinvigorated economy, is not just important to Afghanistan it is also important to the long term stability of Pakistan.”

General Allen also pointed to another triangular threat that Afghanistan faces i.e. inextricable link between criminality, corruption, and the insurgency.

“In my mind, there was a triangular threat to Afghanistan’s future but also, in a military context, you had the ideological insurgency, which we would euphemistically called the Taliban, you had the drug enterprise which fueled an awful lot of insurgent and criminal behaviour and then you had the criminal patronage network. I don’t believe we were properly organised frankly to deal with that.”

Allen cautioned, “we will fool ourselves to believing we have defeated the Taliban in a particular area only to find out that now we got the criminal patronage networks to work in.

They are deeply embedded in the society and they are well fueled with their drug enterprise.”

Coming from two top American officials, these statements are quite instructive, particularly for all those who tend to dump the entire blame at Pakistan’s doorstep. They, of course, should not deflect from Pakistan’s policy failures and administrative missteps which have only added to acrimony and mistrust between the two countries. Islamabad and Rawalpindi need to act in unison vis-à-vis Afghanistan, also because the latter defines the Indian and the US narrative on Pakistan. APAPPS has created a good momentum and both countries can now build on it to defy the external factors that have been ominously shadowing their bilateral relations.