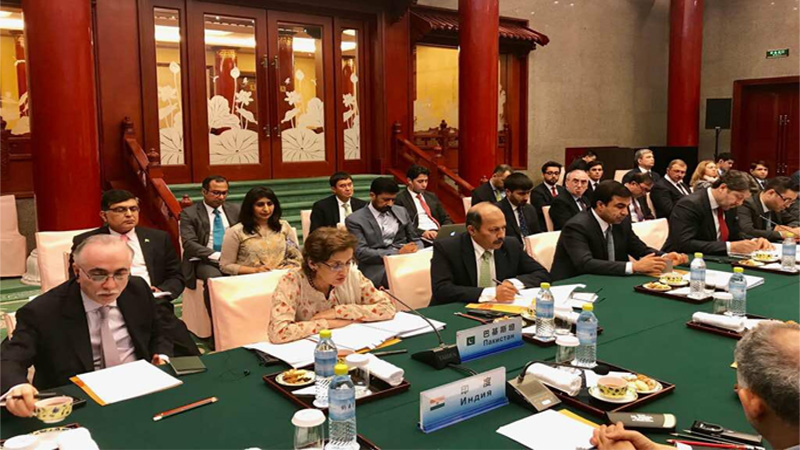 ISLAMABAD: Senior Pakistani, Afghan and Chinese diplomats are in Beijing for a series of meetings that will also review preparations for the second trilateral meeting of the foreign ministers.

In her statement, Tehmina Janjua reaffirmed Pakistan’s commitment to continued efforts for promoting peace and stability in Afghanistan, the foreign office spokesman said on his Twitter.

The Foreign Secretary also underlined ongoing initiatives of Pakistan for engagement with Afghanistan in all areas including peace and stability and promoting economic cooperation and connectivity.

She highlighted the measures taken by Pakistan to enhance bilateral trade, transit, people-to-people exchanges and to deepen connectivity between Pakistan and Afghanistan.

The Afghan, Chinese and Pakistani diplomats also reviewed preparations for the second trilateral meeting of the foreign ministers which will be held in Kabul this year.

The first trilateral FMs meeting was held in Beijing in December, months after China brokered the three-party forum when Chinese Foreign Minister Wang Yi traveled to Kabul and Islamabad in June last year when relations between Pakistan and Afghanistan had been under pressure after a massive truck bomb killed nearly 150 people in Kabul in late May.

China is also planned to host the Shanghai Cooperation Organization contact group’s meeting on Afghanistan next month on the sideline of the SCO summit.

The SCO revived the Afghan contact group last year to play active role for peace and stability in Afghanistan as the member countries are concerned of the continuation of war in Afghanistan.

The first meeting of the contact group was held in Moscow last year following its revival so the SCO could play active role in political solution to the Afghan conflict.

A Pakistani official said China, being the SCO’s current chair, is now playing active role for the peace and stability in Afghanistan. Being a major stakeholder and now a member, Pakistan will also share its input in the SCO about Afghanistan.