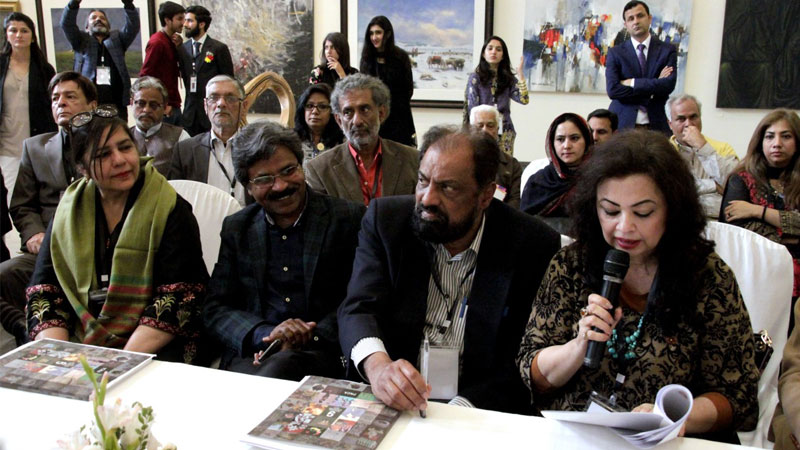 The first ever National Artists Convention (NAC) which was organised by the Pakistan National Council of the Arts (PNCA) last month came up with a comprehensive policy for the uplift of arts in Pakistan. Artists from all over Pakistan spent marathon sessions at PNCA, Islamabad from February 24, 2018 to February 26, 2018. After thorough deliberations, they made comprehensive recommendations regarding promotion of visual arts, including government policy, educational reforms and artists’ welfare.

It was not an easy task to bring artists from all over Pakistan and make them sit on a table to develop a charter of demand for the national cultural policy that will not only help in promotion of art in the country but also work for the welfare of the artists, Syed Jamal Shad told Daily Times. He claimed that when he took control of the PNCA, it was on top of the list and he along with his team worked for a year to realise it. “Today I feel very proud and accomplished. A dream has come true.”

“It was a wonderful experience that such a large number of artists came together and developed a charter of demand to be included in first ever national cultural policy”, senior artist Qavi Khan told Daily Times. However, he added that they have legitimate concerns keeping in view the past experiences which were unsuccessful. “This time the charter of demands should not just stay on a piece of paper but should be seen in a tangible form.”

Other artists spoke to Daily Times and shared Qavi Khan’s concerns, saying that the charter of demands they developed after investing their time and energies must be acted upon soon.

Materialising the vision of former prime minister Nawaz Sharif, for the first time ever a cultural policy was announced by the government which cornerstone envisages a constitutional guarantee of the fundamental right to the freedom of peaceful artistic expression for all forms of arts, be it visual, film, television, theatre, radio, music and dance, tangible, intangible and vernacular heritage. They were of the opinion that with such an amendment, the state will ensure that all persons, institutions and communities involved in artistic endeavours will have the requisite protection from harassment and extortion. If the creative economy is to be truly established, it should have the status of a nascent industry and given all the incentives and tax exemptions that such a business model requires.

The PNCA, as facilitator to all practitioners of every art form will set up an online digital data base, which will include the circulation of entitlements, benefits and information of the timetable of events and opportunities for research, training, capacity building, acquisition of technology and enhancement of the marketing skills for creative products that are available both domestically and internationally.

In terms of development of the film industry in Pakistan, the convention demanded that a Museum of Moving Images be set up. It also demanded Archives/ National Library of movies, artists’ records and scripts, regular screening of classic films, conservation of Pakistani old films, film archive, dubbing of Pakistani films in International languages, National Film Awards to be revived and Pakistani film festivals internationally on regular basis.

Demand for cetralised censor board

Serious deliberations were held on the subject of censorship and the artists demanded a centralised censor for the whole country, censor fee uniformity and one window operation. Censor board must consist of seasoned artists from the industry academic backgrounds only, no guest or irrelevant person should be allowed at censorship viewing.

On the subject of No Objection Certificate (NOC), the charter demanded one window operation for all problems solving for film makers, facilitation of visas for artists and technical crew travelling abroad, cultural attaché should be appointed in all Pakistan embassies abroad, film crew from abroad should have easy access to NOCs to travel throughout Pakistan and easy access to the tourists sights of Pakistan with full security and facilitation.

On copyright and intellectual property, the charter demanded that artists to be paid royalty for scripts, songs and story lines, contracts should be strictly honored under law, bringing of existing law of intellectual property right under active practice and signing of contract against hiring of the services of an artist is made an obligation for all institutions and individuals.

The charter also demanded that radio budget should be increased for maintenance of studios and up gradation of technical equipment, revival of orchestra, zero taxes for radio artists, timely payment, provision/allotment of residential plots to practicing artists on rebated rates and easy installments and establishment of artist, no retirement age for artists, revise the pay structure.

The charter demanded that foreign content should be discouraged, or restricted and heavily taxed, especially prime time. It asked for 100 percent more Pakistani productions, showbiz representation in PEMRA, bringing the royalty act under practice, revival of PTV previous system of royalty payment and cancellation of outright purchase system by PTV, PBC and private sector electronic media, revival of children programs.

It also demanded that cultural curriculum be prepared and introduced in all schools from Kindergarten to Matric as compulsory subject, PTV should revive the drama production in all provinces, revival of drama preview committees, drafting of new contracts or renewal of existing contracts with PTV should have Artist peer input, at least one hour per hour should be dedicated to cultural, classical and folk art and gender equality in producers of PTV.

Importance of training and education

The artists stressed on the importance of training and demanded that there should be training academies in all major cities, all PTV regional stations should be revived, Provision of training facilities with foreign professionals and funding for interactive workshop. They also demanded timely payments to artists and fee structure should be same for all artists from any city.

On art education, the charter demanded a national curriculum based on art and culture must be introduced in schools and colleges, universities must train teachers to teach the arts, HEC, and other funding agencies, must promote art, and art subjects more robustly (e.g. funds for departments, scholarships etc.) and culture must be subject in Civil Service Examinations.

Since welfare of the artists was one of the main demands of the charter, it was suggested that artist who get pride of performance of higher civil awards, and reach age 60, must be given health, travelling and other benefits as given to a BPS 20 officer upon retirement. It was also demanded that their work must be preserved in book form. 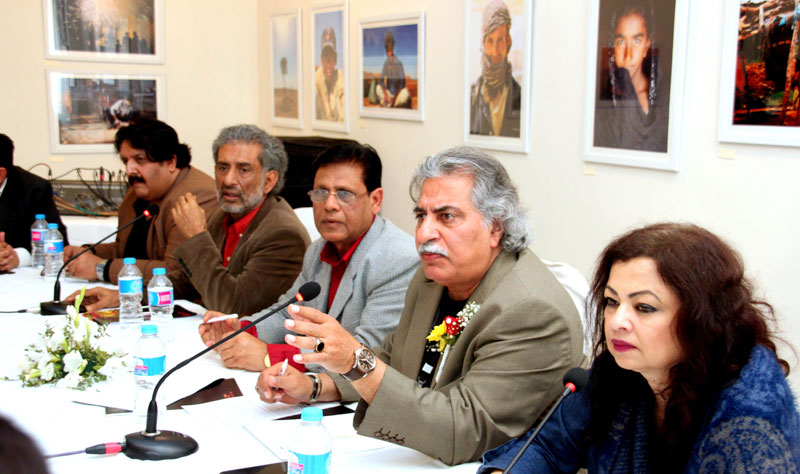 Promotion of dance and music

For the promotion of dance in the country, the charter of demands included abolition of taxes on artistic services regarding Dance, regularisation of young artists working with the government in reasonable grades with all facilities as government employees. They shall also be allowed to in practice private shows without any discrimination.There shall be no faith-based discrimination at any level with the national and international training especially the young ones.

One of the sessions in the Artists Convention that attracted large number of audience was on Music. It was demanded that all metropolitans and Municipal Corporations should facilitate the establishment of Art & Culture institutions by offering plots on easy installments. Cultural curriculum be prepared and introduced in all schools from kindergarten to Matric as compulsory subject. Art and culture should be considered a necessity and Art Education be encouraged and supported. Payments to artists are usually delayed sometimes for a month and artists seen from pillar to post in collection of remuneration. Thus, releasing payment after performance is to be ensured.

The charter also demanded hostels for artists in major cities of Pakistan, printing of artists’ contract form in Urdu, access to old age benefits and provision of pension, a provision of jobs in state owned offices and corporate sectored to practicing artists and their dependents, provision of rebate on travel by Pakistan railways, PIA and other private sector airlines of Pakistan, provision of interest free loans for the artists for house, building and professional education of their children, abolition of taxes on artistic services, quota of artists’ children for job in radio and television, establishment of artist welfare fund, access to the right of the group insurance of artist and premium of the policy holders be pooled by related government organization, free access to government hospital, compensation in case of deaths of the artists, artists who are issued accreditation cards should get status like journalists and Pride of performance artists should get membership in all clubs from the quota of government servants.