Sir Muhammad Zafarullah Khan: a man of his own

On 6 February 1893 in Daska (near Sialkot), Ch. Nasrullah Khan and Husain Bibi were blessed with a child, Ch. Muhammad Zafarullah Khan. The child had a promising future of a distinguished jurist, lawyer, diplomat and a key person to determine the fortune of ‘nations’ by conferring and practising his worthwhile competences. After completing his formal studies in Government College Lahore, he passed his LLB from King’s College London and started his law practice in Sialkot during 1915-1916. He later moved his office to Lahore during 1916-1935. Moreover, he also served in Law College Lahore as a lecturer during 1919-1924.

Ch. Zafarullah Khan commenced his political responsibilities in 1926 when he befitted as a member of Punjab Legislative Council. He was quite close to Sir Fazl-e-Husain of Unionist Party of Punjab. He joined All India Muslims League (AIML) and presided the AIML’s meeting in 1931 at Delhi in which he highlighted the cause of Muslims. In 1931-1932, as President of AIML, he had the opportunity to stay close to Mr Jinnah. Sir Zafarullah Khan was honoured to represent the League in Round Table Conferences in London through 1930-1932. Under the direct supervision of Mr Jinnah, he defended and presented the image and demands of Indian Muslims. It was undoubtedly a critical time demanding a new constitution for India. Therefore, distinct legal souls like Sir Zafarullah Khan were the essential need of the time to deliberate the Indian Muslims’ constitutional issues in RTCs.

In 1935, he became a member of the Viceroy’s Executive Council for two years as Railway Minister. After completing the tenure, he received the titles of ‘Sir’ and ‘KCCI’ according to the traditions. In the Central Assembly of United India, he also remained the ‘Leader of the House’.Ch. Anwar Ahmad Kahlon, PS of Sir Zafarullah Khan in a TV interview, shared that as Minister in United India he visited Europe for successful trade agreements and stayed there for six to seven months. Even Mr Jinnah admired the agreement as “agreement is tons better than the earlier agreement”. Even before the partition, Viceroys of India had admired him and proposed foreign delegations to conferences and meetings under Sir Zafarullah Khan’s leadership. 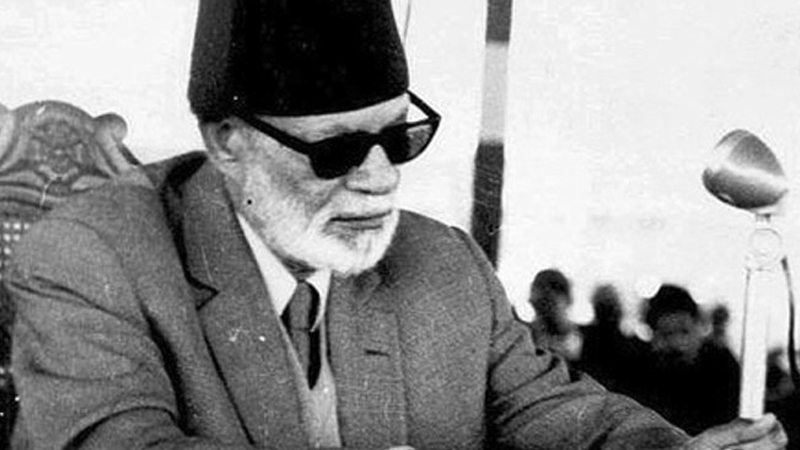 Sir Zafarullah had also been the member of Viceroy’s Executive Council during 1935-1941during which he represented India in the League of Nations in 1939,becoming the only Indian to represent India both in ‘League of Nations’ and ‘United Nations’. In 1936, he represented British India in the coronation ceremony of George V. He was the Chairman of ‘Supply Department’ during World War II. Furthermore, he was the author of famous ‘Lahore Resolution’ (Pakistan Resolution) of 1940. Historically, this resolution is known as Lahore Resolution. The word ‘Pakistan’ was not used. Hindu press satirically named it the ‘Pakistan Resolution’.

From 1941 to 1947,until partition, he served as a judge of Federal Court of India. On Mr Jinnah’s request, Sir Zafarullah prepared Punjab’s case admirably in the Boundary Commission in 1947. He passionately planned and primed this case for the benefits of Pakistan. In his autobiography ‘Tahdis-i-Nemat’ (Urdu) and ‘The Servant of God’ (English),he had a comprehensive discussion unveiling various controversies by British manipulations regarding the partition plan of Punjab.

In provincial elections of 1946, AIML secured heavy mandate in Punjab Assembly. Nevertheless, E. Jenkins, the Governor of Punjab invited Sir Khizar Hayat Tiwana of Unionist Party to form a government in Punjab with the coalition of Akali Dal and Congress. In response, AIML launched agitation throughout Punjab. Violence was at its peak in Punjab, particularly during February-March 1947. Muslim League was demanding resignation from Mr Tiwana to form League’s ministry. Sir Zafarullah visited from Delhi to Lahore to convince Mr Tiwana for resignation to contain the situations and stop the horrifying bloodshed.

Sir Zafarullah had good relations with Unionist leadership. It was his political will and rationale that he convinced Khizer to resign on 2 March 1947.

The rest of the world and international forums benefitted from Sir Zafarullah’s competence, but unfortunately his own countrymen disowned him

Moreover, when Pakistan became the member of the UN on 30 September 1947, Sir Zafarullah led the first Pakistani delegation in September 1947 in the UN. Mr Jinnah, the founder of Pakistan, gave him due respect and honoured him as the first Foreign Minister of Pakistan. Sir Zafarullah was also designated as the constitutional advisor to the ruler of Bhopal (from June to December 1947) on Mr Jinnah’s wish.

In reference to Kashmir issue, Sir Zafarullah significantly presented Pakistan’s case at the UN. Even Indian diplomats in the UN acknowledged Sir Zafarullah Khan’s presentation of the Kashmir case. In his speech at the UN in 1949, Sir Zafarullah urged for the demilitarisation of the state of Kashmir to hold a free plebiscite. He stressed, “it would be the duty of the plebiscite administrator to establish the conditions which would ensure and grantee that the plebiscite is in every respect free and impartial”.

In 1949, he focused on the traditional behaviour of the Indian government and said, “…Indian press to persuade the Govt. of India to resile from this position” but India did not intend to resile from Jammu and Kashmir.

His services for the Muslim world are the revolutionary for the Islamic communities. He highlighted the issues of Palestine and advocated the voices of freedom in Morocco, Eritrea, Libya, Sudan among others on the international forums. Even in 1948, he opposed the foundation of Israel to British Foreign Minister. In 1958, Sir Zafarullah was honoured to perform Umrah, during which he visited Saudi Shah who praised him for his services towards Arab nations, particularly for Palestine. In 1967, he performed Hajj as the special guest of the Saudi Shah Faisal.

Religiously, Ch. Zafarullah Khan belonged to Ahmadiyya Muslim community and was a proud Pakistani. His faith always remained controversial among radicalised religious classes, deceptively propagating against him as an anti-Pakistan element and unfaithful soul. Contrarily, the facts are opposite as he was the person chosen and recognised by Mr Jinnah and international community admired his legal and diplomatic services.

In 1953, Khatm-i-Nabuwat Majlis-e-Ihrar along with other orthodox religious classes launched anti-Ahmadiyya movement. Their primary demand was the removal of Sir Zafarullah from Foreign Minister-ship of Pakistan. Punjab, particularly Lahore, became the centre of the agitation and riots. To contain the situation, the government imposed martial law under General Azam. In response, Sir Zafarullah Khan resigned and went to self-exile in 1954.

Maulana Maududi, the founder of Jamat-i-Islami, also did not offer Mr Jinnah’s funeral prayer but was never criticised and labelled a traitor. Therefore, the criticism on this issue befits nothing but a useless attempt to jeopardise his services for his nation.

He was a highly literate person and the author of about 50 books and writings in Urdu as well as in English, including an explanatory translation of the Holy Quran in English in 1970. The Excellent Exemplar Muhammad: The Messenger of Allah, The Message of Islam, Victory of Prayer over Prejudice, Islam and Human Rights, Wisdom of the Holy Prophet, My Mother, Agony of Pakistan, Tahdis-i-Nemat, Servant of God are among the list of his literary endeavours. He came back to Pakistan in 1983 and lived in Lahore. During his last illness, the Shah of Jordan sent his ambassador and offered for his proper treatment in Jordan if his disease was not curable in Pakistan, but he refused. He passed away on September 1, 1985, and was buried in Rabwah (Chenab Nagar), presently in District Chiniot.

The behaviour of the Pakistani nation towards its hero is abundant to determine why Pakistan is still a regressive state.