The by-elections held at NA-154 gave us an example of what hereditary politics look like. Though dynastic politics has always been there, PTI being part of it was quite ironic.

Why Jahangir Tareen’s son Ali Tareen was defeated by a considerable margin in his hometown? What were the possible factors which acted as a catalyst for the people of Lodhran to change their mind? What made Reham Khan (Imran Khan’s former wife) to say that Imran Khan and his party is losing popularity among the masses before even being elected?

Why and how Mr Muhammad Iqbal Shah won? Was the victory a result of his personality or people of Lodhran gave their vote to Nawaz Sharif? And last but not the least; is Nawaz Sharif’s claim that people have given their verdict in his favour — true or false? It is believed that Ali Tareen’s defeat is a major setback to Pakistan Tehreek-e-Insaf’s (PTI) political narrative; however, it is yet to probe that what caused the people to do the other way.

The defeat at Lodhran came as a shock for the PTI. However, it would be too early for the PML-N to celebrate its victory — since the 2018 General Elections are yet to come and the next political setup for the next five years is so far to be decided.

Hereditary politics is a common problem in developing countries. States with colonial legacies need a democratic system to continue — since colonial powers are used to leaving many fault lines behind

It would be quite difficult for PTI to recover from this defeat and reclaim its lost and an important National Assembly constituency. PML-N would initiate mega projects in Lodhran while rewarding the people for their loyalty and support. In his recent statement Nawaz Sharif said that he himself will visit there to thank the people of Lodhran. Correspondingly, Lodhran will be deluged with discretionary developmental funds.

Imran Khan and his comrades have maintained a moral rhetoric regarding the politics of Pakistan; nevertheless, it is argued by many analysts that a clear and vivid dichotomy has long existed between the rhetoric and reality. Leaders around the globe have remained under the influence of their close aides in many ways.

Primarily people with two dominant characteristics are considered to be assertive in a forceful manner; (i) intimidating and audacious, and (ii) wealth and money. For instance, US President Dwight David Eisenhower (former General of the Army of the US Army) was somehow overshadowed and remained in a substantial influence of his Secretary of State John Foster Dulles. 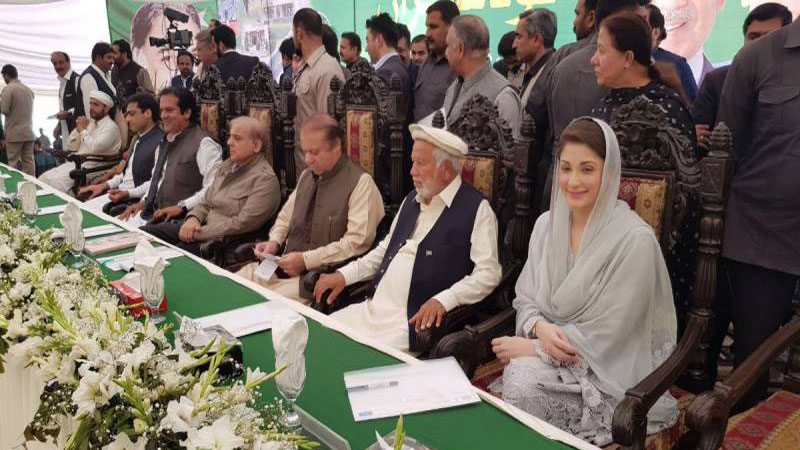 The Secretary was responsible for designing the US Military doctrine of ‘Massive Retaliation’ — had the Soviets attack Europe. Apparently, Jahangir Tareen due to his wealth and money influenced Imran Khan a lot in many ways. The Neo-Classical Realist school of thought of the Realist tradition argues that leaders are influenced by certain intervening variables such as advisors — Imran Khan is no exception.

It is a historical fact that Nawaz Sharif along with his companions made a significant struggle for democracy in Pakistan and PML-N still maintains a strong and vibrant support from the people.

However, PML-N needs to take the criticism in a bit more serious and open manner whilst acting upon it. By keeping in view the current voting trend of the people and if PML-N maintains the momentum — it can be predicted and assessed here that in the 2018 General Elections — perhaps PML-N will out-play and out-manoeuvre all of its political rivals.

It is very much hard for people to forget the man who not just once but three times led their country and still maintains a decisive role in Pakistani politics.

In one of his latest statements, as usual, Imran Khan accused PML-N of influencing the election results of NA-154.

Mr. Khan has to realise that every action always has a reaction and probably his excessive criticism on PML-N while stirring up the political temperature has greatly backfired.

Nonetheless, this article does not intend to glorify Nawaz Sharif (PML-N) or demonise Imran Khan (PTI); however, the political developments are going in favour of the former in relation to the latter.

Hereditary politics is a common problem in the developing countries. States with colonial legacies need democratic system to continue — since colonial powers are used to leave many fault lines behind. For instance, United States of America (the thirteen colonies) was once a colonised territory; however, it was fortunate enough to have leaders like Washington, Adams, Jefferson, Madison and Monroe. It is averred by many that Pakistan remained quite unfortunate in terms of leadership — both civil and military right from the beginning.

Nevertheless, it does not mean that Pakistan should leave hopes of becoming a developed country with a strong and credible political culture. Perhaps, Francis Fukuyama was right in his thesis ‘The End of History and the Last Man’ (1992) that democracy would be the only viable political system in the world in the post-Cold War era. Nonetheless, a country like North Korea continues to challenge Fukuyama’s arguments.