Deep inside where nothing is fine

Depression affects more than 300 million people worldwide (this is an increase of more than 18 percent between 2005 and 2015) and is considered the single leading cause of disability around the world.

While the social cost of depression is incalculable, the economic costs to individuals, communities and nations is estimated to amount to more than $1 trillion globally according to the World Health Organization (WHO). 322 million people, or about 4.4 percent of the global population were suffering from depression in 2015 according to the latest statistics from WHO. The incidence was higher amongst women (5.1 percent) than men (3.6 percent). Older people were more susceptible than young people and children.

Constant stress, threats of terrorist attacks, absence of social security, poverty, illness, poor health standards, injustice, illiteracy and economic upheaval are all causing mental disorders in Pakistan. People have become very rigid and inflexible in their thinking, as well as confused about religion. Things have gone badly wrong somewhere. People are unable to rationally analyze the situations they face and are becoming angrier. Its as if the vast majority of the populace is suffering from Post-Traumatic Stress. You find that Pakistanis have major issues around trust because they live in heightened security. After all, you never know who is living next door, your neighbour could be a suicide bomber.

According to certain reports, there are now thousands of suicide attempts in Pakistan every day. And this is probably an underestimated figure given the legal, socio-cultural, and religious sanctions against suicide in Pakistan

In Pakistan, suicide statistics are not compiled on the national level, nor are any formal reports sent to WHO, so there is no authentic report on the number of suicides and suicide attempts. However, every other day a new story about a suicide does the rounds in the media. This clearly shows that there must be an alarming increase in the suicide rates in this country.

According to certain reports, there are now thousands of suicide attempts in Pakistan every day. And this is probably an underestimated figure given the legal, socio-cultural, and religious sanctions against suicide in Pakistan. Psychologists believe these violent episodes create a huge mental-health problem for the population. Data from population-based studies indicate that a third of Pakistan’s population have anxiety and depression.

Factors that may lead to depression, anxiety, addictive behaviors and eating disorders are stressful life situations, use of alcohol or recreational drugs, a chemical imbalance in the brain, certain genetic disorders or having a blood relative with a mental illness. Exposure to environmental stressors, inflammatory conditions, toxins, alcohol or drugs while in the womb can also be linked to mental illness. There are other dilemmas that exacerbate the situation such as social stigmas, shortage of mental health professionals, brain drain and unavailability of structured training programs. 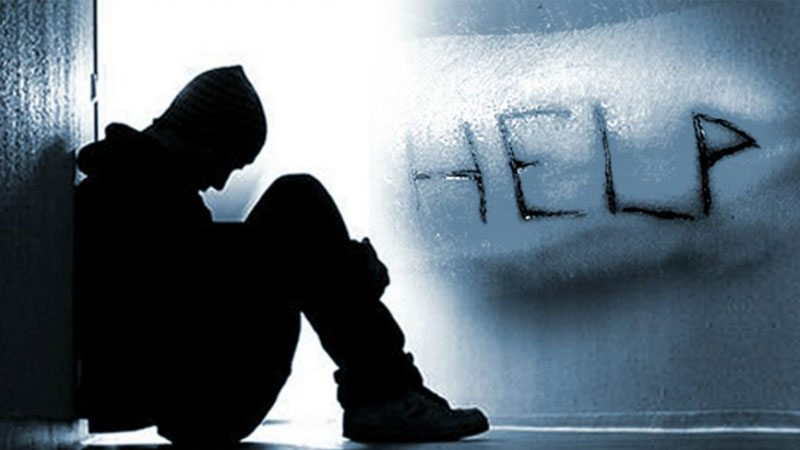 Studies show that people with mental illness are much more likely to be victims of crimes than perpetrators. The media should come forward and be strong partners against the social bias that people suffering from mental illnesses are dangerous. Family members, friends and the society in general had a vital role to play in helping people recover from mental illness. What they need is a positive attitude and acceptance of their conditions.

Investment in mental health makes financial and social sense, and failure to act will be costly. If untreated, depression can be debilitating and even lead to suicide, which is the second leading cause of death among people aged 15 to 29 years old.

Governments can improve mental health services, families and communities can provide social support, civil society groups can raise awareness, and individuals can seek help and treatment and talk to others about how they feel.

It is the responsibility of provincial governments to provide funds to combat mental illness. Mental-health professionals, especially psychologists, should provide leadership in this regard. On an individual level, some changes in lifestyle can significantly help. Be an organized person in your routine life, take wise and timely decisions, and take good care of yourself with healthy eating, regular physical activity and sufficient sleep — usually seven to eight hours for adults. Avoid conflicts in personal as well as professional life, try to participate in social activities, and get together with family or friends regularly. Avoid alcohol and drug use. Moreover, stigma and shame must be uprooted from our communities.

Therapy itself involves addressing emotional suffering, vulnerability, anxiety and sadness. The least we can do is facilitate mentally ill patients in seeking the support they need. In a country that is already a casualty to many ills, the human toll of neglecting mental health can no longer be ignored.

The writer is a freelance journalist and is associated with the development sector. He can be reached at mqesar@gmail.com. He tweets @mqesar