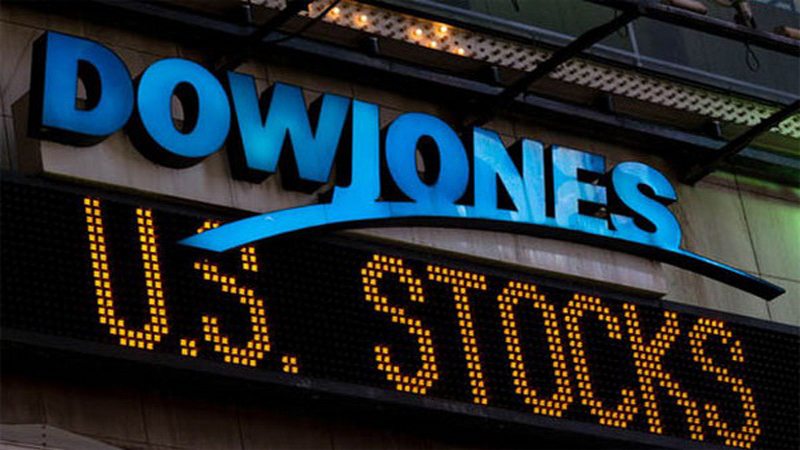 Dow Jones witnessed incessant beat of the music, rendered by the speculative market stakeholders and unchanged federal policy rate amid the induction of Jerome Powel as the new chair of Federal Reserve. The new chair was greeted by the stocks swinging wildly and major indexes plunging to more than 10 percent, reeling off in a correction territory.

The market correction in New York spiraled and ricocheted to the rest of the equity markets in Eurozone and Asia, albeit some stocks swam against the tide. The global sell-off proved murky for the investors amid plummeting stocks; deciding to take profit in the event of more market weakness ahead. The global market is treading upon an unparalleled order, witnessing the emergence of a modified system where even a veteran political scientist Henry Kissinger is off the view, “the pattern of world politics of recent centuries will be overthrown”. The West, under the stewardship of Donald Trump, who bragged about how the stocks market ‘smashed one record after another, gaining $8 trillion in value’ in his recent state of the union speech, is engaging without a geo-strategic plan under the perfidious sloganeering schemes of ‘America first’ and events akin to Brexit and, withdrawing in concept or in fact-as has been the temptation in the recent past-paving way for the emerging powers to step into West’s place.

Globalization cooked up an integrated spectrum of economies creating a rudderless farrago of schemes that were destined to create a ripple eventually. On Oct 19, 1987, reminiscing modern historical events, the notorious “Black Monday,” the blue chip average gave up nearly 23 percent of its value. Subsequently on Sept 29, 2008, in the depths of the financial crisis, the Dow sank nearly seven percent. These ripples were felt precariously across the Atlantic to the shores of Asia and gripped Europe and other inconsequential economies that were not even mainstream in the physiognomy of our global village. Globetrotting politicians fell short of explaining the real case and so do the economists of modern breed who clamour about the good side of the current ‘dependent’ economic system or simply a neo-colonial era. The darker side, however, keeps making headlines but it’s a riddle which is treacherous in nature.

Asian indexes tumbled and U.S. stock indexes fell following massive losses seen stateside in the last session .Asia was all red in the following days with frantic sell-off in equity markets; Pakistan followed the global trend as soon it opened its first session. In Pakistan, the KSE-100 index fell down 803 points. PSX’s benchmark KSE-100 Index opened the day with a steep fall after it lost more than 700 points at the outset. The Indian SGX Nifty was nearly 200 points down following a bloodbath in stock markets, Sensex tanking over 1,200 points and subsequently weakening Indian rupee. Despite strong results by local good quality stocks and strong economic indicators, brunt of Dow Jones taking a plunge swept away most of these indexes.

Indian exchanges in the wake of recent melt down terminated licensing agreements for use of their indices and data feeds with their foreign counterparts. The move was aimed at curbing or reversing the export of India’s equity markets to overseas trading, and stopping liquidity flight amid stock crash. India initiating a decoupling move inadvertently revisited its non-alignment policy ‘terminating the domination of one country over another’.

Decoupling is a riddle long marred by the dominant west, however as the economies tread upon unchartered waters, it warrants drastic and not divisive actions. Decoupling has been a fundamental part of Chinese policy, exhorting Renminibi as the alternative currency to petro-dollars, embarking upon a new era of petro currency wars. In-fact in the recent Asia Pacific Economic Cooperation Summit, Trump reconfirmed his brand of “America First” policy, in contrast to the Chinese president Xi Jinping singing an altogether different hymn sheet; claimed globalisation is an irreversible historical trend, thus a recoupling axiom. The non-aligned movement is thus far resuscitating in a manner unknown, but blatant enough for the dominant forces to feel the impact.

Petro dollar has served as a reserve currency for national and international monetary institutions and has made the host countries obsequious to its authority under the liberal economic regimes and post-colonial Wilsonian system. The economies and political landscape, however, are changing in dynamics. The rise of right-wing nationalists in the West and overburdened Asian economies are trotting alternatives to a risk mitigating trail; bargaining out of the greenback dependency and subsequent attached economy through debt and trade diversification.

Major central banks are slowly but surely altering their monetary policy in the wake of rising inflation and debt ratio tanking bourses, making investors reckon the depleting liquidity support for global equity markets. But weakening or monetary tightening of a singular currency in a particular economy creating ripples across global lines in the times of greater schism amongst Westphalia nations and flag bearers of market economy is solving a decoupling enigma. Lady Thatcher, during her Findley lecture, laid down the challenges that are very relevant to the challenges today. “I believe that what is now required is a new and imaginative Atlantic initiative. Its purpose must be to redefine Atlanticism in the light of the challenges .There are rare moments when history is open and its course changed by means such as these. We may be at just such a moment now.” United States has abandoned its allies and in the absence of the will to honour its commitments; it risks losing its role imagined in Thatcher’s Atlanticism and thus concomitant distortions. The world isn’t amenable anymore.

Faraz Saeed holds BSc (honors) degree in Economics and Political Science from Lahore School of Economics. He is a freelance writer and can be reached at: farazsaeed1@gmail.com