In the forthcoming EU meetings regarding Pakistan’s GSP plus status, Asia Bibi will be a primary issue. Freedom of expression, disappearances of dissenters and the pitiable situation of religious minorities will also be on the agenda

Jan Figel, the special envoy of EU for the promotion of religious freedom around the world, in his recent visit to Pakistan candidly communicated to the Pakistani government that the future continuity of GPS plus status of Pakistan will be directly linked to the positive outcome of Asia Bibi’s blasphemy case. In 2013, the EU awarded the Generalised System of Preferences (GSP) plus status to Pakistan, allowing duty-free access to the EU markets. With this appealing international export facility, the country was allowed 20 percent exports to EU markets at zero tariffs and another 70 percent at preferential rates. Since the grant of the GSP plus status, the EU countries have become the leading destination of Pakistani exports with the remarkable increase of 53.6 percent bearing a value of 6.173 billion during the year 2016. The cessation of GSP plus status will cause a severe blow to the sinking economy of the country and will not be able to compete with local competitors like Bangladesh and Sri Lanka.

The EU communicator stressed the need to resolve Asia Bibi case because Italy, one of the EU strategic partners, is pushing hard to parallel the renewal of GSP plus status with the release of Asia Bibi, an internationally known Christian victim of false blasphemy charges languishing in the Pakistani prison for the last eight years. In her early session court hearings, she denied blasphemy accusations.But the court was pressurised by local as well as national religious forces; as a result, Muhammad Naveed Iqbal, session judge of Sheikhupura Courts, announced capital punishment for Asia Bibi.  Later, she lost her appeal in the Lahore High Court in 2014 which not only left her in despair but additionally High Court’s stay order against presidential pardon made her acquittal chances very slim. Her further appeal is pending in the Supreme Court of Pakistan.

To renew its GSP plus status, Pakistan was required to fulfil 27 UN conventions. However, on several issues including women’s rights, extrajudicial killings, kidnappings, freedom of speech, and climate change, the country could not make any attainable progress

In 2016, there was a ray of hope for Asia Bibi and her millions of well-wishers in Pakistan and around the world but exactly on the hearing date at the Apex Court, Justice Hameed-ur-Rehman, one of the judges of Asia Bibi tribunal recused from the case by saying, he was a member of Mumtaz Qadri’s court bench and that Asia Bibi’s case was directly related to his case. Therefore, he was unable to sit with other judges to decide Asia’s case. This was a severe jolt to the entire courtroom, national and international media and members of International officials of western embassies.

Justice Saqib Nisar, another judge of the same panel and now the Chief Justice of Pakistan referred the case to the then Chief Justice for a new hearing date. During the whole year of 2017, the registrar of the Supreme Court failed to announce a new hearing date despite the fact that several other cases of less importance were given priority. For Pakistani authorities or courts, this could be a regular case,but for the International Christian world and human rights watchdogs, this case has gathered a considerable weight. Not only this but the EU representatives highlighted the need to ameliorate the stagnating condition of Human Rights in Pakistan. In the forthcoming meetings of EU for GSP plus status for Pakistan, Asia Bibi being the prime issue of EU, freedom of expression, disappearances of people of dissent and pitiable situation of religious minorities have also been included in the agenda. The prime minister of Pakistan has directly been communicated that the future membership will be subject to the release of Asia Bibi. 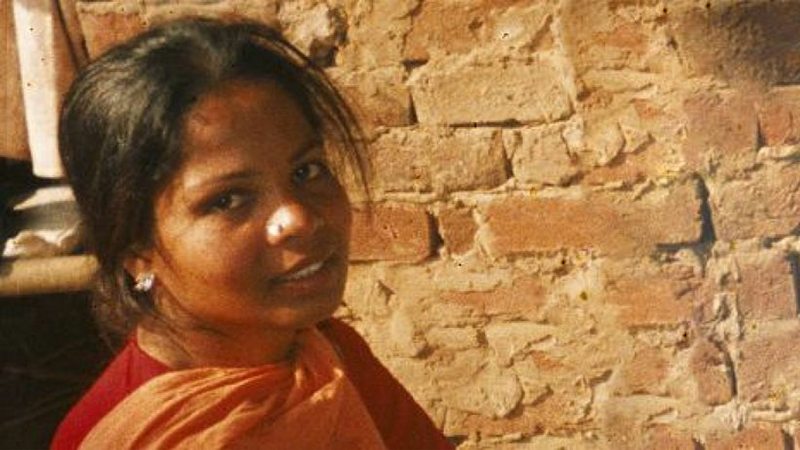 The EU countries have started believing that Pakistan’s Supreme Court, appeasing certain political and fundamental forces of Pakistan, is intentionally delaying the hearing of Asia Bibi. In his several recent speeches, Justice Saqib Nisar, the Chief Justice of Pakistan has urged Pakistani courts for speedy trials of pending cases,but still, he is not bringing Asia’s case before the Judges for determining her fate. During Islamabad dharna (sit-in), the TLY gathering was continuously shouting for hanging Asia Bibi,and it is known to all that some very close parliamentarians of the ruling party were supporting that anti-blasphemy protest.

Regrettably, the ruling party is working to save its disqualified chief even at the cost of scuppering economy. If the EU fails to renew the GSP plus status, the country will not only be bound to borrowing more for stabilising the economy,but it will also have wide-ranging effects. Because of the internal political chaos, fundamental religious forces are comfortably executing their agendas snubbing others, erecting the walls of dominant faith very high. When internal patriotic forces try to challenge the ideology of aggression they are deemed western liberal fascists whereas, when the outer world brings the same challenge in front of the country’s institutions, it is rejected in the name of ‘intruding into the affairs of sovereign ‘Islamic State’.

The Open Door, a worldwide Christian organisation released its latest world watch list of countries with severe Christian persecution,and according to open door sources, Pakistan is retaining the same position as in the previous years. The report says, “Radical Muslims monitor gatherings of converts. Historic churches have been subject to bomb attacks. All Christians suffer from institutionalised discrimination, with occupations that are seen as low, dirty and derogatory being officially reserved for Christians, most of whom are from the poorer classes. Radical Islamic groups, courted by political parties, the army and government, run thousands of schools capable of stirring up hostility towards religious minorities. Blasphemy laws target Christians in particular.”

The Democracy Index placed Pakistan at 111th out of 167 countries showing the graph downward during the last many years. For renewing the GSP plus status, Pakistan was to fulfil 27 UN conventions.However, on several issues like women rights, extrajudicial killings, kidnappings, torture of bloggers and liberal thinkers and climate change, the country could not make attainable progress.