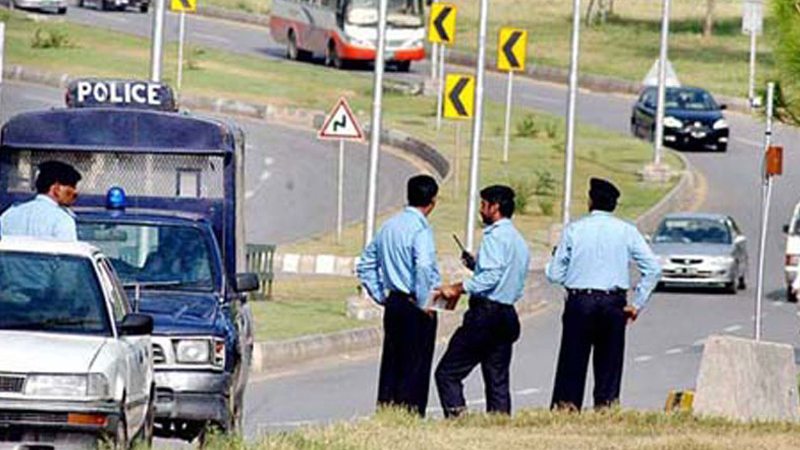 ISLAMABAD: Despite a lapse of more than three weeks, the Islamabad police are refusing to register murder and illegal occupation complaints from the family of renowned film producer late Ghulam Ahmed Gul.

Fayyad Ahmed Gul, the son of GA Gul died under suspicious circumstances on December 4, 2017. Right after his death, his tenant, identified as Rafiq Shah, barged into Fayyaz Gul’s room at his plaza (Taj Mahal) on IJP Road, stealing documents of other properties owned by late Fayyaz Gul. He also occupied the plaza.

Gul’s daughter Farida Haroon, 64, tells Daily Times that she has been trying for more than three weeks to register FIRs against Rafiq Shah as doctors now have confirmed that Fayyaz Gul died from unnatural causes but police have made a football out of me and my family. “They have been sending me from one office to another. My head is spinning and I have lost count of how many police stations I have visited during the last one month” Farida Gul said.

Regarding Fayyaz Gul’s death, she says that initially the family didn’t suspect any malice and thought that her brother died from a nature cause. With the illegal occupation of shops at his plaza just a few days later, she recollected memories of the days leading to Gul’s death. Since the relevant doctors which her family privately approached believe that Fayyaz Gul have been poisoned, the family put the blame squarely on Rafiq Shah as Fayyaz Gul ate at his place for three straight days before his death.

“I now realize why respectable people avoid to register their cases with the police as the police facilitate criminals instead of helping common people” Ms. Haroon said. Just imagine, can this happen in any civilized country? She added.

Another twist took place when Islamabad police realized after three weeks that the murder case belongs to Rawalpindi Police. Deputy Superintendent Police Malik Nadeem told Daily Times that the case will be handled by Rawalpindi police and the family will be kept updated. Ms. Haroon has yet to hear from the police since more than a week.

Haroon complains that the police are not cooperating with the family. So much so that an official at the Margala station, where she went to file an application for registration of a murder case, ‘advised’ her that matters pertaining to illegal occupation were best dealt by land grabbing gangs. “If your property is being illegally occupied in Islamabad, don’t go to the police. Hire another gang of land grabbers to get your possession back,” she quotes the police official as having said to her. “I also met the Inspector General of Police in Islamabad [Sultan Azam Temuri] a weak ago. I must admit that he was very kind and courteous and directed his subordinates to take action, but it seems his subordinates are in cahoots with the land grabbers. Despite the IG’s orders, more than three weeks haves passed, and no action has been taken so far,” she says. I believe the IG needs to build a system to follow up on his orders. Simply issuing orders is not enough, Ms. Haroon added.

“It’s a complete mess. Its lawlessness of the highest order. I am an American citizen and if I feel so powerless, anybody can tell how others are being treated,” she said.

She says that another plaza owned by Gul in New Iqbal Town area was earlier sealed by the police after two parties came up with claims that it had been rented out to him allegedly by Shah. “Now I have been told that a local politician named Malik Nadeem, with the help of the police has illegally unsealed the plaza and occupied it” Farida Haroon added.

The family is now receiving threats to stay away from the properties. “This is happening right under the nose of Islamabad police. I had thought Islamabad would be different from other cities, but I was mistaken,” she said. Ms. Haroon have been receiving calls from Rafiq Shah and his accomplices Malik Rizwan and Haroon Asghar asking her to pay Rs40 million extortion if she wanted illegal occupation of shops to end. Their names have been reported to Police but as usual despite lapse of more than two weeks, they have yet to be arrested.

When approached, Margalla police station house officer (SHO) Ilyas Ahmed Maken said that the suspect had been asked to appear at the station and record their statement. Asked if the suspects failed to do that how would the police proceed, he said, “We will visit his house to record his statement.”

The SHO didn’t respond to a question about the time they would wait for the suspect to appear before making a move.

When this scribe approached Rafiq Shah, the main suspect, he denied allegations and said he was just a tenant at the plaza owned by late Fayyaz Gul and his family. However, some other tenants, speaking on condition of anonymity, said that they were under pressure to pay rents for the shop to Shah, instead of Gul’s family members. They said they believed that Shah was orchestrating the whole episode to pressure the family into giving up the ownership of the plaza.