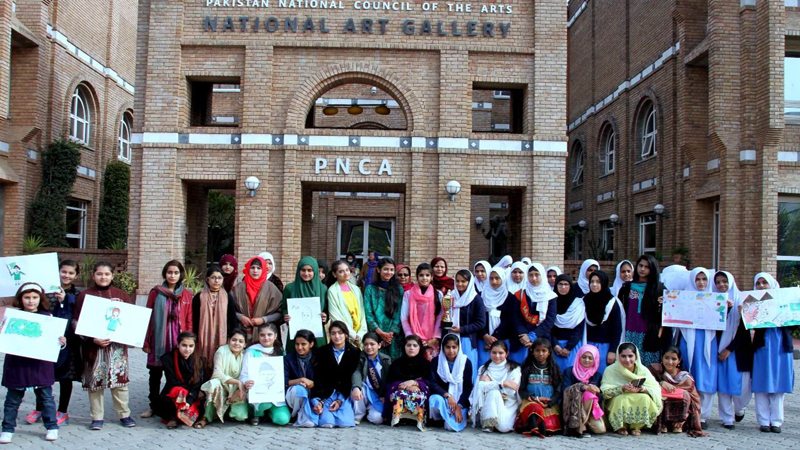 Islamabad: These days we hear the slogan ‘Quaid ka Pakistan’ quite often on media and in civil society circles, but what, in fact, is Quaid’s Pakistan? To find out, Pakistan National Council of Arts (PNCA) arranged an art competition for children of different schools in Islamabad in commemoration of Quaid’s birthday on December 25.

The theme of the art competition was ‘Quaid ka Pakistan’ and the children were tasked to paint a Pakistan which they thought the Quaid envisioned. Some 1000 students participated in the competition.

“Pakistan, today, is the opposite of what Jinnah wanted. He didn’t want Pakistan to be a set of concrete buildings but rather a country where we all live together with equal opportunities, accepting each other irrespective of what our belief systems are or the colour of our skin,” said Namrah Tahir, a tenth grade student who won the first price for her painting. 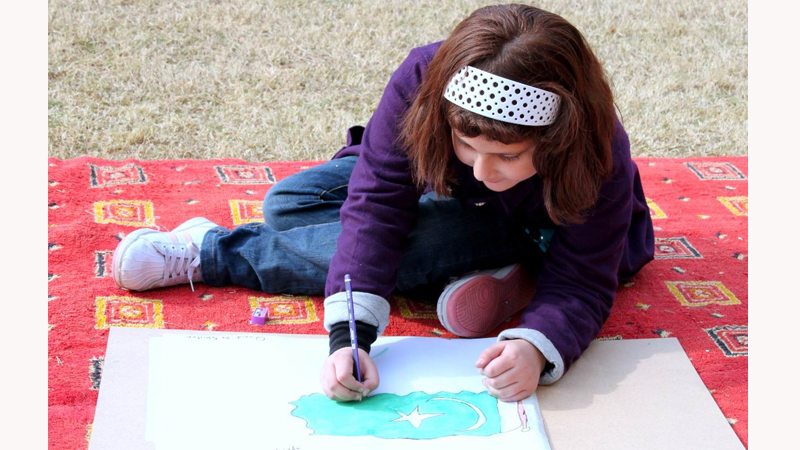 “As a student, I want a Pakistan which is clean both from garbage and corruption,” Namrah added.

It’s a good effort and should be arranged more frequently, said Mrs. Chughtai, a teacher. Signaling to ‘Situation 101’, a contemporary creative installation by Jamal Shah with 101 sculptures in dehumanised form and a 25 feet high cage, she said that this accurately depicts our current state of affairs. “If this is what we call freedom, then I don’t want anyone to have this freedom,” she added.

Muhammad Faraz, a ninth grade student said Jinnah wanted a clean Pakistan with no littering. “I want a Pakistan where honest leaders lead,” he added.

Director General PNCA Syed Jamal Shah commented on how an idea struck him a few months back that instead of asking educated adults on what they make of the slogan ‘Quaid ka Pakistan’, the question should instead be put to children, the future leaders of the country. “I am excited that children showed up in such large numbers and am doubly happy that it is happening against the backdrop of my project, Situation 101,” Shah Sahib added. 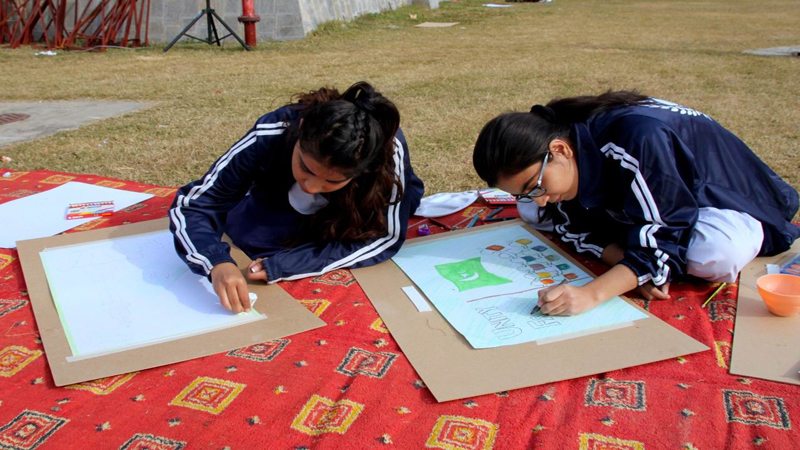 “I believe Quaid envisioned a Pakistan which treats everyone equally whether Muslim or otherwise and celebrates diversity as well as respect for difference of opinion,” said Jamal Shah.

Ubaidullah, Program Executive at PNCA said that the competition was arranged under the umbrella of the Children Art Workshop and it was happening for the first time in PNCA history.

Aijaz Gul, a renowned film critic who leads the films’ section at PNCA told the Daily Times that PNCA will soon launch a project to show films for kids. “It’s very unfortunate that there is no forum in Pakistan which shows kids’ films. PNCA will make sure that films for kids start showing soon” Aijaz Gul added.

Amna Pataudi, Director Visual Arts PNCA said that such competitions encourage children to express themselves through paintings and tell us how they see the world. Signaling to Situation 101, this makes it pretty clear to school kids that “becoming a murgha (chicken) is humiliating, and they should not become one whether in school or practical life,” she added. “It’s time to raise our voice and stand up to injustices, and this is the message which ‘Situation 101’ conveys,” Ms. Pataudi added. 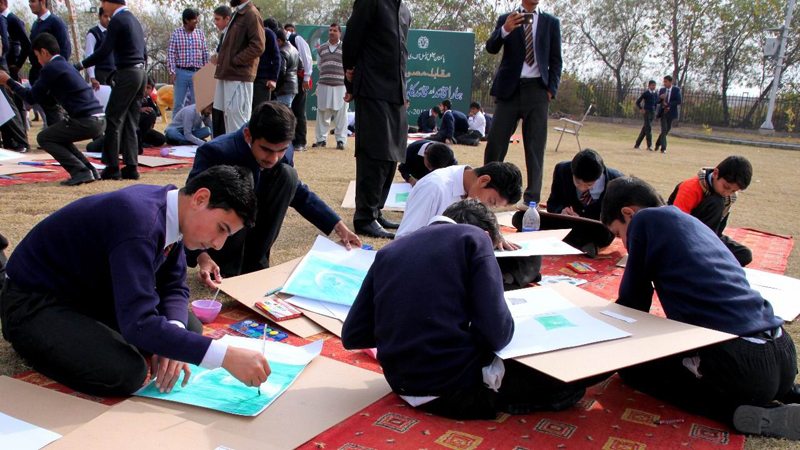 Very few students had the idea of the theme and in most cases even the teachers lacked the vision to explain to their students what the theme actually was.

Amna Khan, one of the judges of the competition said that school children had little idea of the theme. “We were expecting them to be more illustrative. That aspect was missing, instead we witnessed more colour repetition.”

“This tells us that such competitions should be held more frequently and not just in Islamabad but across the entire Pakistan to cultivate in children the culture of critical thinking,” she added.

The writer can be reached at zalmayk@gmail.com