A tale of two dubious friends 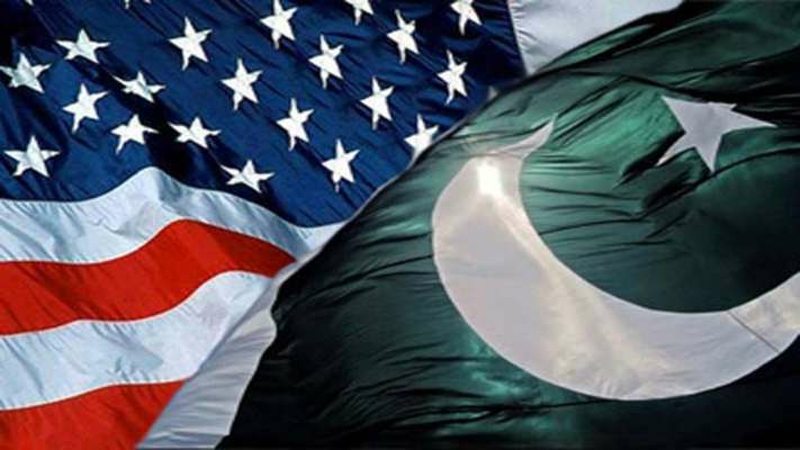 Pakistan has been regarded as a major Non-NATO ally of the US since 2004. Historically, bilateral relations between the two countries have seen many ups and downs. Both nations were on the same side during the Afghan jihad against the Soviet Union when the US extended its support to the Afghan Mujahideen via Pakistan. However tensions rose when the US accused Pakistan of developing nuclear weapons.

When Pakistan tested its nuclear weapons in 1998 several sanctions were imposed on Pakistan. This was a period marked by bitterness and lack of trust. However, the romance between the two countries was rekindled post 9/11.

Sanctions were lifted from Pakistan and both countries became allies in the global war on terror. Pervez Musharraf’s regime wanted recognition and legitimacy and America wanted Pakistan onboard for its adventure in Afghanistan. Pakistan was declared a frontline ally of the United States.

In the initial years of the global war on terror, Pakistan received military hardware and economic assistance from the coalition support fund.

Later some American policy making officials started pointing their fingers and questioned Pakistan’s role in the Afghan conflict. The term ‘double game’ was coined by the American’s to describe Pakistan’s suspicious role. It wasn’t long before they started accusing Pakistan of harboring terrorists.

They criticised Pakistan’s record of secretly showing a soft corner for Afghan Taliban insurgents, especially the Haqqani Network which often operated from Pakistani territory and targeted the American personnel in Afghanistan. They often blamed Pakistan for creating hurdles in achieving peace and stability in Afghanistan. Pakistan has been termed as an untrustworthy ally that takes American aid while also supporting its enemies.

Pakistan denies such claims and its officials accuse America of using Pakistan as a scapegoat to hide its failures in Afghanistan. Furthermore, Pakistan emphasises that it has done a great deal to help the United States in tracking down terrorists.

Pakistan’s stance on the solution of ongoing conflict is that there is no military solution to the problem otherwise it wouldn’t have taken 16 years to solve the problem. To Pakistan the solution lies in a political arrangement between the different actors involved in the Afghan conflict, including the Afghan Taliban.

Since the announcement of Trump’s new Afghanistan policy, the Trump administration has hinted that it is close to taking hard measures to force Pakistan to act against the Haqqani network which is renowned for carrying out lethal and deadly attacks in Afghanistan. If Pakistan fails in doing so, there are chances that America will strip Pakistan of its non-NATO ally status and might even declare Pakistan a state sponsor of terror

Pakistan has also conveyed to America that it will not compromise on its core interests in the region and it will not allow anyone to fight the Afghan war from Pakistani soil. Pakistan has also been critical of the America giving India a role in the conflict, insisting that only those countries which share a border with the war-torn nation be involved. Furthermore, Pakistan insists that it’s time for America to do more in the war against terrorism as Pakistan has given great sacrifices to eradicate the menace of terrorism.

Since the announcement of Trump’s new Afghanistan policy, the Trump administration has hinted that it is close to taking hard measures to force Pakistan to act against the Haqqani network which is renowned for carrying out lethal and deadly attacks in Afghanistan.

If Pakistan fails in doing so, there are chances that America will strip Pakistan of its Non-NATO ally status and might even declare Pakistan a state sponsor of terror. So far, this policy has faced wide criticism amongst the Pakistani audience and there is an ongoing debate that Pakistan needs to make efforts to end its dependence on America and should work to develop its political and strategic ties with other major powers like Russia and China.

If bilateral relations between the two states deteriorate, the conflict in Afghanistan will be exacerbated and it will lead to further instability in the region. To avoid this, both Islamabad and Washington must work diligently to restore a working relationship so that peace will return to the war torn country.

American policy makers need to understand Pakistan is an important player in the Afghan theater due to its geographical proximity with Afghanistan and without the cooperation of Pakistan it will be impossible to achieve the goal of a peaceful and stable Afghanistan.