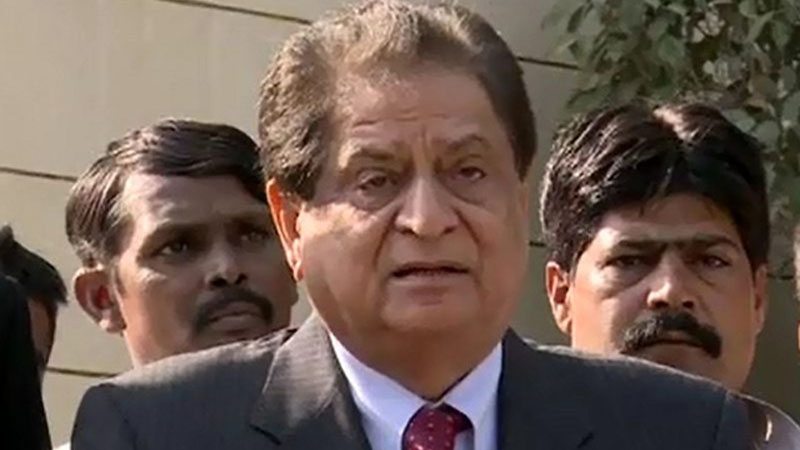 He said that PML-N would be divided into parts and the Pakistan People’s Party would be vanished from political scene.

Addressing the workers’ convention of PTI at Jatoi House in Dadu, Jatoi said that rulers like PPP co-chairman, Asif Ali Zardari had ruled over country owing to lack of political wisdom of leaders of political parties as they had not recognized PPP rulers.

Quoting PTI Chief, Imran Khan that every corrupt ruler would be arrested and be punished stood true and now the countdown has started against such corrupts politicians and rulers.

He was of the opinion that there were need of revolutionary steps and the time was coming nearer. He alleged that there was not a single government department which was safe and sound from PPP corrupt rulers.

Jatio vowed that he would facilitate Imran Khan visiting every town and village of Sindh and PTI would become successful in next general lection 2018 to form government in Sindh.

He said that economy of Sindh has been destroyed through plundering billions of rupees by corrupt rulers and their associates.

He said that PPP top leaders have become owner of half Dubai but people in Sindh were dying in hunger and living below the poverty level. He announced that a public court would be established in Mehar Town against corrupt rulers on November 23, 2017. He said that public court would also be established in each town and awareness would be provided to each and every person against this corrupt system and looters of public money.

He advised people of Sindh to stand united against corrupt system and it was the time of resistance. He said that Sindh government had failed completely in all aspects of socio-economic well being of the masses and despite of doing massive corruption was still not parting ways from corrupt practices.

He said that it was policy to rob the poor people of Sindh while raising slogan of Bhuttos to help but contrary ruler were busy in looting money and depriving people of their legitimate rights.

He said that it would be waste of time to keep hopes on Sindh government as the rulers were such sort of people who have deprived people from their basic rights.

PTI would continue its agitation against corruption of PPP Sindh government. He said change would come in near future and Sindh and country as well would start their journey towards prosperity.

Jatio said that PTI would create such socio-economic environment in future after winning election that no any citizen would be on road for his basic rights. He vowed that PTI would provide jobs and support financially the needy youth and traders by introducing new economic policies with support of experts and people.