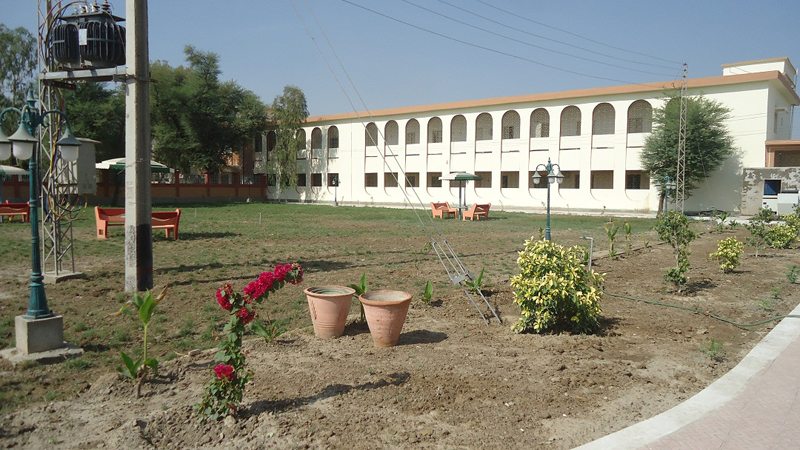 Speaking at the program of the inaugural session of the festival, Prof Dr Anwar Ali Shah G Syed said that intelligent students have presented innovative ideas related to the introduction and establishment of business in national and international markets.

He said that the festival was organised to produce entrepreneurs and stressed that campus is rendering services to spread awareness in youth to excel in the field of business and entrepreneurship. He said that groups of students have also focused on cultures of Arabic, Persian, Turkey, and China, Egypt and Sindhi and their history before the audience which attracted the participants. He said that cultural stalls about heroes of Sindh which were described by Shah Abdul Latiof Bhitai in his poetry like Dodo-Chanisar, Sohni-Mehar, Umar Marvi, Susai-Punhoo, Lila Chanisar, Noori-Jam Tamachi and Moomal Rano were also held in focus during the festival by the students. He further said that such activities not only promote the culture but such activities promote education and information among the students.

Speaking on Sindhi culture and history, he further said that Sindh was land of the Sufis and Sindhi people have remained brave and liberal. He said that Sindh remained peaceful while maintaining its rich ancient history.

He also said that Sindhi people were skilled and hard worker as we can imagine from the history of Moen Jo daro and Amri remains.

Talking on Egyptian culture and history, Dr Anwar Ali Shah G Syed said that Egypt has the oldest known history and culture with its old civilisation and dynastical history which attracts the tourists. Talking on matters of Sindh University Dadu campus, he said that it has two disciplines namely English and Information Technology and it has more than 1100 students admitted. He further said that 30% percent of the students were females.

He said that the university has good educational environment and because of the ratio of girls present, education was improving in the MBBS campus of Sindh University Jamshoro in a far-flung area district of Sindh.

Dadu Chamber of Commerce District President Ghulam Qadir Solangi advised the government to establish industrial zones in Sindh. He said that government should announce easy loans to make loans convenient for the people of Sindh.

Businessman Sheeraz ahmed Kalhoro advised the government to release easy loans to the youths to help them establish businesses based on international patterns and links.

He said that through this colorful festival, the mental growth of students was promoted. Information and Technology expert Professor Farhan Shaikh said that through the presentations held at the festival, it was observed that students of MBBS Dadu campus held more expertise and training in technology and were able to compete with other countries.

On the occasion, pioneer teaching faculty Prof Kalsoom Panhwar said that Dadu district has more poverty and for providing the MBBS campus was established to provide education to everyone and it was serving the agenda properly. She said that owing to quality education, students of MBBS campus had earned name and fame and they were employed at top level seats at various government departments and private companies. She appreciated the Pro Vice Chancellor Prof Dr Anwar Ali Shah for his efforts of providing quality education at the campus located in a far-flung area. She, in her message, encouraged the female students to seek admission at MBBS campus to receive quality education.

Speaking at the festival, Prof Mohammad Ashrraf Kaloi, focusing on the quality of education the campus provides, said that because of quality education, the students of English and Information Technology departments of MBBS campus were competing with students from different universities of Pakistan in the same field.