US strikes on Pak-Afghan border will likely continue: experts 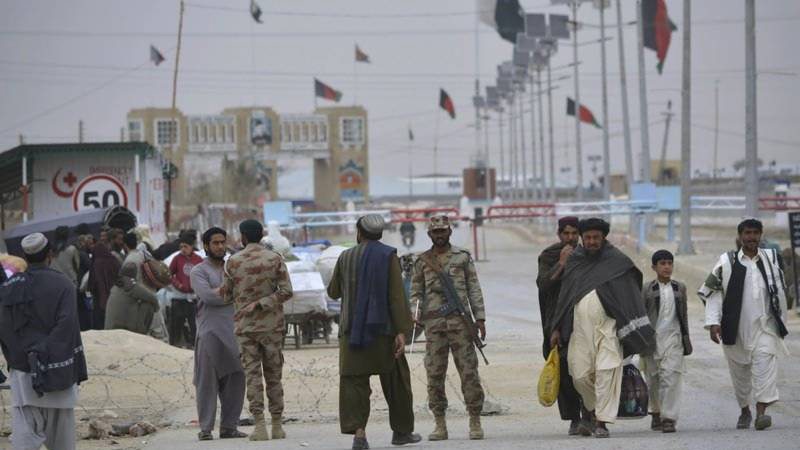 LAHORE: At least four US drone strikes hit the Pak-Afghan border last week, killing over two dozen people, including terrorists belonging to Taliban and Haqqani Network. The suspected missile strikes by the US drones had reportedly killed 20 militants in the southeastern border region between Pakistan and Afghanistan on Monday last week, while the second round of strikes killed at least 11 more Taliban, including senior commanders on Tuesday.

Pak-US relations have been tense after US President Trump announced his militarised Afghan policy in August recently saw an improvement when a Canadian-American couple, held hostage by the Taliban, was recovered by Pakistan Army based on intelligence-sharing, and the Quadrilateral Coordination Group (QCG) Afghan peace talks resumed in Oman.

“These drone strikes are a reflection of the aggressive policy US president Donald Trump had chalked out for Afghanistan. The US wants to show that if they talk to Taliban, it is not because of any weakness, they still have the ability to destroy their strongholds and can stay on in Afghanistan,” said security analyst General (r) Talat Masood.

“Since Trump gave Afghan strategy to the generals in Pentagon, these drone strikes only suggest that the US will keep using them even in future. Pakistan, on the other hand, never discouraged these strikes and only objected on their mechanism and timing,” strategic analyst Qamar Cheema opined.

In 2016, a similar US drone strike had killed Taliban leader Mullah Akhtar Mansoor in Balochistan. At that time, Pakistan could only ‘seek a clarification’ about the strikes while this time, the drone attacks were termed as ‘air engagements inside Afghanistan’ and the Inter-Services Public Relations (ISPR) denied any air violation along the Pak-Afghan border. Although Foreign Minister Khawaja Asif denied the attacks inside Pakistan’s territory, but also termed such violations as ‘counterproductive’, urging the US to refrain from such attacks when the peace process has restarted.

“If the ISPR is denying the attacks in Pakistani territory, it is not a violation of our territorial integrity,” former foreign minister Khurshid Mahmud Kasuri said, while analyst Cheema stressed that Pakistan officials should not stay in denial about drone strikes because it is not a way to deal with the US strategy. “Either Pakistan should be assertive that the drones should not be used or it should provide the US with a list of terrorists it wants to eliminate so they are under the target of these strikes,” he said.

Analyst Masood was of the opinion that even if they did attack somewhere close to the border or even at the border, the drones were only chasing the terrorists trying to take shelter in Pakistan.

“They may have struck somewhere in Pakistani territory but technically, we could say that the attack was at Afghan side of the border and not in Pakistan because it would then compromise Pakistan’s sovereignty and wipe up anti-American sentiment. Even if this is what happened, the foreign minister and ISPR only want to cover it up as a matter of policy. But if the locals there claim that the strikes took place in the tribal territory of Kurram Agency, then we could say that the Pakistani government and military is denying it and so they need to confirm the target of the strikes,” he added.

The timing of the drone strikes have made them all the more significant given that the US officials were all praise for Pakistan’s efforts in the war on terror after recovery of Canadian-American hostages.

“The US military wants to show its toughness under the new Trump administration so timing may not be of that value. Had Pakistan not helped the US in releasing the hostages, the US Navy seals may have intervened themselves. However, it is likely that Osama-like raids may be repeated in case trust deficit increases,” analyst Cheema predicted.

On the other hand, Kasuri expressed hope that all the recent developments like recovery of the couple as an outcome of intelligence-sharing that Pakistan Army had been demanding of the US for long, army chief’s visit to Kabul, General James Mattis statement in Armed Forces Committee and his invitation to Afghan President Ashraf Ghani indicate that the understanding between the two states has increased and the situation is getting better.