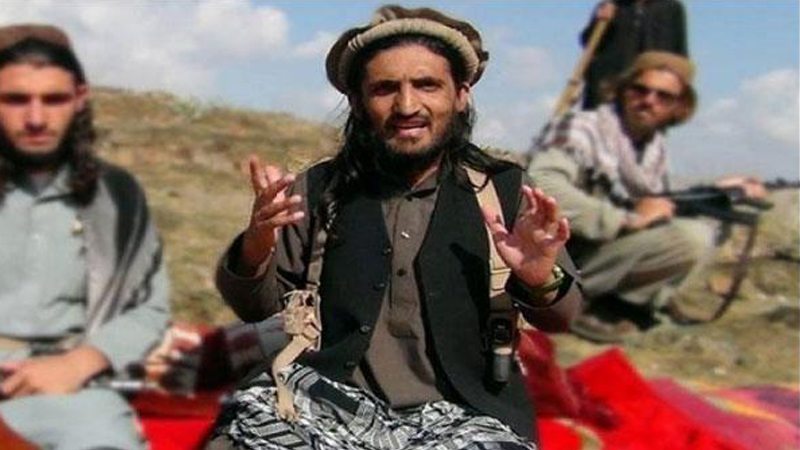 ISLAMABAD: Omar Khalid Khorasani, chief of the dreaded Tehrik-i-Taliban Pakistan Jamaat-ul-Ahrar (TTP JuA) is believed to have been killed in a recent air strike on the Afghan side of the border, militant sources said late Wednesday.

However, JuA spokesman Asad Mansoor did not reply to a query sent to him on the group’s official email address. The military’s media wing ISPR also preferred avoiding any comment when question was posted in one of its WhatsApp groups.

If confirmed, the death of Khorasani, whose real name was Abdul Wali, would be a serious setback for the group at a time when it faces rift and has lost dozens of fighters in US drone strikes on the Afghan side of the border.

Sources close to JuA said Khorasani was thought to be in the area that had been the focus of air strikes by the US military in Afghanistan’s eastern Khost and Paktiya provinces. Pakistani militants, mostly from South and North Waziristan, have sanctuaries in the two provinces, however, militants from other areas routinely move in parts of Afghanistan, officials believe.

Khorasani led almost all TTP militants from Mohmand tribal region when he launched JuA in 2014 over serious differences, as they were unwilling to accept the leadership of Maulvi Fazalullah, who was elected after the killing of Hakimullah Mehsud. Hakimullah was killed in a US drone strike in North Waziristan in November 2013. Fazalullah, who was the first non-Mehsud Taliban chief since its launch in 2007, was also not recognised by many Mehsud Taliban.

Khorasani was one of the founding members of the TTP, launched by Baitullah Mehsud in 2007. Baitullah was killed in a US drone strike along with his wife in August 2009. He had been associated with Harkat-ul-Mujahideen group and also took part in armed resistance in Indian-held Kashmir, according to militant sources.

There could be a possibility of Pakistan’s intelligence sharing in the latest operations to target TTP militants.

The Pakistan Army confirmed late Tuesday that military operations were conducted in Khost and Paktiya provinces over the past few days by the Resolute Support Mission (RSM) and Afghan forces, opposite to Kurram Agency, with reports of “heavy losses to terrorists”.

The army did not identify those killed in the operations, but said “coordination between the forces of Pakistan and Afghanistan has enhanced” after the visit to Kabul by army chief General Qamar Javed Bajwa on October 1.

All Pakistani TV channels quoted unnamed sources as saying that Khorasani was injured in the operations on the Afghan side of the border on Tuesday and died on Wednesday.

Reports of Khorasani’s death came at a time when the group is under pressure and on September 30 JuA spokesman Asad Mansoor confirmed the death of seven of its members, including two known commanders, in an operation by the foreign and Afghan forces.

Ahrar is blamed for many deadliest terrorist attacks in Pakistan in recent year that killed many people, including security personnel. In July, the Security Council’s Sanctions Committee approved the addition of JuA in the list of entities and individuals subject to the assets freeze, travel ban and arms embargo.

“Pakistan had proposed this listing,” the Foreign Ministry had stated after the UN slapped curbs on the outfit.

In April, Ehsanullah Ehsan, the former spokesman for the JuA, who surrendered to the security forces, had claimed in a video that Khorasani “had contacts with the Afghan and Indian intelligence agencies”.

Ahrar sources had earlier stated that Ehsan was among several JuA commanders who had opposed policies of Khorasani because of his harsh behaviour.

Militant sources say JuA could push the group to further crisis and some commanders could join other groups.

In June the group expelled four leaders over their “activities against Islamic sharia and violating the group’s principles”, said the JuA spokesman.

The TTP Mohmand chapter, under Khorasani, had worked as “state within a state” during their association with the TTP.

When the TTP leadership agreed to start peace dialogue with the PML-N government in early 2014, the Mohmand faction brutally slaughtered 23 FC men in February 2014, who were taken captive earlier from the Shongrai checkpost in June 2010. It was the same faction that attacked the Islamabad courts on March 3, 2014, killing 11 people and injuring over 20 others.

A little known “Ahrar-ul-Hind” had claimed responsibility but it was in fact TTP JuA which was behind the attack.

A TTP JuA source had earlier told Daily Times that nearly 50 Ahrar supporters had joined Daesh or the Islamic State Khorasan, whose leaders are believed to be based in Afghanistan. Omar Khitab, one of the TTP JuA senior commanders, Dr Islam Abid, who headed the group’s medical unit and senior commander Sajid are among those who switched loyalties to Abu Bakar Baghdadi’s Islamic State.

The group spokesman, however, rejects reports of JuA’s links with Daesh.

In February, the Islamabad “Lal Masjid” or Red Mosque described JuA as and anti-Islam and anti-state entity, a day after it claimed responsibility for the suicide bombing in Lahore, killing 13 people and injuring nearly 70 others.

The TTP Ahrar had stated that the attack was part of “Ghazi Operations”, linking it with Abdul Rashid Ghazi, deputy ‘imam’ of the Red Mosque, who was killed in the 2007 military raid. The ‘Shuhada Foundation,’ which represents Lal Masjid and deals with the cases of the students killed in the bloody standoff, strongly condemned Ahrar for naming its activities after Abdul Rashid Ghazi and dubbed the outfit as anti-Islam and anti-state.