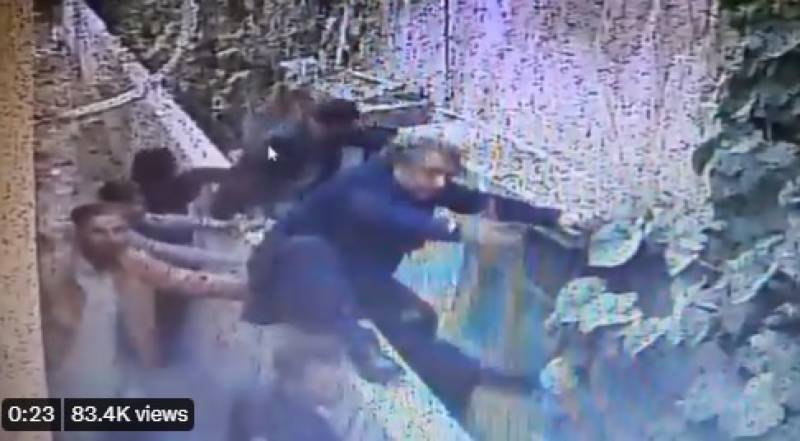 On Thursday, a video of PTI leader Ali Zaidi making his getaway after attacking the deputy commissioner’s office in Kemari during the local body elections in Karachi has been making the rounds on social media.

A case was filed at SITE-A Police Station alleging that the PTI leader and his supporters attacked the DC office.

On January 19, the Keamari police detained former federal minister and PTI leader Ali Zaidi along with dozens of other employees for disrupting business as usual outside the deputy commissioner’s office.

The case followed a scuffle between the PTI and PPP activists that left several people injured. Ali Zaidi, Bilal Ghaffar, Saeed Afridi, and other PTI leaders and activists had been booked on the complaint of the district manager of Peoples Bus Service, Kashif Mobeen.

The FIR was registered under sections of attempt to murder, terrorism, aerial firing and others.

In the video, it can be seen that Ali Zaidi is escaping while jumping over a wall along with his supporters.