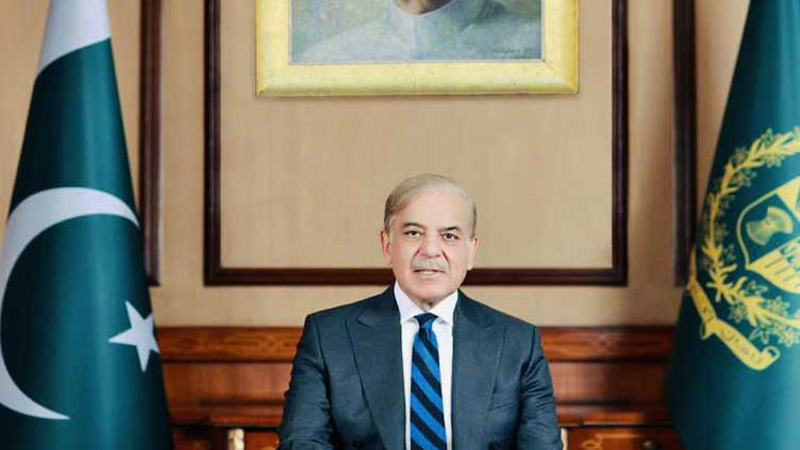 Pakistan and the United Arab Emirates have agreed to intensify consultation and coordination, geared to strengthening strategic partnership with a view to develop tangible and meaningful bilateral cooperation in key areas.

The bilateral ties were discussed during Prime Minister Shehbaz Sharif’s interaction with the UAE leadership as the former paid an official visit to the Emirates at the invitation of President Sheikh Mohamed bin Zayed Al Nahyan on January 12-13. This was the prime minister’s third visit after assuming office, according to a joint statement issued on Friday. During the interaction, the two sides agreed to enhance cooperation, particularly in the field of information and communication technologies and work together for bridging the digital divide.

In the “most warm and cordial” meeting, the two leaders held detailed discussions on concrete measures to strengthen the bilateral relationship while also exchanging views on regional political and security matters.

They also discussed specific initiative to enhance cooperation in political, defense, economic, commercial and cultural areas, developing joint ventures, and strengthening collaboration in the human resource sector. The prime minister thanked Sheikh Mohamed bin Zayed Al Nahyan for UAE’s generous assistance during the recent floods in Pakistan, particularly through an air bridge, established for this purpose. Pakistan and the UAE reaffirmed their historical and brotherly ties, rooted in shared religion, culture, values, and pursuit of regional and global peace and security. Both sides expressed satisfaction at the convergence of views on a host of regional and global issues.

Based on their decades-old fraternal ties, both countries expressed solidarity with each other in efforts to preserve their sovereignty and territorial integrity. With a view to developing tangible and meaningful bilateral cooperation in key areas, the two countries agreed to intensify consultations and coordination in order to strengthen their strategic partnership. The two sides signed Memoranda of Understanding in the field of combating human trafficking, information exchange, and between the diplomatic academies of both countries. Prime Minister Shehbaz Sharif invited Sheikh Mohamed bin Zayed Al Nahyan to visit Pakistan at a later date, and the invitation was accepted by the UAE leadership.

Meanwhile, Prime Minister Shehbaz Sharif on Friday said his visit to the United Arab Emirates (UAE) would eventually help transform the bilateral relations into a strategic partnership. Talking to a delegation of the Pakistan Business Council in UAE, the prime minister termed as successful his meetings with the UAE leadership.

Shehbaz Sharif expressed satisfaction that the Pakistani businessmen in UAE, through their hard work and dedication, were bringing a positive name to their homeland. He encouraged the delegation to carry out an investment in Pakistan in areas including energy, real estate, information technology, alternative energy, food processing, tourism etc. He also invited them to visit Pakistan with proposals for investment and business. The members of the delegation expressed their confidence in the economic policies of the government and showed interest for doing business in Pakistan.

The discussions regarding the UAE’s investment in Pakistan in various sectors also came under discussion. Sheikh Nahyan apprised the prime minister about his government’s efforts towards promoting values of tolerance and peaceful co-existence around the world. He lauded the dedication and hard work of the Pakistani community which was significantly contributing towards the development of the UAE.

PM Shehbaz Sharif lauded the historical ties between Pakistan and UAE and reaffirmed his government’s commitment to further strengthen existing bilateral engagements with the UAE in multiple fields including trade, investment, energy, culture and tourism. The prime minister thanked Sheikh Nahyan for his investments in Pakistan and his trust in the people of Pakistan for running his business concerns in Pakistan and the United Arab Emirates. He invited him to make more investment in energy, aviation and tourism sectors and appreciated the efforts of the UAE to promote peace and stability in the region.