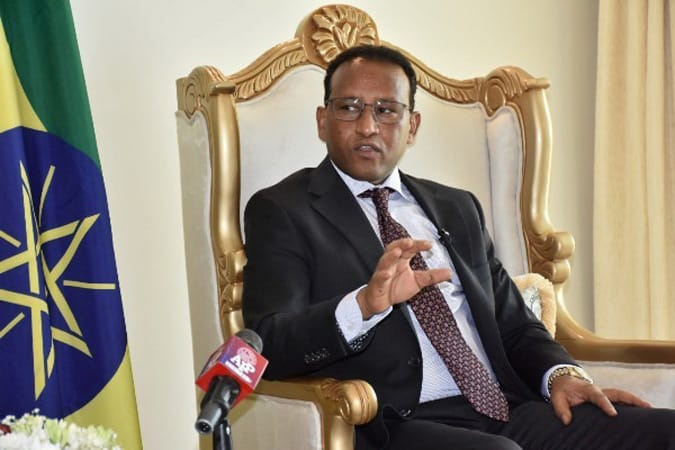 Ambassador Extraordinary and Plenipotentiary of the Federal Democratic Republic of Ethiopia to Pakistan Jemal Beker Abdula Friday said that his country wanted to have bilateral cooperation with Islamabad in diverse areas of security, climate, tourism, business, trade and investment.

“Pakistan has many products which are in huge demand in Ethiopia and likewise, Ethiopia can send different edibles which are consumed in Pakistan in huge quantity,” the ambassador said in a news release issued by the embassy of Ethiopia in Islamabad. He said the Pakistani business community could contribute to Pakistan’s economic development by exporting rice, chemicals, textile, pharmaceutical products, medical equipment, sports items and construction material to Ethiopia while Pakistan could import coffee, tea, pulses and oil seeds from Ethiopia.

In the first place, the envoy said he identified areas of mutual interests keeping in view the foreign policies of both countries and then moved on to establish connections with the key stakeholders in the business community and the government of Pakistan. “The bilateral trade between the two countries is minimal and amounted to 78 million US dollars; however, my target is to take it to 200 million US dollars by the end of 2023,” he said, reiterating that an inclusive Pakistani business delegation with representation from all the economic sectors would soon be brought to Ethiopia to help them connect with the business fraternity there.

The ambassador said another area where both countries could enhance collaboration was climate change which had recently brought a flash flood to the shores of Pakistan and inflicted colossal damage in terms of life and property.

“Our country too is affected by climate change but it is our Prime Minister Dr Abiy Ahmed who has brought the green revolution in the country and recently received an award from the United States for the Green Legacy Initiative.”He said efforts were also underway to increase collaboration with Pakistan for technology transfer and knowledge sharing. Agreements would be signed with the government of Pakistan in this regard soon.

Jemal Beker said tourism in Ethiopia would also be promoted among Pakistanis who viewed Ethiopia as one of the civilizations and had a great attachment to the land of origin due to Hazrat Bilal Habshi and King Nijashi. He said the Pakistanis viewed Ethiopians as heroic people because our country had never been colonized by any imperial power.

“Connecting with Ethiopia means connecting with civilization and beliefs of mutual equality, tolerance and independence,” he remarked, adding that his country would play a major role in current global dynamism.

He said there was a dire need to sensitize the world about the capacity and capability of Ethiopia which had undergone a lot of reforms under the leadership of Prime Minister H.E. Dr Abiy Ahmed. Ethiopia was a big nation, the founding father of the League of Nations, the United Nations, and the African Union. In the last four years, he said his government tried to identify what we can offer to the world and where we can make improvements. The current government in Ethiopia had transformed the institution in an amazing way by adopting digitalization and automation.”

“Our geographical location was very critical as most of the trade routes run through the horn of Africa. We are very close to the Red Sea, Middle East, and Bab-el Mandeb and on the other side we have the Indian Ocean,” he said while highlighting Ethiopia’s role in the current global dynamism.

As regards the annual training of the ambassadors, he said it was the annual gathering of our diplomats where we review our performance. Under the foreign policy reforms, he said we are trying to build strategic alliances like the Middle East and Pakistan. Our government has deployed vibrant people as ambassadors of Ethiopia in other countries who have been aggressively engaging the key people in the host countries to develop bilateral, regional, and multilateral relations.

He said the core engine of any achievement is human capital and that is why we have placed the right person for the right job with the right attitude and skill so that they could protect our national interests by adapting to the evolving situation around the world.