Babil Khan shares throwback picture ahead of his father’s birthday 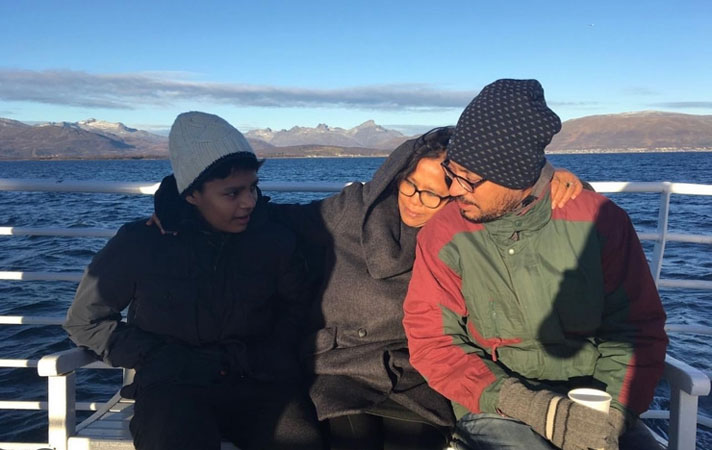 Babil Khan drops an unseen picture of him and his parents; Irrfan Khan and Sutapa, along with a heartfelt note.

Ahead of Khan’s birthday, his son remembers him with a throwback picture. The picture shows Sutapa sitting in between her son and husband surrounded by beautiful view. The trio seems to enjoy the breathtaking view.

Babil, along with the picture, wrote a note that read: “2023: Happy new year to aap sabh. It’s baba’s birthday in 3 days. Let us refine ourselves. Let us stop, reflect and recognize ourselves. Let us understand the voids that built these walls between you and I, allow me to love you and let us unify ourselves. Let us come together this year. Let’s be one big family.”

As soon as the Qala actor dropped the photo, fans also felt connected to the post and got emotional as one of them wrote: “While watching Qala saw the reflection of Irrfan Sir in your eyes… felt as if his presence was there; it was truly magical.”

Meanwhile, another fan wrote: “He was, he is and he will always be a legend. His mind worked beautifully always.”

Versatile actor Irrfan Khan was one the purest talents of the Bollywood industry who won hearts all across the world with his spectacular performances in some hit movies like Piku, The Lunch Box, Karwaan, Knock Out, Hindi Medium and many more. The legend passed away in 2020. In the meantime, his son Babil Khan has started his career in the industry by making his acting debut in Netflix film Qala, reports PinkVilla.