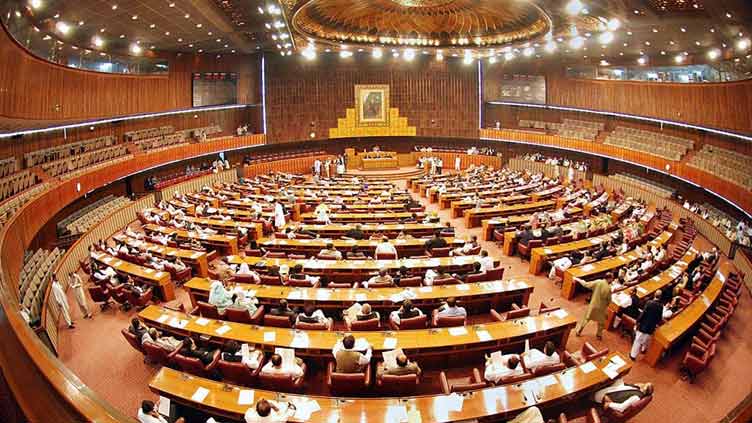 ISLAMABAD: The National Assembly had passed a total of 62 bills, including 47 government and 15 private member (bills) during the year 2022, said an official of the Assembly Secretariat.

He said that of the total bills passed, 38 became Act of Parliament as the National Assembly Secretariat had performed extraordinarily in the field of legislation.

“Apart from this, the Public Accounts Committee of the Parliament, Standing Committees and Parliamentary Committees remained extraordinarily active in supporting the House to perform its legislative role. These committees also remained active to enhance parliamentary oversight and to ensure accountability.

The committees also ensured to take up the issues of public importance on priority basis”, the official said. He said the year 2022 would always be remembered as it was the first time in the history of the Parliament that the doors of national assembly were opened for three days to the marginalized segments of the society, including women, children, minorities and transgender, to celebrate the diamond jubilee of the House.

The first ever parliamentary caucus on Children was also formed on the directions of National Assembly Speaker Raja Pervaiz Ashraf. Parliamentary diplomacy has been the chief hall mark to highlight the challenges of climate change as the House hosted Inter-Parliamentary Union (IPU) seminar to fight the case of climate justice for the country which culminated as the world adopted ‘loss and damage fund’ in COP-27.

“Furthermore, 2022 remains prominent year in the history of politics when record number of legislation were enacted for the welfare of common people. It was also the first time that social media of the National Assembly was made proactive to fill the space between people and their representatives”, he added.

The year 2022 has been the first year in the history of Pakistan during which it crossed important milestones, as on the occasion of Diamond Jubilee celebrations the doors of the parliament were opened for the first time for the public, in which women, children, and minorities, former and current members of Parliament participated.

He said that people belonging to the most downtrodden sections of the society were invited to the Diamond Jubilee celebrations and were seated in the seats reserved for the members of Parliament.

These Diamond Jubilee celebrations were well praised by the public and it was a child’s speech in Parliament which was viewed by 6 million people on Twitter and for the first time Parliament’s Twitter account remained top trending.

The social media of the National Assembly has been at the forefront and proactive in its outreach. It was ensured that all parliamentary news were made promptly accessible. It also played its role to cull the trend of fake news culture in society.