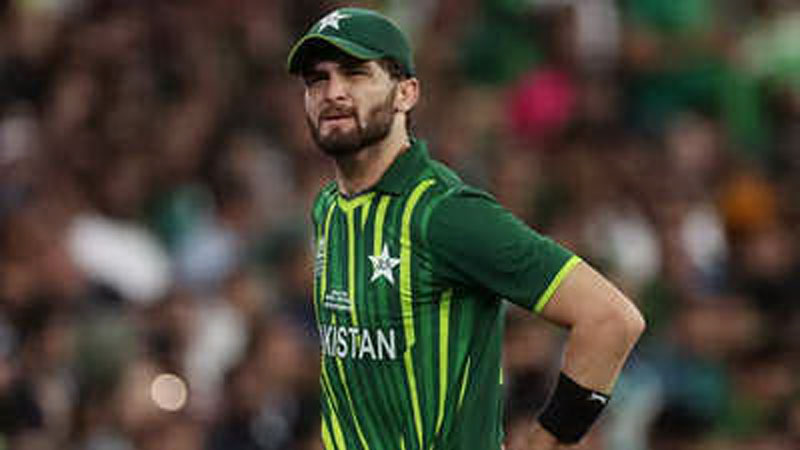 LAHORE: Pakistan pacer Shaheen Shah Afridi has resumed his rehabilitation after missing the entire home season following a knee injury. It is understood that Afridi is targeting the 2023 edition of the Pakistan Super League (PSL), in February-March, to make his comeback to competitive cricket. In a statement on Monday, the PCB said Afridi “will resume his rehabilitation under the national men’s team’s medical staff in Karachi from today. While providing Shaheen top-notch care, this move will allow the medical staff to track his progression and pave way for his smooth return to action.”

Haris Rauf, who made his Test debut against England at the start of December last year in Rawalpindi but injured his quad on the first day itself, has been named in the 24-man list of probables for the ODI series against New Zealand, but his fitness would be assessed first. “The interim selection committee and team management have invited Rauf to be assessed by the team’s medical staff so a decision on his availability for the three One-day internationals against New Zealand — to be played next week — can be made,” the PCB said.

Afridi has been troubled by his knee since July, when Pakistan were in Sri Lanka for a Test series. He was out for three-and-a-half months before being brought back, perhaps prematurely, for the men’s T20 World Cup in Australia in October-November. He had a good tournament, picking up 11 wickets in seven bowling innings including 4 for 22 against Bangladesh, 3 for 14 against South Africa, and 3 and 24 in the semi-final against New Zealand. But, in the final against England, Afridi could bowl only 2.1 overs after hurting his knee while taking a catch in the deep, and hasn’t played since. Initially, the then management had hoped that Afridi would be fit after two weeks of rehabilitation, and there had been a lot of debate on how the injury had been handled by the PCB and the Pakistan team management. After the injury in July, he travelled with the team to the Netherlands for a three-match ODI series in August, in the hope that he would recover while on tour. That didn’t pan out as expected and the PCB eventually announced that he would be out for four-to-six weeks.

Afridi continued to travel with the team; he was in the UAE for the Asia Cup, as another attempt was made to get his rehab going. But medical scans confirmed a posterior cruciate ligament injury and it was eventually decided that he would travel to the UK for further rehab and work with doctors on the PCB medical panel, Zafar Iqbal and Imtiaz Ahmed. He missed the Asia Cup as well as the seven-T20I home series against England in September, before joining the squad in Brisbane ahead of the start of the T20 World Cup. If there was hope that Afridi would return for the home season, which is currently in progress, that didn’t happen as the player and his family took a decision to extend his rest and rehab period. Afridi, who also underwent appendectomy in November, has travelled between Peshawar, Lahore and Karachi of late to honour some of his commercial