President for renewed pledge to put Pakistan on journey of progress 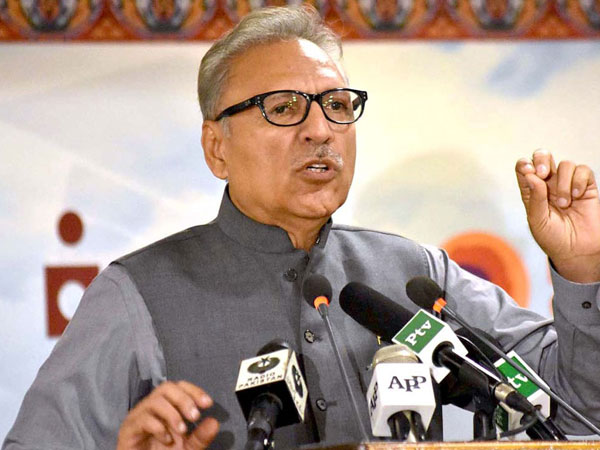 President Dr Arif Alvi has stressed upon the nation to renew its journey of transforming Pakistan into a peaceful, prosperous and welfare Islamic state on the basis of golden Islamic democratic tenets.

Felicitating the Pakistani nation and the international community on the arrival of new year 2023, the president prayed for the peace, progress and prosperity of the motherland, entire Muslim Ummah and the world.

The president recollecting the past year’s challenges confronted by the Pakistani nation including Covid 19 pandemic and floods, said that they had surmounted all those issues by virtue of their hard work, valour, sacrifices, resolve and determination.

After containing the coronavirus pandemic, huge areas of Pakistan were inundated by historic floods, he said, adding that during the floods, he had undertaken visits to the affected areas and reviewed the losses. In those areas, he also met with the flood affected people and heard their issues, besides everywhere, he witnessed ordeals and the damages, , President Secretariat Press Wing said in a press release.

The president said that he not only came across such a vast devastation, but also witnessed the determination, sacrifices, unity, patriotism and resolve of the nation.

The president underlined that they would have to utilize their capabilities to steer Pakistan out of the challenges and putting it on the path of progress and development. The country was being faced with host of challenges like economic, political instability, law and order, rising specter of terrorism, climate change, poverty and the increasing population.

In the new year, the nation, in unison, has to set its priorities to overcome these problems. “We have to work with national solidarity, unity, discipline, continuous struggle, passion and devotion for making Pakistan, a prosperous, developed, democratic and stronger country,” he added.

Prime Minister Shehbaz Sharif also felicitated the nation on the advent of the new year 2023 and stressed that they should make a fresh start for a bright future by forgetting the previous year’s pains and learning from the past mistakes.

The prime minister prayed that the new year might dawn with progress and prosperity of the country, PM Office Media Wing said in a press release.

The prime minister also wished that the world might take a positive start out of the economic, political and law and order turmoil of the year 2022 and the new year might be a harbinger to ending of poverty, wars, terrorism, crimes, sectarianism and the class divide across the globe.

The prime minister enumerated that during the previous year, the dear motherland faced a number of difficulties. When they took over reigns of the government in accordance with the constitution and in the wider interests of the people and the economy, attempts were made to create constitutional crises and chaos. He said the coalition government by sacrificing its politics, worked hard day and night to save the country from an economic default, in which it had succeeded to a great extent.

During this period, the prime minister said, climate change brought the worst floods in the country in which hundreds of people lost their lives while thousands others were injured. More than a total of 33 million people had been affected and the developing country like Pakistan suffered an economic loss of $30 billion.

The prime minister called upon the nation to collectively strive for transforming Pakistan into a cradle of progress, prosperity and peace.

“Let’s promise on the beginning of the new year that we shall not desist from offering any sacrifice to transform Pakistan into a land as envisioned by Quaid-e-Azam and Allama Iqbal,” he added. He said the country was a trust of the forefathers and they should fully devote themselves for its progress and prosperity.