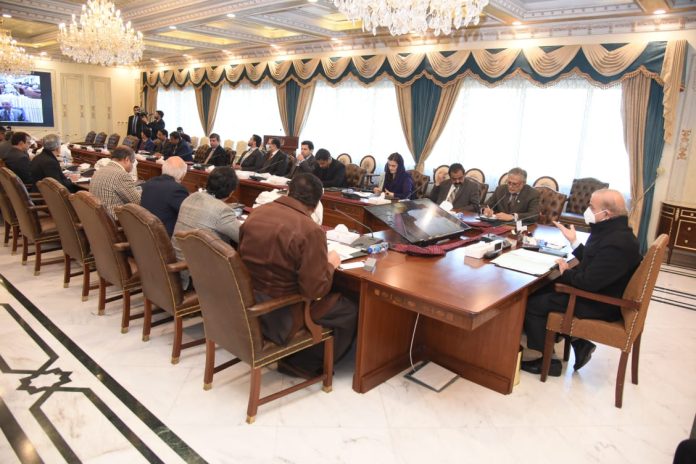 Prime Minister Shehbaz Sharif on Wednesday said the development of agriculture sector is the guarantor of food security and directed the acceleration of the implementation of Kisaan Package to facilitate the farmers.

He expressed these views while chairing a review meeting on the historic Kisaan Package introduced by the government for the development of agricultural sector.

Prime Minister Shehbaz Sharif stressed the need to ensure food security in Pakistan at all costs.

He directed paying special attention to the cultivation and production of wheat, cotton, canola and olives for food security in the country.

He emphasized ensuring supply of better seeds to increase the production of other food grains including pulses.

The meeting was informed about the implementation of Kisaan Package, youth loan scheme, interest waiver for small farmers and provision of interest-free agricultural loans to small farmers in flood-affected areas through the State Bank notification to banks, for which Instructions have been issued.

In the current financial year till November, agricultural loans of Rs 664 billion have been distributed to farmers, which is 36 percent more compared to the same period of the previous financial year.