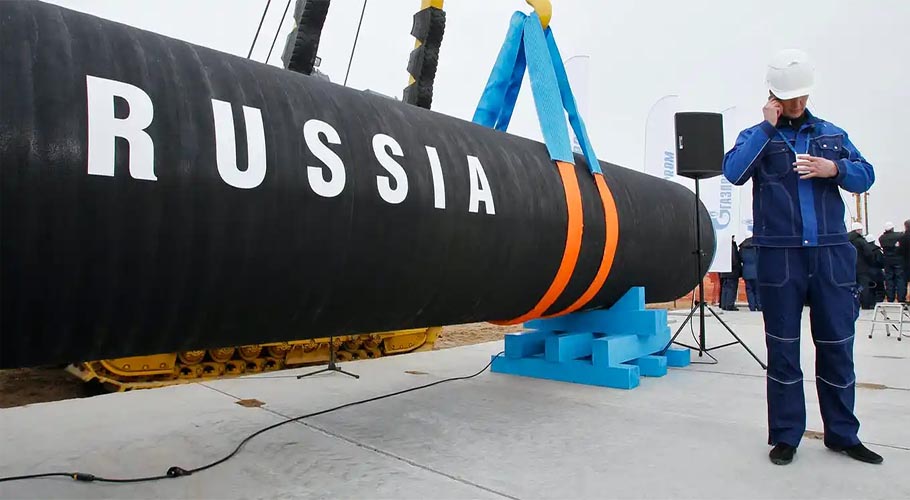 Russia can send natural gas to the markets of Afghanistan and Pakistan in the long term, said Russian Deputy Prime Minister Alexander Novak.

He added that this can be possible either using the infrastructure of Central Asia, or in a swap from the territory of Iran.

The deputy premier also said Moscow is ready to resume gas supplies to Europe through the Yamal-Europe Pipeline.

“The European market remains relevant, as the gas shortage persists, and we have every opportunity to resume supplies,” TASS cited Novak as saying in remarks published by the agency on Sunday.

“For example, the Yamal-Europe Pipeline, which was stopped for political reasons, remains unused.”

The Yamal-Europe Pipeline usually flows westward, but has been mostly reversed since December of 2021 as Poland turned away from buying from Russia in favour of drawing on stored gas in Germany.

In May, Warsaw terminated its agreement with Russia, after earlier rejecting Moscow’s demand that it pays in roubles.

Russian supplier Gazprom responded by cutting off supply and also said it would no longer be able to export gas via Poland after Moscow imposed sanctions against the firm that owns the Polish section of the Yamal-Europe pipeline.

Novak also reiterated that Moscow is discussing additional gas supplies through Turkey after a creation of a hub there.

He also said that Moscow expects it will have shipped 21 billion cubic metres (bcm) of liquefied natural gas (LNG) to Europe in 2022.

“This year we were able to significantly increase LNG supplies to Europe,” Novak said. “In the 11 months of 2022 they increased to 19.4 bcm, by the end of the year 21 bcm are expected.”

In a wide-ranging interview with the TASS agency, parts of which have been published throughout the weekend, Novak also said that Russia has agreed with Azerbaijan to increase gas supplies for its domestic consumption.

“In the future, when they increase gas production, we will be able to discuss swaps,” he said.

Moscow is also discussing higher supplies of its gas to Kazakhstan and Uzbekistan, he said.