As Europe’s biggest land conflict since World War Two entered its fifth month the Western alliance supporting Kyiv was starting to show signs of strain. Britain on Saturday said it believed Ukraine could win, but feared it may be pressured into a “bad” peace deal. Russian missiles hit Kyiv’s central Shevchenkivskiy district on Sunday morning, […] 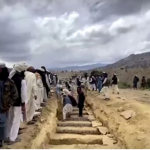 Scores of people dug graves to bury the earthquake dead in the Paktika province of Afghanistan amid massive aid from across the world, as the death toll from the tremors that jolted Afghanistan on Wednesday hit 1,000, with the number expected to rise. A 6.1-magnitude earthquake struck early Wednesday morning about 160 km, (100 […] 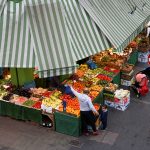 Soaring food prices pushed UK consumer price inflation to a 40-year high of 9.1% last month, the highest rate out of G7 countries and underlining the severity of the cost-of-living crunch. The reading, up from 9.0% in April, matched the consensus of a Reuters poll of economists. Historical records from the Office for National Statistics […] 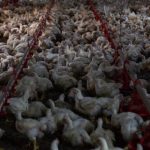 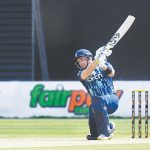 AMSTELVEEN: England broke their own world record for the highest team total in One-day International history after they smashed 498-4 in 50 overs against a hapless Netherlands side to win a one-sided contest by 232 runs here at the VRA Cricket Ground on Friday. Jos Buttler, Dawid Malan and Phil Salt notched up centuries […] 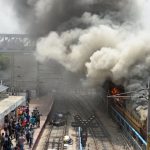 Prime Minister Narendra Modi’s government announced this week an overhaul of the recruitment process for the 1.38 million-strong armed forces, aiming to bring in more people on short, four-year contracts to lower the average age of personnel. But many potential recruits object, saying they should be allowed to serve longer than four years. Opposition […] 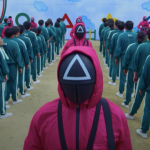 Netflix’s most-watched series is no longer just a fictitious television show after the streaming service greenlit “its biggest reality competition ever” called Squid Game: The Challenge. Unlike the series where the stakes are life or death, the worst possible fate in this 456 player competition will be leaving without the $4.56 million winnings, which Netflix […] 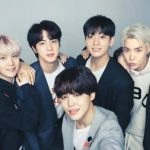 BTS, the South Korean band that spearheaded a global K-pop craze, is taking a break as a group to work on solo projects, the singers announced on Tuesday. Band member RM, speaking at the annual FESTA dinner that celebrates the group’s founding, said he had been feeling a need to explore his own work […] 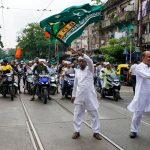 Leaders of prominent Islamic groups and mosques in India appealed to fellow Muslims on Monday to suspend plans for protests against derogatory remarks about Prophet Muhammad (Peace Be Upon Him) made by two members of the ruling Hindu-nationalist Bharatiya Janata Party (BJP) party. The message to avoid big gatherings was circulated after demonstrations took a violent turn […]