According to a new study that evaluated the effect of being more mindful about eating in a weight management programme.

The study – led by Carolyn Dunn, a professor and nutrition specialist at North Carolina (NC) State University in Raleigh – is being presented at this year’s European Congress on Obesity, held in Porto, Portugal.

Prof Dunn and colleagues evaluated the effectiveness of increasing mindful eating in an online weight management programme called Eat Smart, Move More, Weigh Less (ESMMWL), developed by NC State University and the NC Division of Public Health. Although it is preventable, obesity is not an easy problem to solve; many causes and contributing factors – including behavior, environment, and genetic predisposition – work together to initiate and maintain the disease.

Individual behaviour affects diet, amount of physical activity or inactivity, and medication use. Environmental factors – such as availability of a range of foods, opportunity for physical activity, education, and food marketing – also have a big impact.

Mindfulness is a type of Buddhist meditation during which a person focuses on their present thoughts, feelings, and sensations, and what is in their environment “right now.”

An important feature of mindfulness is to pay attention without judgement or evaluation – there is no right or wrong thought or feeling, there is only the awareness of what it is right now. Mindfulness entered the mainstream as a therapeutic practice in the 1980s through the work of people such as Jon Kabat-Zinn and his Mindfulness-Based Stress Reduction program at the University of Massachusetts Medical School in Worcester, where there is now a Centre for Mindfulness.

The programme uses an approach to mindful eating where the participant is invited to focus on many facets of dealing with and interacting with food, such as paying attention to how it tastes, noticing hunger and fulness cues, and planning mealtimes and snacks.

Mindful eating also invites you to just have “one or two bites” of foods that are higher in calories and “just savor the flavor.”

For their study – which takes the form of a randomized controlled trial – the researchers asked people looking to enrol on the ESMMWL if they would be willing to take part.

Of the 80 participants who said yes, 42 were randomly assigned to the intervention group and 38 to the control group (they were effectively placed on a waiting list).

The results showed that the participants who completed the programme (28 in all) lost more weight than the 36 who remained in the control group for the duration.

The average weight loss in the group that completed the programme was 1.9 kilogrammes (4.2 pounds) compared with 0.3 kilogrammes (0.7 pounds) average weight loss in the control group – a result that the researchers describe as “statistically significant.” All participants completed the MEQ, but the before and after differences in the total score and the scores on the subscales were significantly larger in the group that completed the program than the control group. The authors remark on their findings: “Results suggest that there is a beneficial association between mindful eating and weight loss. The current study contributes to the mindfulness literature as there are very few studies that employed rigorous methodology to examine the effectiveness of an intervention on mindful eating.”Separately, a new research has proved that there was such a thing as “beauty sleep,” after finding that just 2 nights of poor sleep can make one appear less attractive and healthy to others.

Researchers found that reduced attractiveness caused by lack of sleep may impact a person’s social life; people may be less willing to socialize with individuals who fail to get enough shuteye. Study co-author Dr Tina Sundelin, of the Department of Clinical Neuroscience at the Karolinska Institutet in Sweden, and colleagues recently reported their findings in the journal Royal Society Open Science. Sundelin and colleagues speculate that the effect of sleep deprivation on skin blood coloration may partly explain why poorly rested adults were rated less attractive and healthy.

“A healthy, attractive face is characterised by a certain degree of redness, which in turn is indicative of increased vasodilation and vascularisation,” they write. “Blood flow to the skin is strongly promoted by sleep and this vasodilation may be a way for the body to facilitate the distribution of endogenous defense agents. With a lack of sleep, blood flow to the skin is reduced, and according to raters faces look more pale after not sleeping.” While further studies are needed to gain a better understanding of the mechanisms underlying the effects of sleep deprivation on facial appearance, the researchers believe that their findings further highlight the importance of a good night’s sleep. The authors conclude:

“This study indicates that restricted sleep affects facial appearance negatively and decreases others’ willingness to socialize with the sleep-restricted person. It also adds to previous studies on facial appearance after sleep loss, showing that despite using a different scale, and a less substantial and more natural sleep-loss condition, the relationships between sleep, attractiveness and a healthy appearance still hold.” 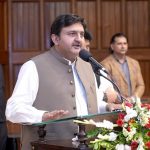