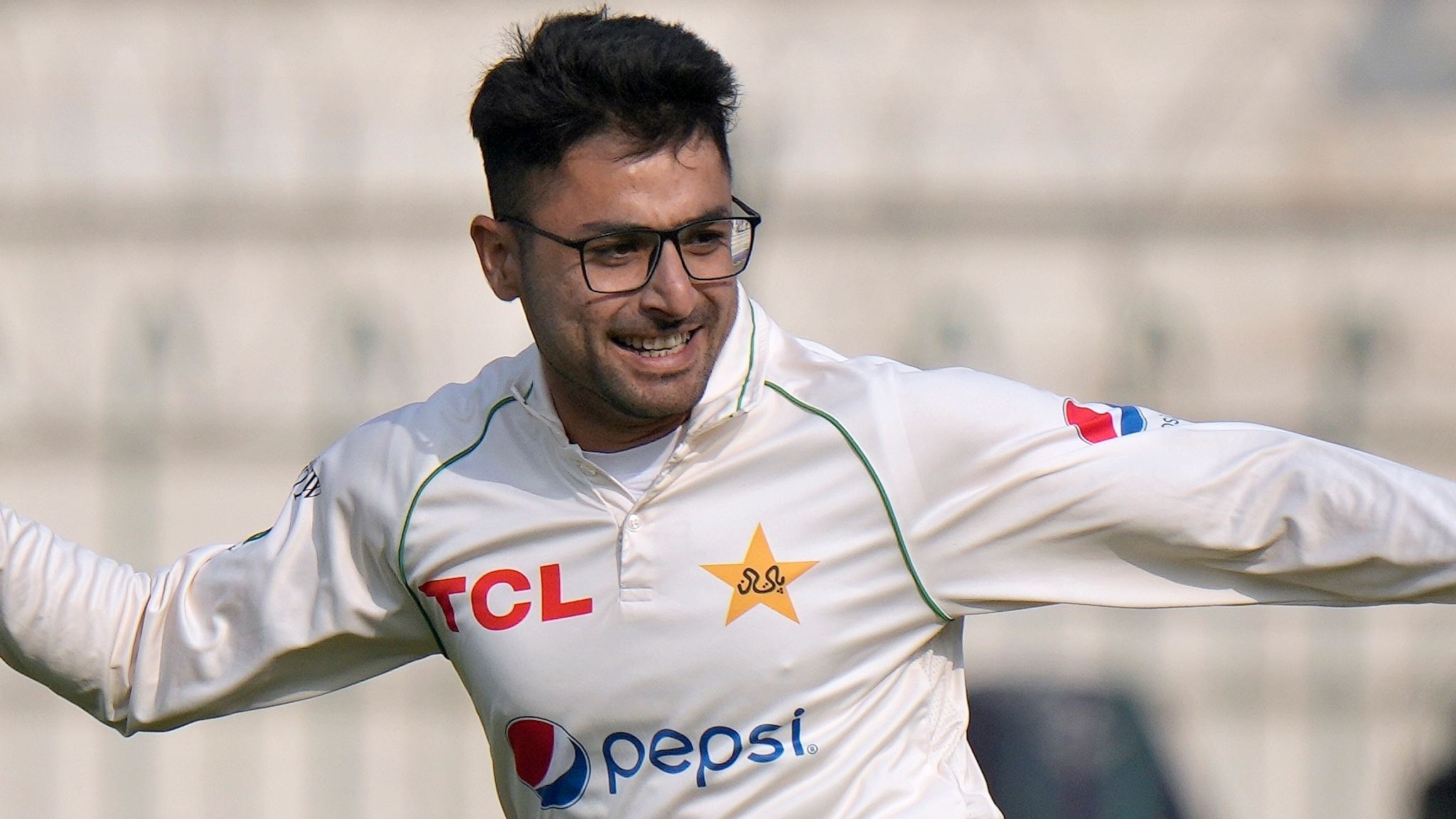 The debutante Abrar Ahmed spun the ball destructively enough to destroy an aggressive-looking England batting line up with a seven-wicket haul restricting visitors to a modest 281 in the first inning of the second test match at Multan Cricket Stadium on day one, Friday.

England entered the second test at Multan in a confident mode backed by their victory in Rawalpindi test, however, the mystery spinner Abrar emerged as spin maestro to frustrate the aggressive plans of English batters and inflicted first blow early when he bowled opener Zak Crawley on a delivery that came in and went through the bat and pads to hit stumps when England had put just 38 on the board.

From then on, the young spinmaster never looked back and went on to trim the English batting one by one. He conceded 114 runs for his seven wickets in 22 overs he bowled. The second test match of the three-match test series between Pakistan and England was being played at Multan Cricket Stadium where England won the toss and elected to bat first with ambitions to script another big score like the previous Rawalpindi test where they had scored a mammoth 657 in the first innings and won that test decisively by 74 runs in a remarkable display of the game of cricket.

Young Abrar made the difference in Multan test. After claiming the wicket of opener Zak Crawley, he got Ben Ducket, Will Jacks and Joe Root pinned before stumps, made Ollie Pope and Harry Brook play misjudged strokes to be caught by fielders, and bowled the captain Ben Stokes. England team went under pressure soon after the fall of first wicket at 38 runs.

The debutante spinner kept piling up pressure and took his second wicket when England total reached 117, third at 145, fourth at 164, fifth at 167, sixth at 228 and seventh by Abrar Ahmed at 231. Remaining three wickets were claimed by spinner Zahid Mahmood conceding. Ben Ducket remained top scorer with 63 runs and Ollie Pope with 60 runs.