Final phase of LG elections in AJK to be held today 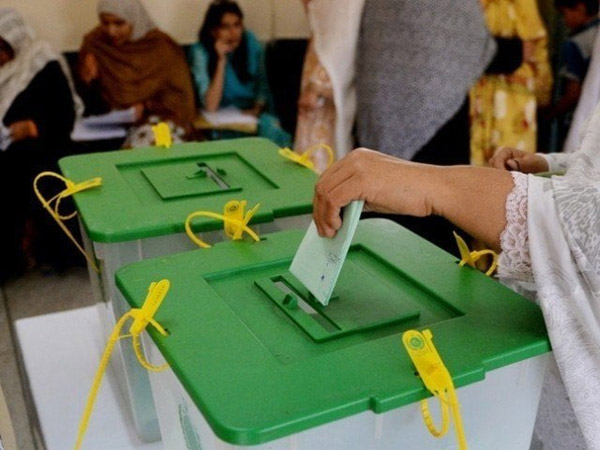 The third and last phase of the Azad Jammu and Kashmir (AJK) local government elections will be held today (Thursday).

This was disclosed in a high-level meeting of the AJK police and all three districts administrations at the commissioner office with Azad Jammu Kashmir Inspector General Police Dr Amir Sheikh in the chair.

The meeting was attended among others by Additional IGP AJK, DIG Mirpur, Commissioner Mirpur division, deputy commissioners of three districts and SSP Mirpur. The SPs of Bhimbher and Kotli participated through video link besides other senior officials of the divisional and districts administrations.

An AJK Police spokesperson told APP on Wednesday that in order to ensure the holding of the polling in absolutely free, fair and peaceful environment, Mirpur division had been divided into 21 zones comprising 234 sectors. The SSPs and SPs would head each zone.

A special high level AJK police monitoring team headed by the Additional IGP has been deputed to monitor the entire law and order situation during the electoral process simultaneously in all three districts of Mirpur division. At the same time, the central divisional HQ control room has started monitoring of the trend and the fake news on the social media related to the elections process and related matters, according to the spokesperson.

The LG elections in AJK are being held on political party basis. However, independent candidates are also in run to contest the polls to get into the civic bodies of all categories across the liberated territory. There are a total of 306 seats of local bodies institutions, including 27-seat district council, 46-seat Municipal Corporation, 202 seats of a total of 27 union councils, and 31 seats of three municipal committees, including those of Islamgarh, Chaksawari and Dadayal.

It may be mentioned that in first and second phase, the local government elections were held in Muzaffarabad and Poonch divisions, respectively, on November 27 and December 03.

Polling will start at 8am and will continue till 5pm without any pause. The registered voters present in the premises of the polling stations will be able to use their right of vote even after 5pm.