Lahore to be developed as smart city: Punjab CM 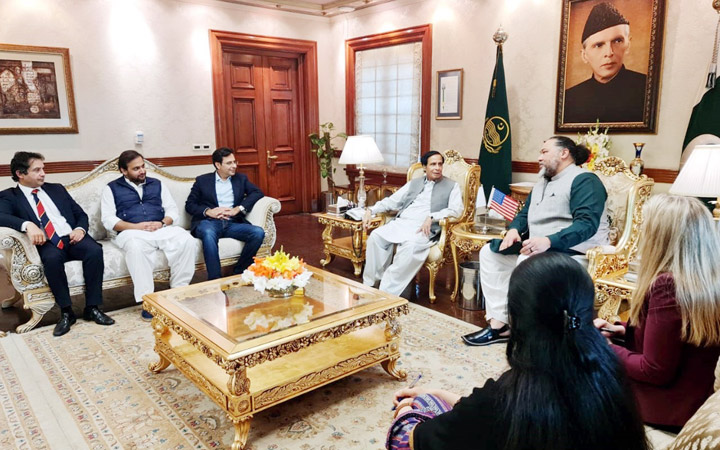 CEO Aga Khan Foundation Cultural Services Kh. Tauseef Ahmad called on Chief Minister Punjab Chaudhry Parvez Elahi at his office. A principled decision was made to develop Lahore as a smart city in collaboration with the Aga Khan Foundation Cultural Services and the CM also called for a feasibility report in this regard. He noted that Lahore will have the honour of being the first smart city in Pakistan. Digitalization of Lahore city will be done with the support of PITB while urban services will be provided through a mobile app, he added.

Alongside this, Baba Bulleh Shah’s mausoleum in Kasur will be revamped to restore its beauty to the pattern of the Wazir Khan Mosque. This will promote religious tourism while artists will be invited to sing the poetry of Baba Bulleh Shah, he concluded.

The Principal Secretary to CM and the secretary of the local government department were present. Meanwhile, Chief Minister Punjab Chaudhry Parvez Elahi has taken notice of the murder of mother and son in Sahiwal and sought a report from the IG police. The CM directed that the arrest of the accused should be ensured and justice be provided to the bereaved heirs, he added.

The CM congratulated Khayal Ahmad Kastro on taking the oath and expressed hope that he will fulfil his responsibilities well while burning the midnight oil to serve the people. The welfare of the masses is the focus of the government as it’s taking every step to give relief to the common man, he added.

Provincial Minister Raja Basharat, Chief Secretary Abdullah Sumbal, Principal Secretary to CM Muhammad Khan Bhatti, Principal Secretary to Governor Nabil Awan, secretaries and senior officials attended the event. Zero tolerance policy to be adopted in combating smog: Punjab Forest Minister Syed Abbas Ali Shah on Wednesday stressed the need for supporting the government in the measures to eliminate smog, and every individual had to realize his responsibility in preventing the causes of smog.

In a press statement, he said that strict monitoring should be ensured of those who were causing smog in the forests. In the context of environmental emergency, he said that all chief conservators should play a role in smog control. The Forest Minister said that a zero tolerance policy should be adopted to combat smog.